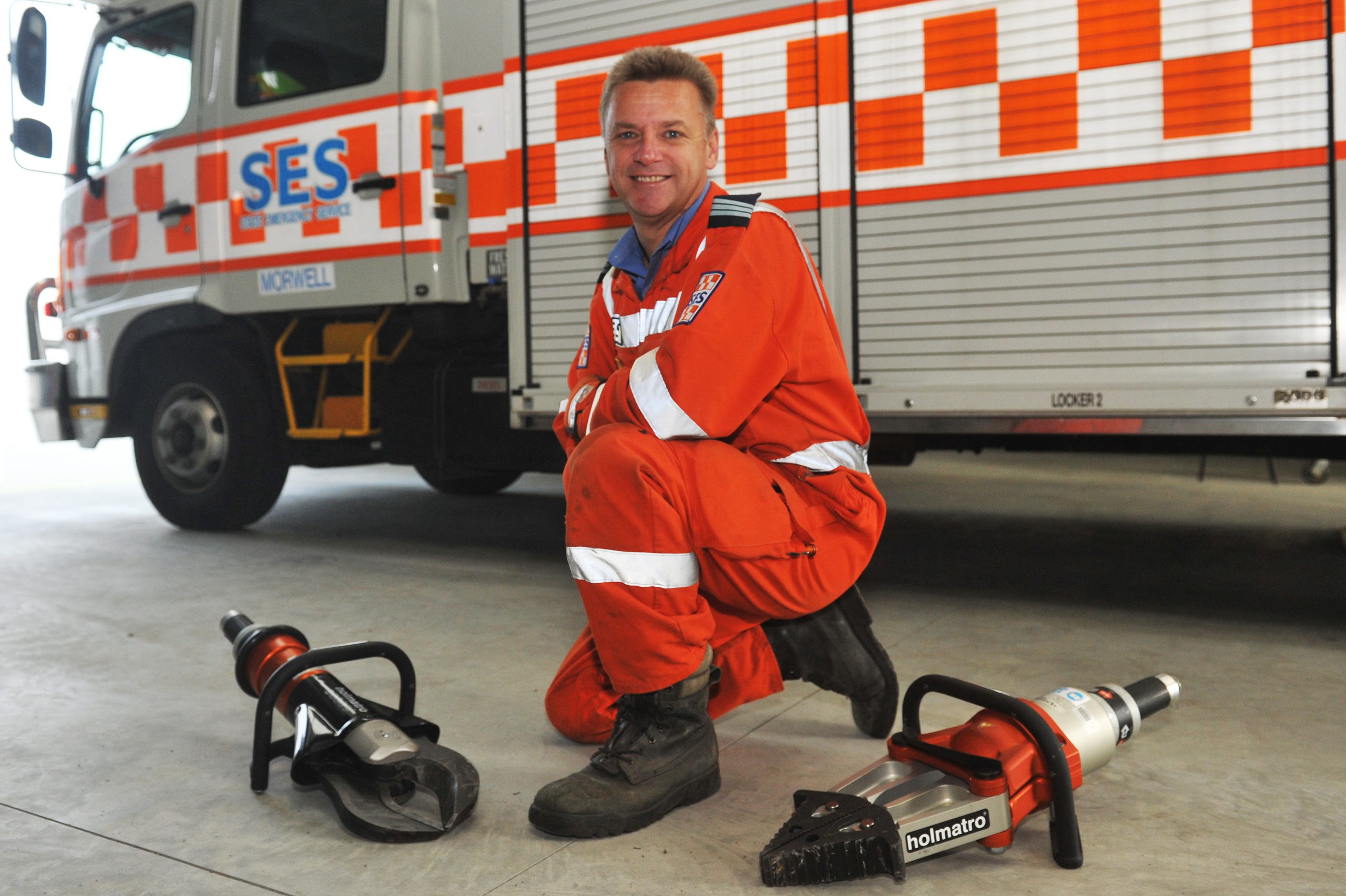 Veteran State Emergency Service member Mick Vanderzalm says there is no job description for what you get exposed to as a volunteer.

And Mick has seen it all.

In his 25 years at the Morwell SES, he has helped out in countless floods and storms locally and interstate; studied and taught road rescue overseas; and seen the devastation of road collisions.

“It’s been an amazing journey.”

On the Queen’s birthday, Mick was honoured with an Emergency Services Medal for his “exceptional leadership and dedication” as Morwell controller and once-acting controller at Rosedale.

“When I first started we had seven pagers and we had to share those seven pagers,” Mick recalled.

“We only had four coats and now everything is provided for you.

“The community has a greater expectation of the SES now.”

He said the most rewarding aspect of his job so far has been successful search and rescue operations; while the most challenging are those involving children.

“Whether it’s a motor car accident or whether it’s a kid lost, it’s just got a heightened sense of responsibility,” he said.

“We have quite extensive training when it comes to rescuing somebody.

“Psychologically it’s always harder because you may get called to a single car and it turns out to be a truck. The information is not always as correct as you’d hope.”

Mick said he could not have persevered without the support of the 40-member crew of volunteers at Morwell.

“All my officers and members are priceless,” he said.

Mick said he had stuck at it for the satisfaction of helping people.

“Yes, it’s getting called out in the middle of the night and not going on holidays because we haven’t got enough numbers. You just sacrifice,” he said.

“I’ve been bitten by a dog while trying to rescue someone in a car. I got bitten while helping someone into a boat.

“I’m just doing my job with my team.”