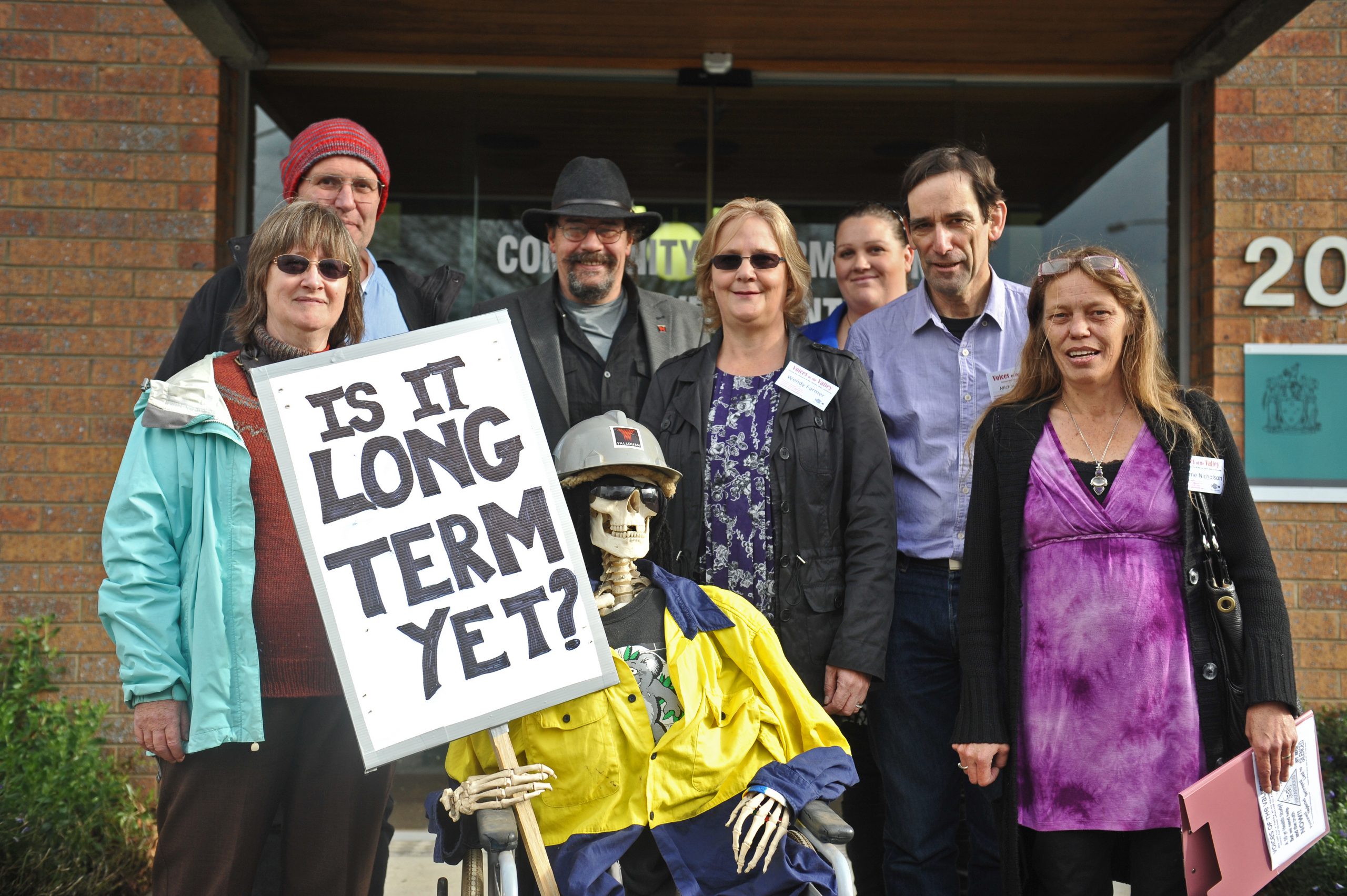 With health concerns as their priority Voices of the Valley, alongside medical professionals, rallied outside the Hazelwood Mine Fire Inquiry public hearing on Friday afternoon.

Led by newly-elected Voices of the Valley president Wendy Farmer, the rally included speakers with medical backgrounds who believed carcinogens community members were exposed to would have dire impacts on their future health.

Ms Farmer spoke of three different parents who had contacted her about babies who had suffered serious health concerns since the fire.

“We need health assessments and we need health help, people have financially been put in a position that they didn’t ask for,” Ms Farmer said.

He then joined Voices of the Valley upon its inception in February.

“My main message for everyone here today is that the poison is in the particles,” Mr Gunter said.

“The government would like to us think this way, but you cannot actually split off the (particulate matter) 2.5 from all the cancer-causing chemicals.

“As small as they are, the PM2.5 particles are packed with a huge cocktail of cancer causing chemicals.”

General practitioner and Greens candidate for Narracan Malcolm McKelvie echoed Mr Gunter’s concerns, and told the group that it was not only PM2.5 and PM10 they should be concerned about, but other finer particulates.

“These ultra fine particles are even more dangerous and they’re not even being discussed so there’s more to it,” Dr McKelvie said.

Morwell resident Margaret Mangion wiped away tears as she spoke of health concerns she held for her family.

“I look at my grandchildren and great grandchild and just want to cry, and do cry,” she said.

“This is because I know that they may never have a normal healthy adult life and that their lives have been possibly shortened by toxic air that they were forced to breathe on a daily basis.”

Ms Mangion said she believed the Latrobe Valley community was treated poorly and underestimated throughout the ordeal.

“We have been held in contempt regarding our intelligence, we are intelligent people but have been looked at as third world citizens during this time with many slaps in the face and non-helpful packages,” Ms Mangion said.