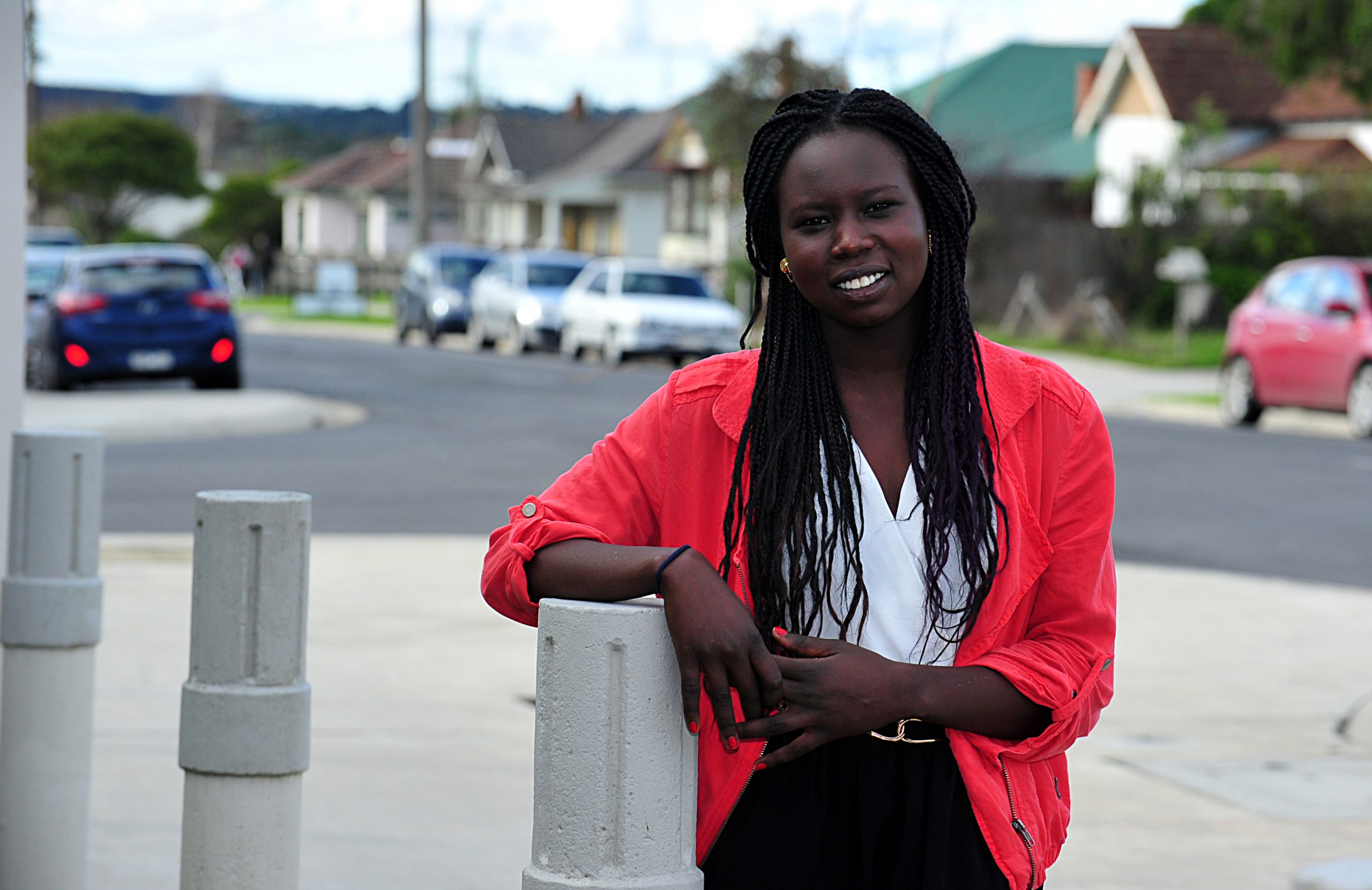 South Sudanese refugee Zanruwa Mazae has seen the struggle faced by new Australians and is among a team working hard to combat feelings of hopelessness and isolation within their communities.

Through the Centre for Multicultural Youth, 20 year-old Ms Mazae has successfully established a youth advisory group made up of Latrobe Valley residents from a range of ethnic backgrounds in a bid to support their communities to settle in.

“If you aren’t on your way, you’re in that cycle where you just feel trapped, and you don’t know how to get out of that,” Ms Mazae said.

“When you describe a refugee you always talk about trauma or violence, and then they get thrown into this new place and even though they have that resilience, it’s still very difficult.”

“Success for that generation would be for their children to go into the community and be able to function and come back home and still be that person that you’re expected to be,” she said..

“(It’s about) getting out of the cycle of constantly being given assistance… to be able to have your children go out there and be working and employed and at the same time maintaining culture.”

When asked whether she believed the Latrobe Valley community had been welcoming of refugees and immigrants, Ms Mazae said each individual’s experience was different.

She said assisting refugees was a matter of doing small things “from the heart”.

“My neighbour is a Greek lady, you can tell that they’ve also been a part of that whole navigating the Australian system,” Ms Mazae said.

“The first time my mum met her, she offered us her lawnmower.

“It’s about showing people how to do things, rather than doing it for them and understanding that the people are coming to Australia not because they want to, but because they have to.”

Ms Mazae said she hoped to see her generation integrate into the community and “not feel like they’re one step behind”.

She said she wanted to see new residents get involved in local government and become employed.

“You go to Mid Valley (Morwell) and you’re be lucky to find two people from ethnic groups (working),” she said.

“I would like to see more young people working in our local Mid Valley.

“I would like to see our women share things, you know, share a bit of themselves, of what they can create or what they can teach.”