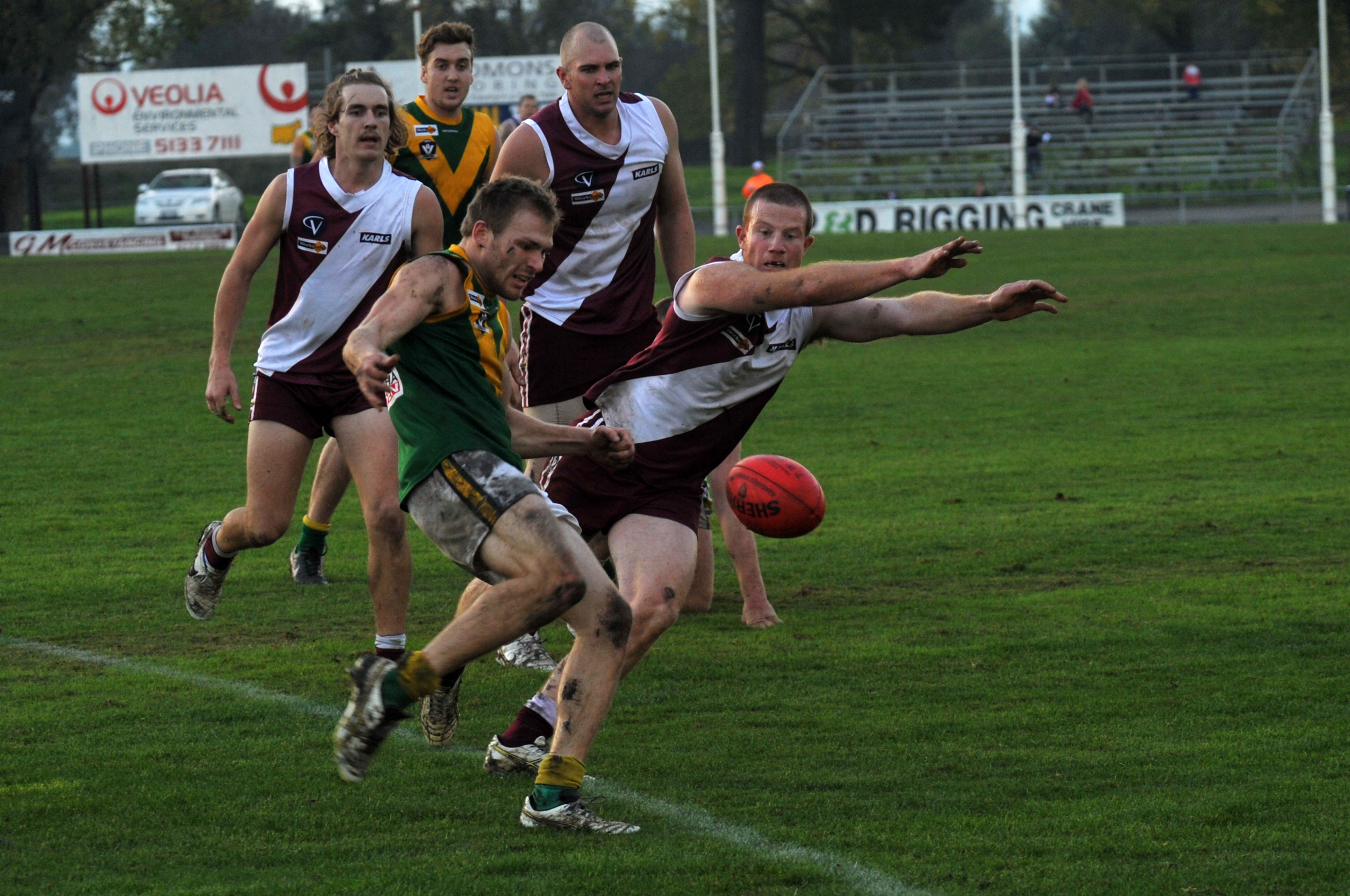 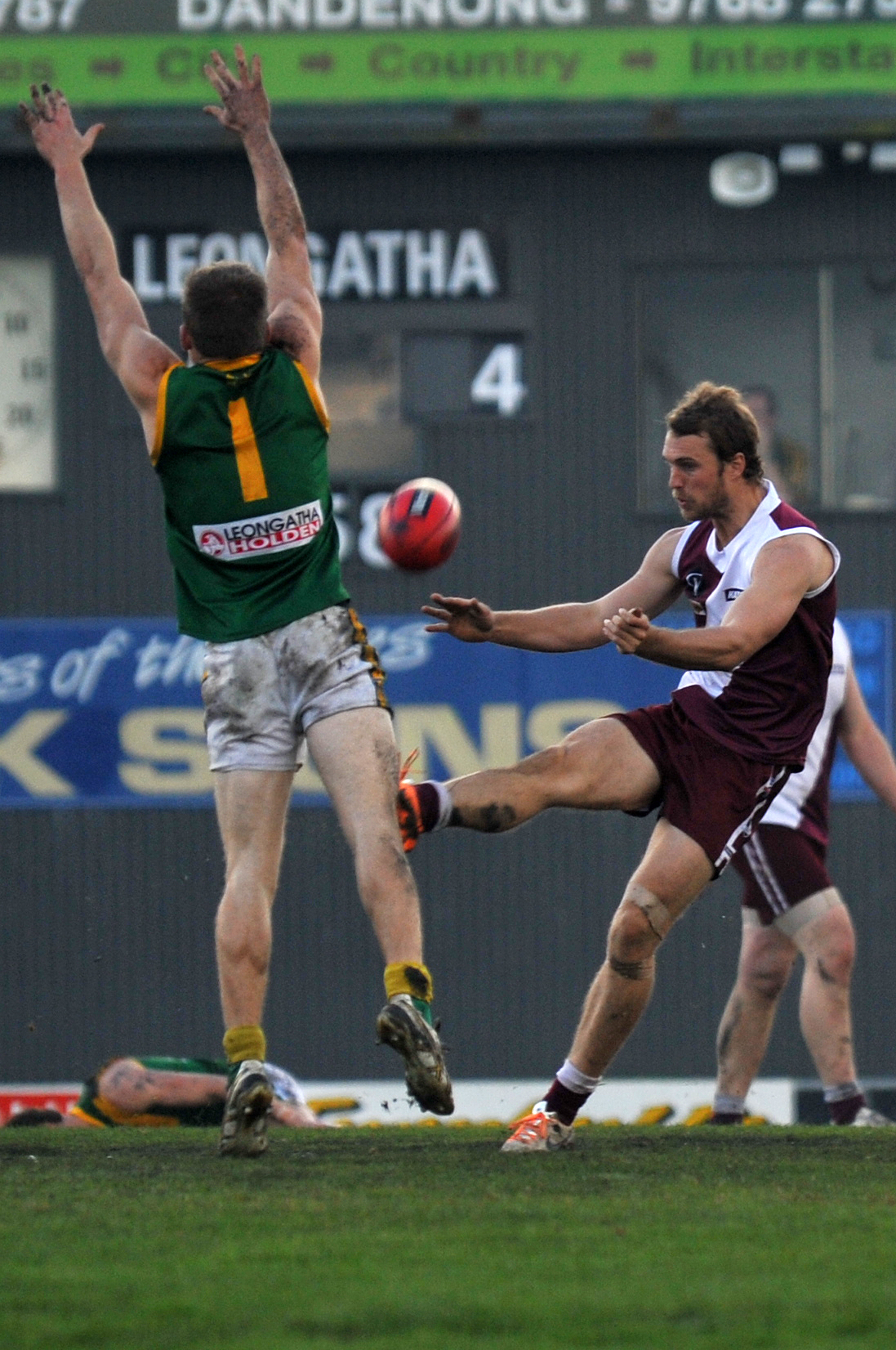 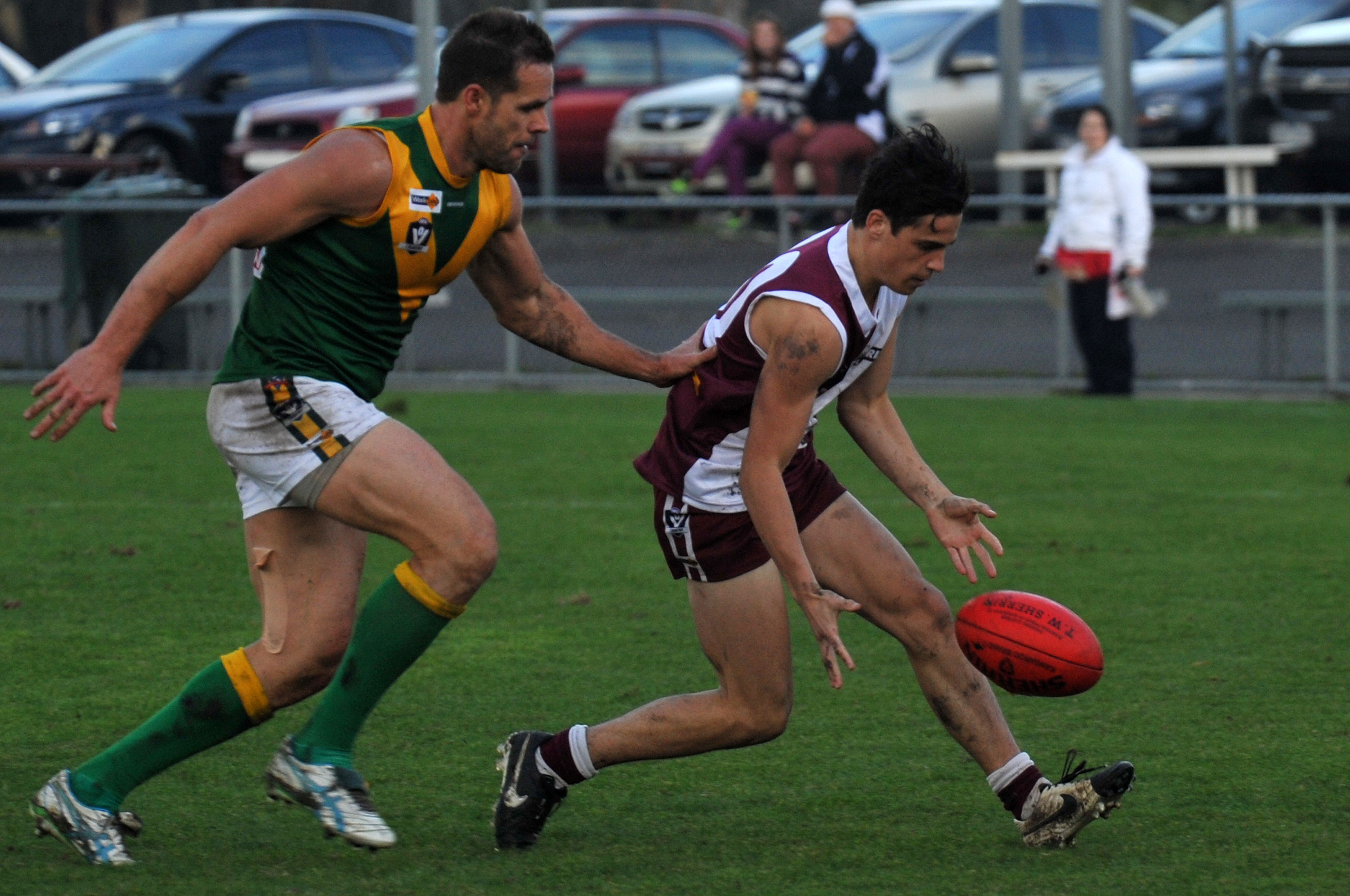 MORWELL suffered its first defeat since last year’s historic premiership on Saturday, losing to Sale on the road by four points.

Despite working their way back into the match and hitting the front with five minutes to go, the Tigers were unable to hold on against last year’s runner up in the grand final rematch.

“I was very proud of our boys’ effort post a short turnaround… It was unfortunate we weren’t able to hang on after hitting the front, but that’s footy,” Morwell coach Harmit Singh said.

The loss put an end to Morwell’s eight game winning streak, in a replica of last year’s round nine defeat to the same opposition.

Singh was full of praise for the Magpies, who have not lost a game at home for more than 25-matches.

“We respect the Sale footy club, it was a fantastic contest and they were the better side on the day and in the end got the four points,” Singh said.

“We take some key learnings from the match and we will look to invest better in a couple of key areas.”

There were plenty of good signs for the Tigers; they came from 22-points down at three-quarter-time to fall less than a kick short of a ninth win on the trot.

“Under 16 Vic Country Representative Ben Ainsworth was outstanding and he’s a player destined for higher honours, while Dean MacDonald was again impressive up forward,” Singh said.

“Michael “Chunky” Duncan played a great game at full back.”

Morwell remains at the top of the Gippsland League ladder, ahead of Sale only on percentage.

Leongatha posted its biggest win of the year, disposing Traralgon for the first time in 2014.

Trailing by 18-points at the last change, Traralgon booted the opening two goals of the last term to put itself in the box seat.

However, the Parrots were not going down without a fight. The visitor slammed on three final term majors to run out winners by 21-points.

“In the context of the season, it’s probably the most important one, we have knocked off sides but this is the first one against a side that is going to be around in the finals,” Parrots coach Glenn Garner said.

“We are one game out, and we obviously have the same run home that we have had the past five weeks. We have won four out of five, so we just have to stay in touch, if we are going to be any good though we have got to knock off the sides above us.

“The next month will be a really good test because we have got all of them.”

Garner was once again delighted by his side’s finish.

“We have been doing that all year… giving away starts and being able to work our way back into the game,” he said.

“I told them to enjoy it, don’t get too carried away, that it’s round nine and we have got plenty to work on. But I think now there will be a bit of belief if we stick to it.”

The loss has left Traralgon’s season up in the air.

The Maroons sit in sixth, a game outside the five and on equal points with Leongatha.

“This is not the end of the season but it’s going to be hard from here on in,” a disappointed Traralgon coach Paul McCulloch said during his post match address.

“We are missing what were trademarks and hallmarks of the club… good skills and supreme fitness.”

“Halfway through that last quarter where the game was there to be won, we had nine more scoring shots on goal, 11 more inside 50s for the game, we dominated for two and half to three quarters,” he said.

Moe showed its continuing to improve during its first half against the third placed Bairnsdale at home on Saturday.

The Lions were within two points of the Redlegs at quarter time and 10-points at half-time.

The visitor managed to establish a lead with a six goal to one third term and went on to win by 65-points.

Wonthaggi’s 167-point win over Warragul saw the Power move into fourth on the Gippsland League ladder.

In a best on ground performance, Troy Harley kicked six of of the Power’s 27 majors.

Maffra’s fifth win of the season was never in doubt when it travelled to Drouin to take on the Hawks.

The Eagles kicked a massive 14-goals in a dominant opening term, which set up the 160-point win.

Darren Sheen kicked 13 goals for the day to go top of the league’s marksmen.