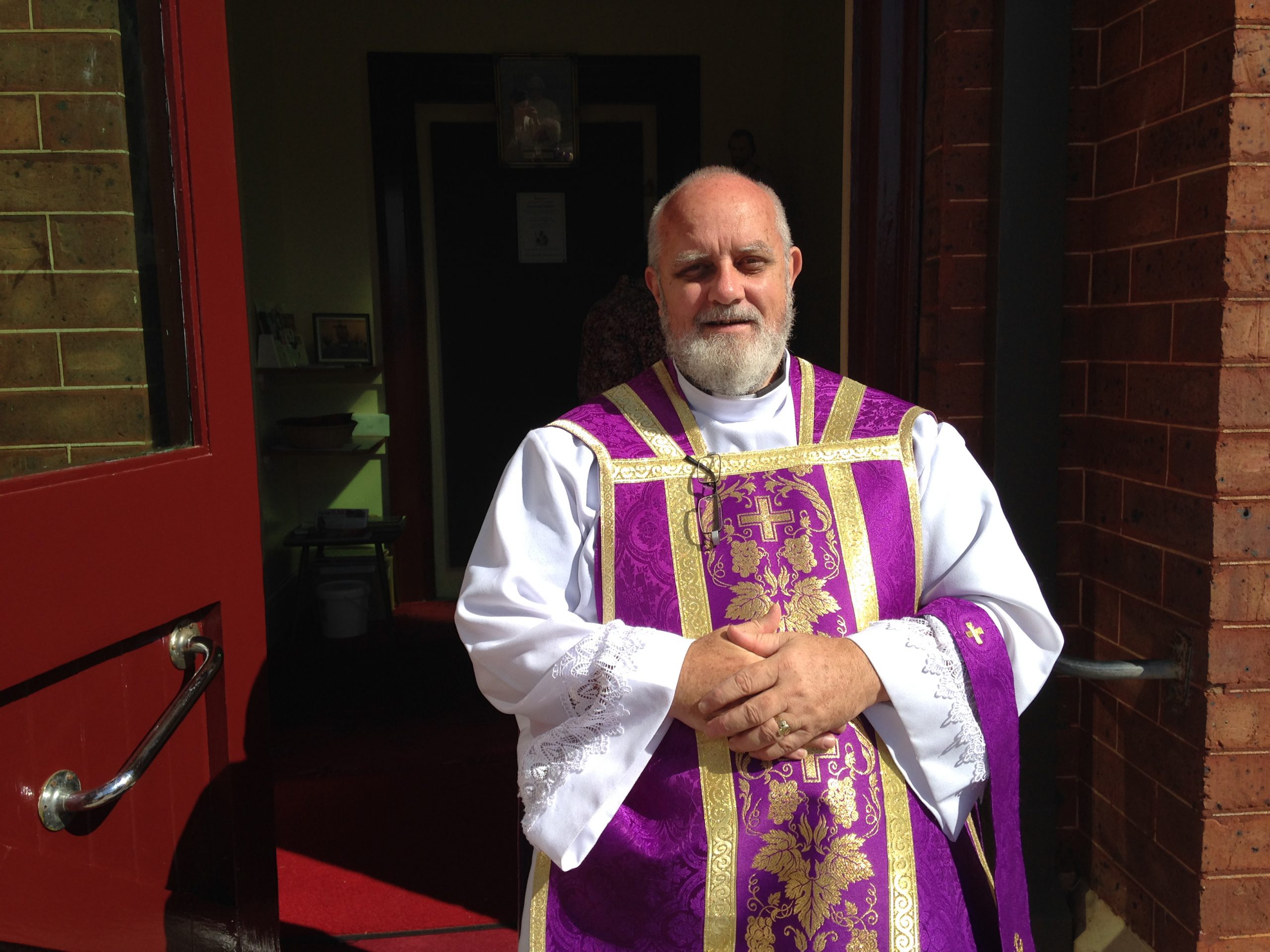 A married Catholic priest celebrating mass may seem unusual if not scandalous for some people, but in Heyfield and Cowwarr, Fr Ken Clark is treated like any ordinary clergyman.

Ordained as Catholic priest on 19 October 2013, the 59 year-old was the first Anglican minister in Gippsland to be appointed to the Catholic clergy.

This followed a decision by Pope Emeritus Benedict XVI in June 2012 to establish the Ordinariate Rite.

This allowed those from the Anglican tradition to be “welcomed back” to the Catholic church.

Called The Personal Ordinariate of Our Lady of the Southern Cross, the Ordinariate church in Australia is the third worldwide.

Unlike the Sale diocese, the Ordinariate church is non-geographical, although it celebrates Sunday mass at St Michael’s church in Heyfield and on Wednesdays at St Brigid’s Catholic Church in Cowwarr.

Fr Clark said the Ordinariate was not a breakaway movement of the Anglican church since the congregation was originally Catholic until the Reformation.

“There was no ‘defection’ from the Anglican Church, there was a gradual realisation on the part of many that our home was the Catholic Church; so all of us that have come from Anglicanism have come home, a home for which we have longed for many a year,” he told The Express.

Fr Clark said the Ordinariate was open to all Catholics, not just former Anglicans. Fr Clark was Anglican for 40 years and was minister in the church for 18 years.

He married Carmel in 2002 and co-manages the Maffra Motor Inn with her to help fund the ministry.

Under the Ordinariate, former Anglican priests who were married may be ordained as members of the Catholic clergy on a case-by-case basis and must seek permission from the Pope.

In the case of Fr Clark, he had written to Pope Francis asking dispensation from clerical celibacy.

“All members of the Ordinariate hold that clerical celibacy is the norm for all members of the Latin Rite, and if their wives predecease them, they will uphold their vow of celibacy,” he said.