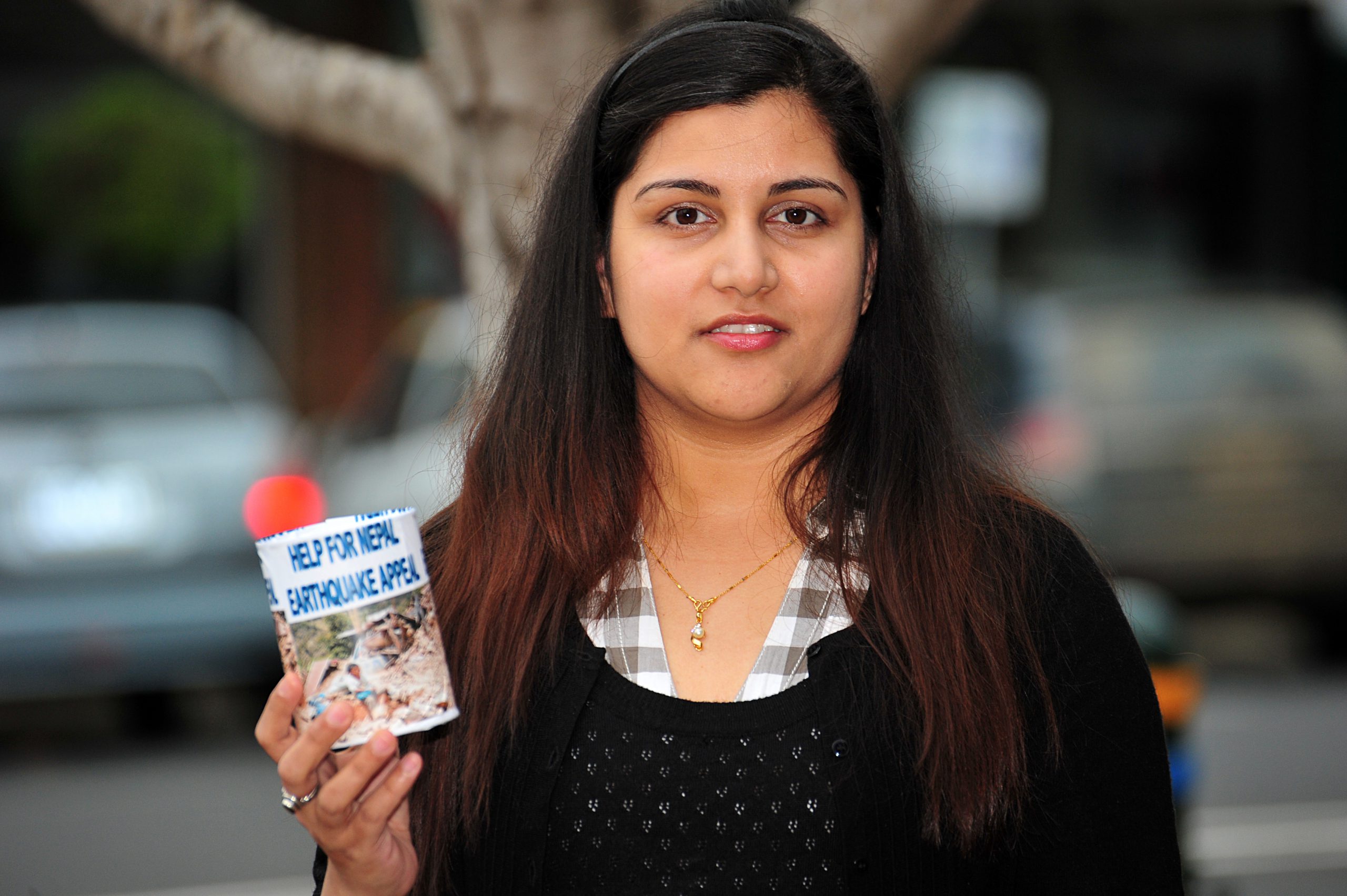 Nepal’s continued struggle to recover from two massive earthquakes has prompted a Traralgon resident to begin a fundraising drive to help thousands of victims.

Amira Karki said it broke her heart when she saw how fellow Nepalese struggled to survive because no help was available.

“I cried so many times when I watched people crying in their interviews especially where the government was not helping them,” she said.

Ms Karki, who arrived in Australia four years ago, contacted a friend who worked for a Nepalese non-government organisation and asked how she could help the earthquake-battered country.

She then approached the Gippsland Multicultural Services for help in reaching the local community for the fundraising drive.

Ms Karki has placed collection cans at the GMS office in Morwell and at other shops where people can donate.

The Nepalese government has recently appealed to international donors to support the country’s reconstruction plan, estimated to cost $8.5 million over five years.

GMS director Lisa Sinha said while Nepalese community living in the Latrobe Valley was small, they were an important part of the region’s history.

Ghurkas belong to a group of fearsome Nepalese fighters who were integrated by the British Army during its empire-building in the last century.

Ms Sinha said the fund drive would only accept monetary support as donated goods were taxed in Nepal and were likely to get caught in bureaucratic hurdles.

She said the fundraising would continue for months as the incoming monsoon season in Nepal was expected to make relief efforts more difficult and dwindle media attention and public interest.

Money raised for the cause will benefit four communities badly impacted by the earthquakes.

To donate to the relief efforts, look for marked tin cans at local shops or deposit money to the GMS account – BSB 033643, account 205254. All donations are tax deductable.