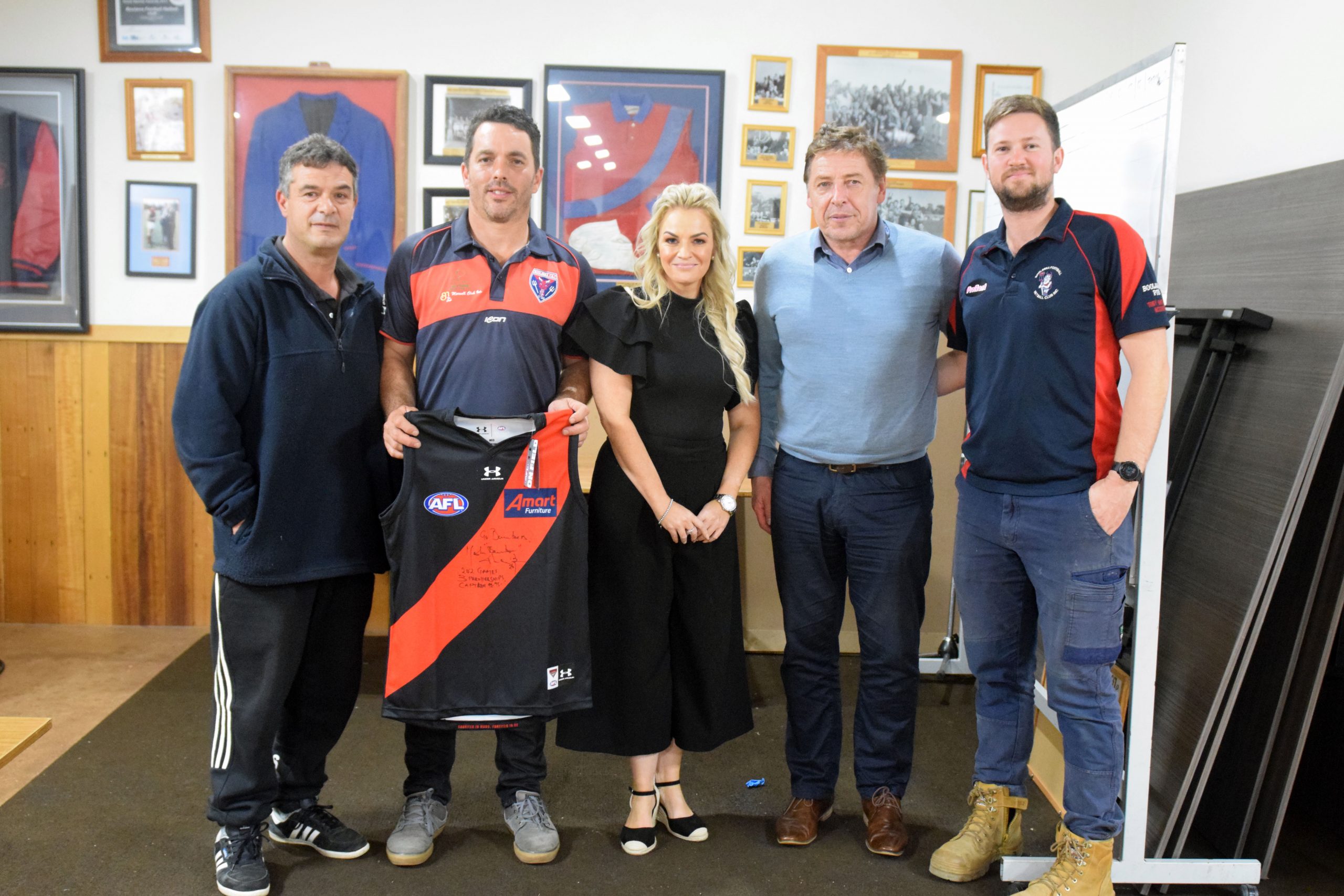 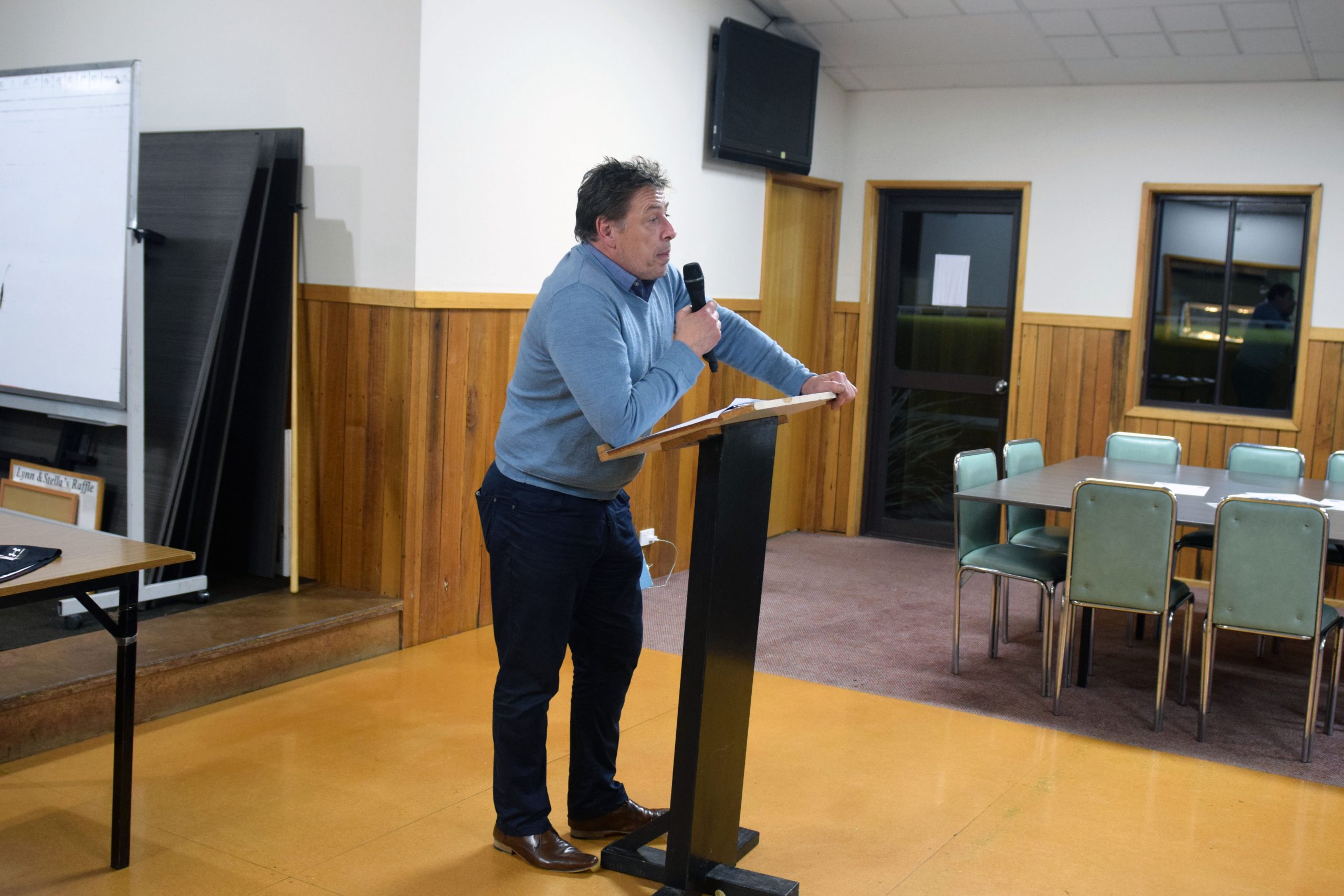 THE Boolarra community were given a special treat last Thursday night as legendary AFL coach and player Mark ‘Bomber’ Thompson visited the football club for a special presentation.

Thompson entertained the locals for over two hours as he retold thrilling stories from his football career, opened up about his personal battles and answered every question from the boisterous crowd.

Speaking with The Express, Thompson said it was a thrill to be out speaking at country football clubs again.

“I really enjoy getting out of the routine of just working every day and coming out and seeing the country and watching the grassroots of the game,” Thompson said.

“I still have a huge passion for the game and it is just good to see country boys turning up after work and just having a train, yelling at each other, it is really pure.

“This is the first talk I have done in probably three years, I used to do a lot of them when I finished in the AFL travelling all of Australia I loved it, I have seen so much of the country because of them and met some fantastic people.”

With mental health becoming such a prominent issue in regional communities, the basis of his presentation centred on raising awareness for this problem and how it can be addressed.

He hopes telling his story will encourage locals to speak up and seek help regarding their own mental health issues.

“Too many people lose their lives because of it, too many people lose hope and they do not feel confident therefore seeing them not do their job as well and not communicate with their family as well, they struggle with a lot of things when they get ill in the mind,” he said.

“It is just a really important issue, we all have to accept it we should not look at it as a terrible illness rather something that can be recovered from, and so I hope my story can inspire people to speak up.

“My talk is a little different now than it was before, being less about football and more about just being a good person and having a bit of a purpose, I realised the people that have reached out to me are those who have gone through this problem themselves so I feel it is my duty to come and assist.”

Along with these important messages, football also featured heavily in his presentation as Thompson said he has rekindled his love and passion for the game.

“I watch the game more now, there was a period there were I did not watch it all but now I am back and actually helping a young kid how to kick so that has been really exciting,” he said.

“I have started to watch the Bombers and I am really happy to see their young players do well, although they are not winning all the time the brand of footy is right and Geelong I think they are just slow starting because of the late Grand Final so hopefully they start to crank it up.”

He also gave his opinion on the impact of the new rules.

“I really like it and how the game has opened up,” he said.

“A friend of mine is running it in Steve Hocking and I knew that he was strong and is a risk taker and sees it differently so he has backed himself in here.

“I was hearing all these criticisms about this stupid rule earlier in the year but now it has worked and he is of course getting all the kudos, I just hope the coaches do not work out how to defensively control it again but at the moment the game is looking great.”

Looking back over his career as a coach, Thompson highlighted two players that stood out in that dynastic Geelong team of the mid to late 2000’s.

“I had many, many good players but I think Matthew Scarlett is probably the best Full Back that has ever played, he just revolutionised the game as he would go and get 20-30 possessions playing on the opposition’s best player, and he was a great leader in controlling what we did on the field,” he said.

“Then there was Gary Ablett Jnr who is probably the best player I have ever seen, everyone loves big marks, spectacular goals and things like that, but little Junior to win so much of the ball and to impact the game the way he did was just remarkable.”

Along with his work in raising awareness for mental health, Thompson has discovered a new passion in life that takes up the majority of his time.

“When I stopped work I started watching a lot of YouTube just to educate myself in what is going in the world, I came across these timber tables and just loved them and thought I would love to do that one day,” he said

“So I just decided to do it and I am absolutely loving it, it gives me a good reason to get out of bed and out of the house and people are buying them so it gives you good reward.”