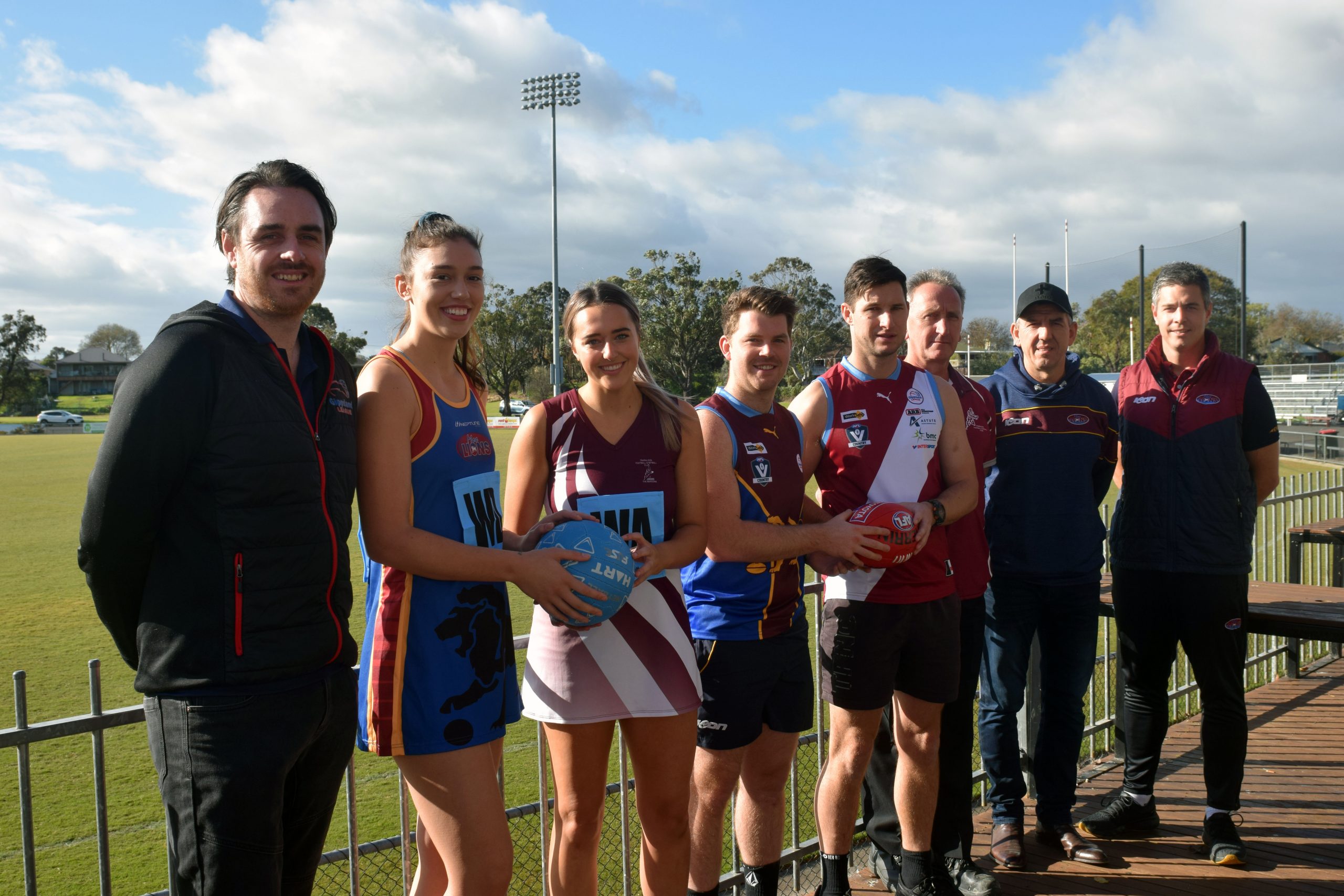 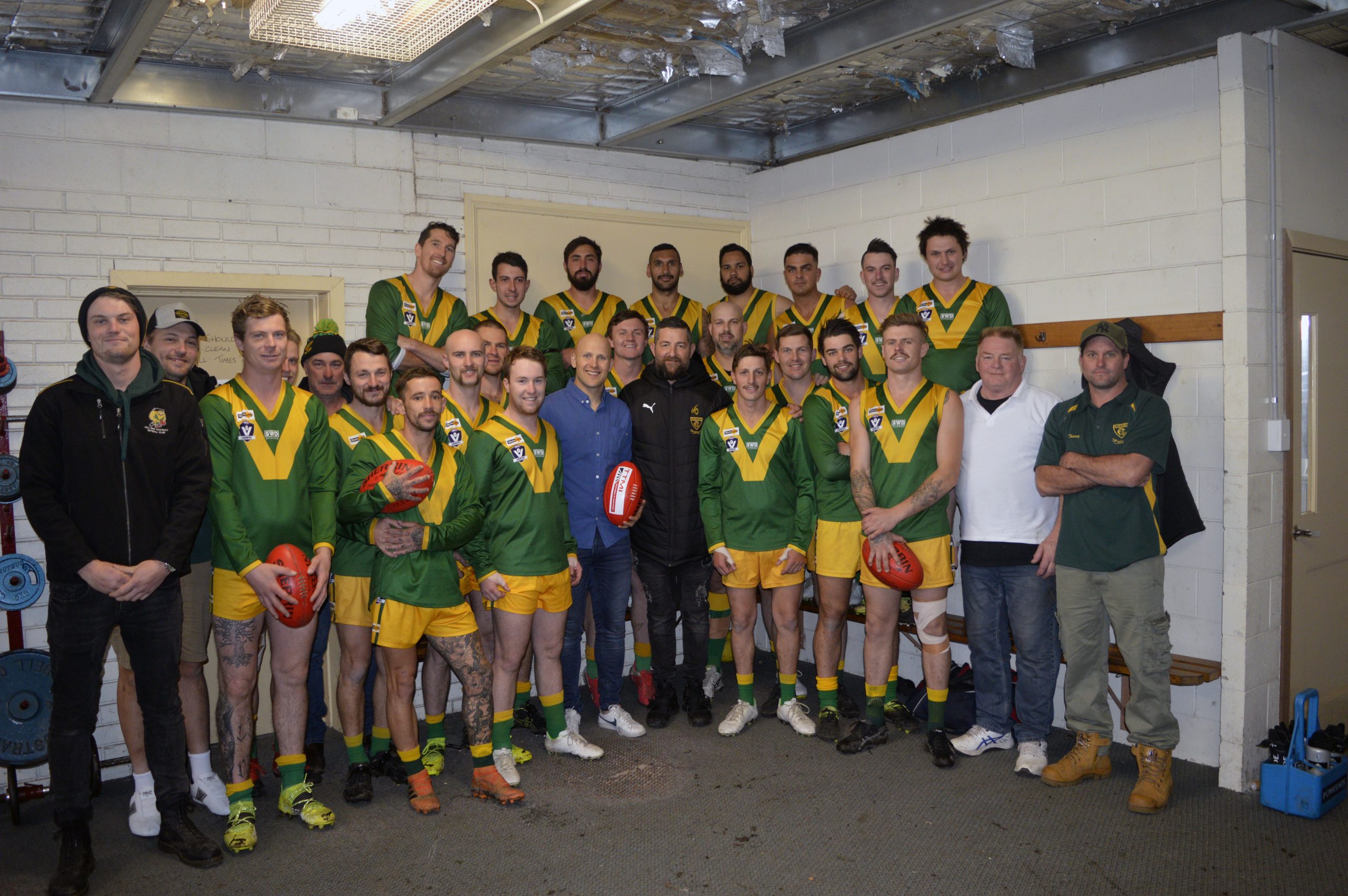 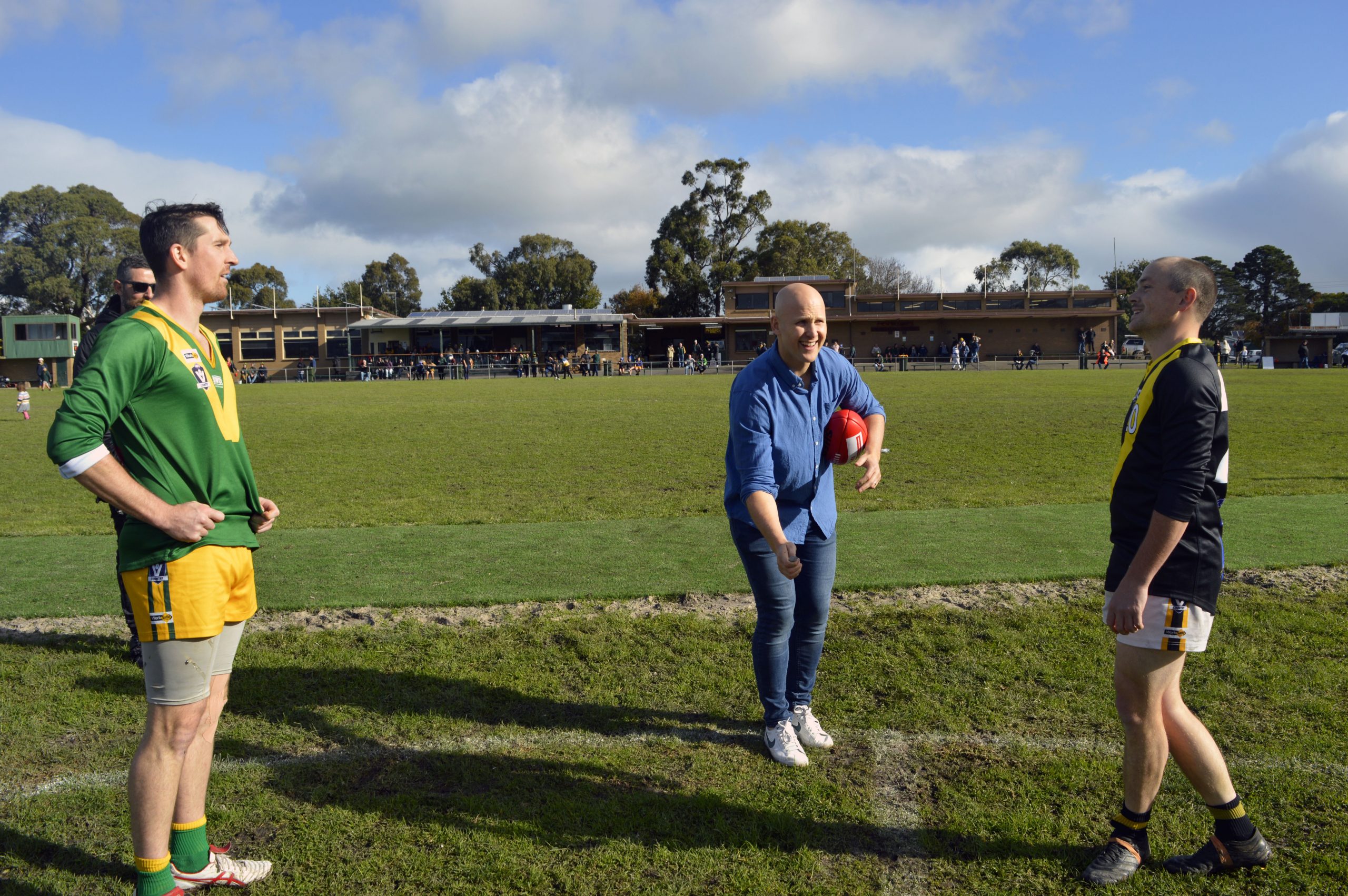 A Mid Gippsland League top of the table clash was surprisingly not the main attraction at the Willow Grove Recreation Reserve on Saturday afternoon, with the presence of AFL legend Gary Ablett Junior stealing the show.

Old friends with Hill End Senior Coach Mike Santo, Ablett thrilled the strong crowd with stories from his career, rare items (including a jumper and ball signed by himself and legendary father) and multiple photograph and signature opportunities, before tossing the coin prior to the senior match against Mirboo North.

Speaking with The Express, Ablett said it is a thrill to go out and visit country football clubs.

“I really enjoy doing things like this, getting out and seeing country footy which is something I was not able to do while I was playing, so now that I am retired it is something I keen to do a lot more of,” Ablett said.

“To be able to come here and connect with people and be part of a day like this is just great, and although it was a long drive coming from Torquay, I am really looking forward to seeing how the boys go and watching some local footy.”

This was not his first trip up to the Gippsland area, with family roots in the area making it a very special place to come and visit.

“I know this part of the world very well, my dad grew up in Drouin, so I spent a lot of time around this area as a kid so it is always nice to come back up and pay a visit,” he said.

“Having a lot of family all through Gippsland it is always great to go and see them as well, so whenever there is a chance to come up here I enjoy what is a beautiful part of the world.”

These family connections and a close relationship with Hill End coach could see the ‘Little Master’ put on the boots and make a come-back in the years to come.

“Although it is something I probably won’t be able to do at this stage given I have just had my third shoulder reconstruction, who knows what the future may hold,” he said.

“I might miss it in the future and put my hand up for a game, if I was to play it would not be a full season only a game here and there, I could even run around and have a game up here in the next few years.”

Looking back on his illustrious 357-game career, Ablett shared a couple of his fondest memories.

“First and foremost it is the premierships that really stand-out, which is of course why we play football so to be part of two of them was very special,” he said.

“First game as well was a standout, it was always a dream of mine to play at the top level and I still remember that day very clearly playing in front of 45,000 people at the MCG.”

When it comes to players he had the privilege of playing with and against, Ablett highlighted three names.

“In terms of players I played with Joel Selwood would be the one for me, his courage and leadership is second to none,” he said.

“Played against, it would be Chris Judd and Lance Franklin, I say that because they are guys who have been able to play at a high level over a long period of time, not just dominate for a year or two, which I think makes them true champions.”

Hanging up the boots at the end of last season, he gave an update on retired life and some projects he currently has in the works.

“I am really enjoying retirement, getting extra time with family is always nice and I can now invest time into other things I am passionate about, playing the game I love for 19-years was a true blessing but I was absolutely ready for what’s next,” he said.

“I have a few businesses up and running, a media platform called Exclusive Insight, which I am investing a lot of time into, I run fitness retreats all up through Queensland and I am about to launch a charity called Active Faith, so I have plenty to transition into it.”