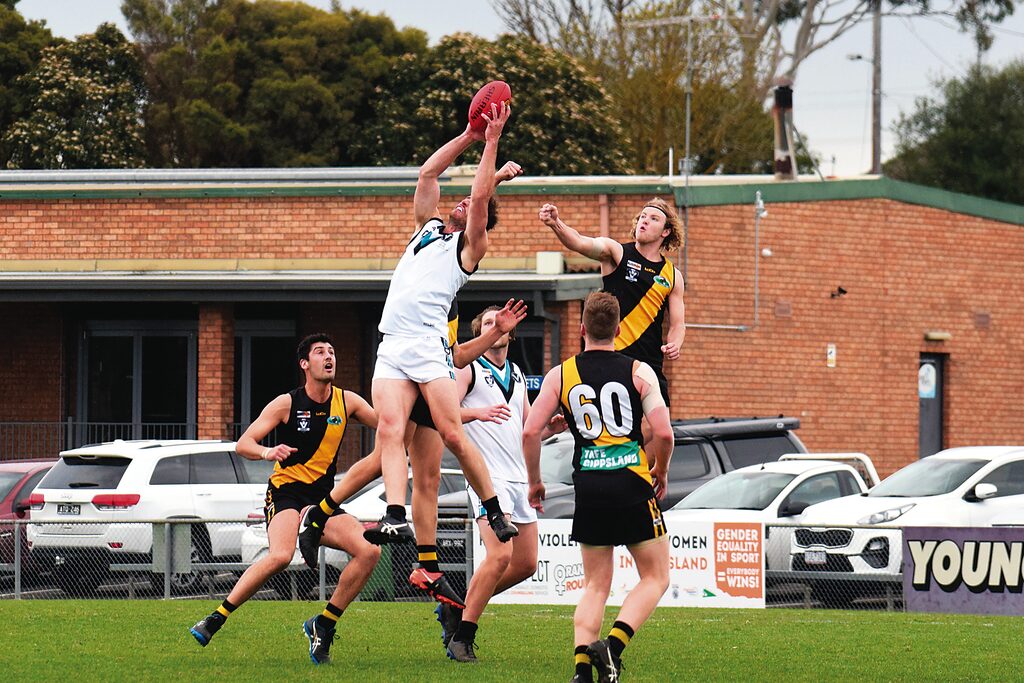 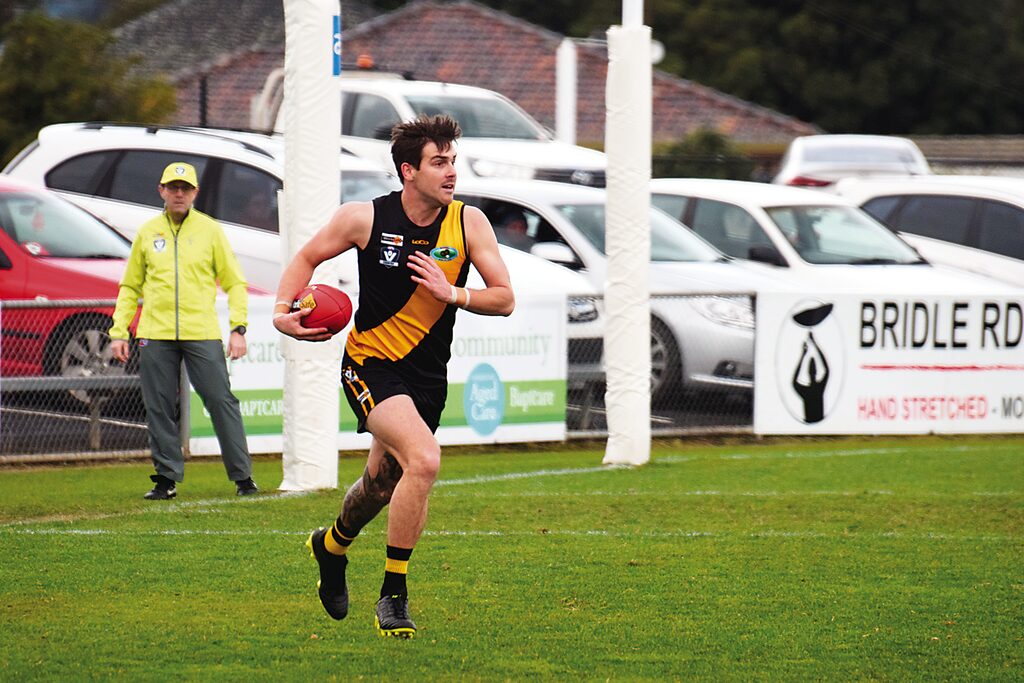 Skyscraper: Wonthaggi’s Troy Harley gets some air time to take a strong mark against Morwell. Harley kicked four goals for the Power in their win. photographs tom gannon