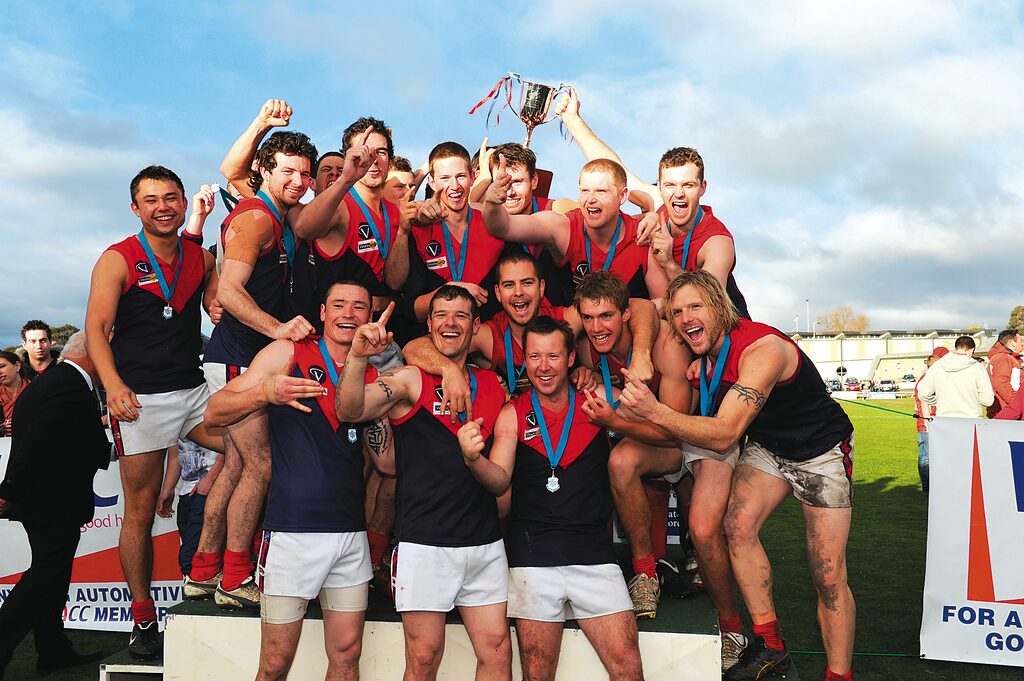 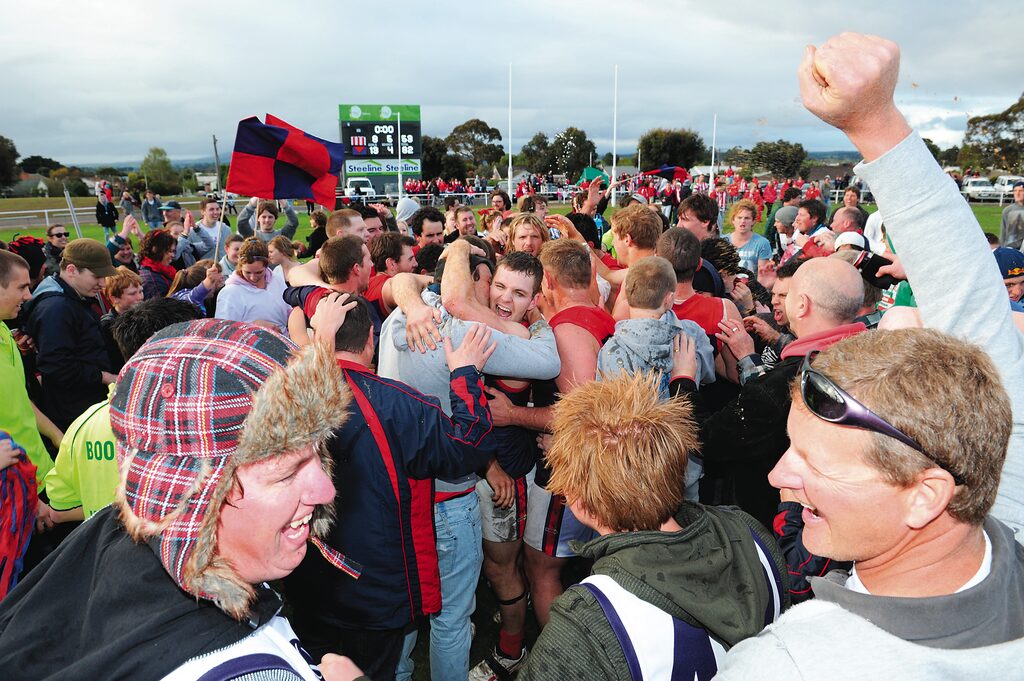 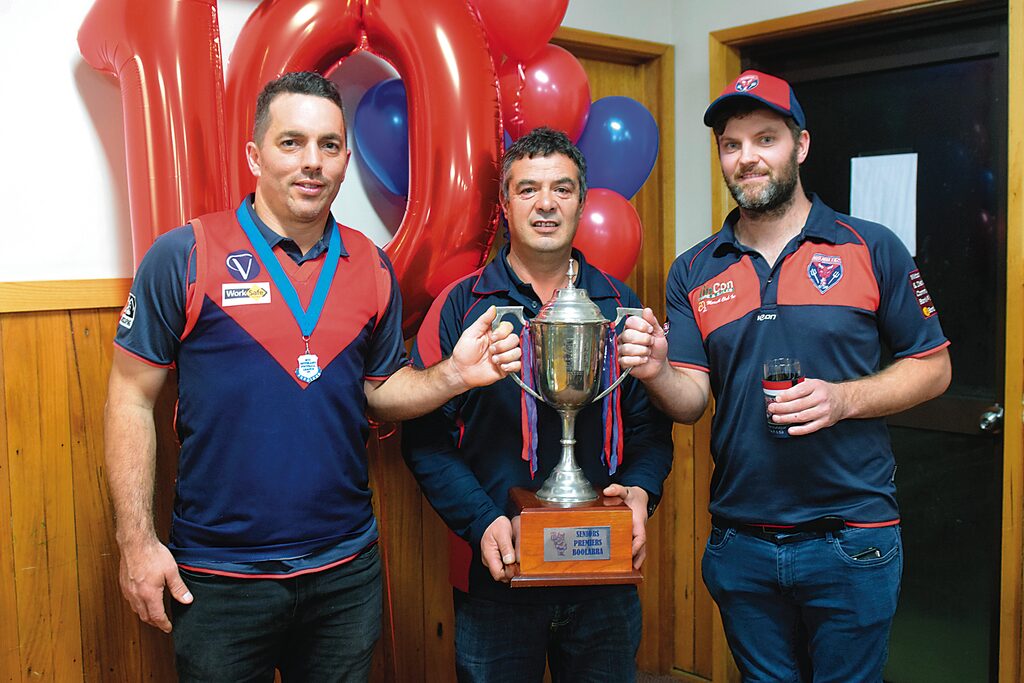 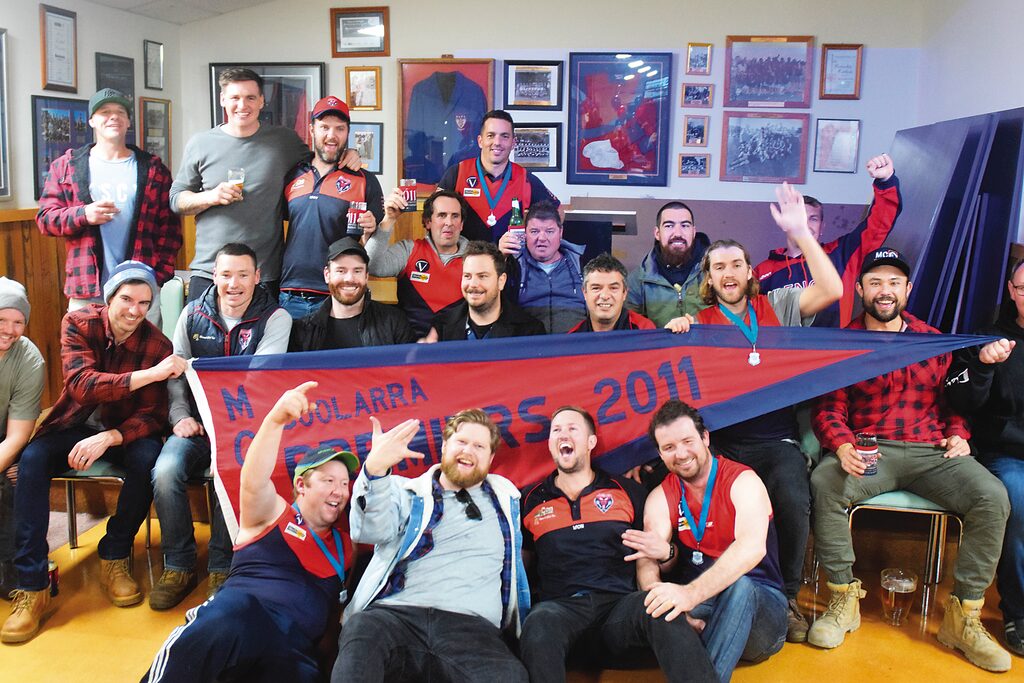 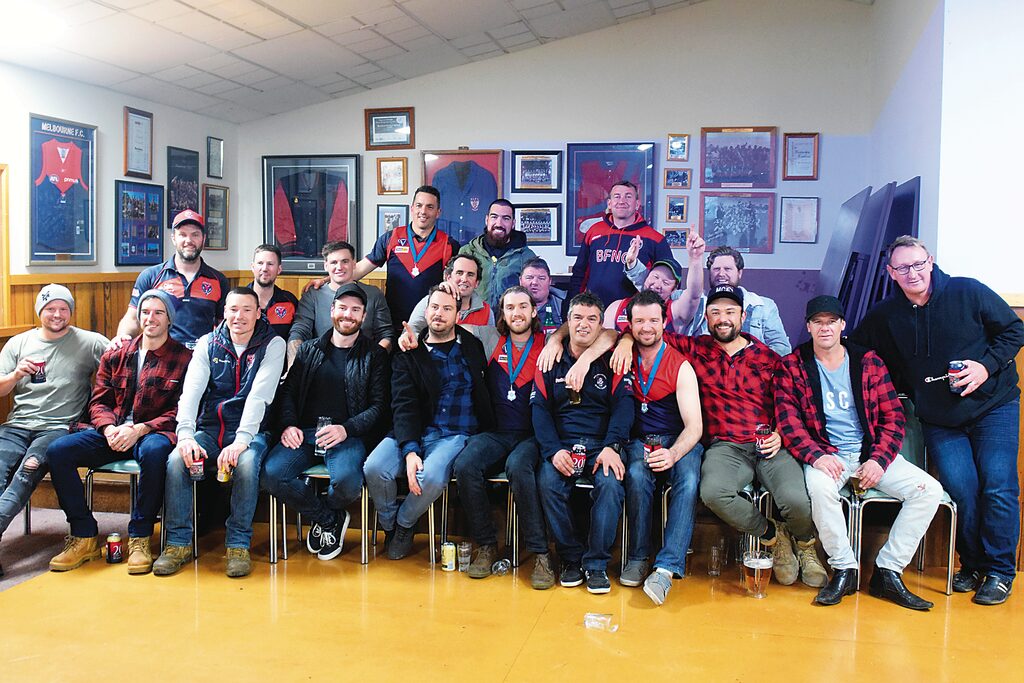 One for the ages: Boolarra supporters and players embrace after the 2011 grand final.

History-makers: Members of the 2011 Boolarra senior Mid Gippsland Football-Netball League premiership team with the flag at the recent reunion.