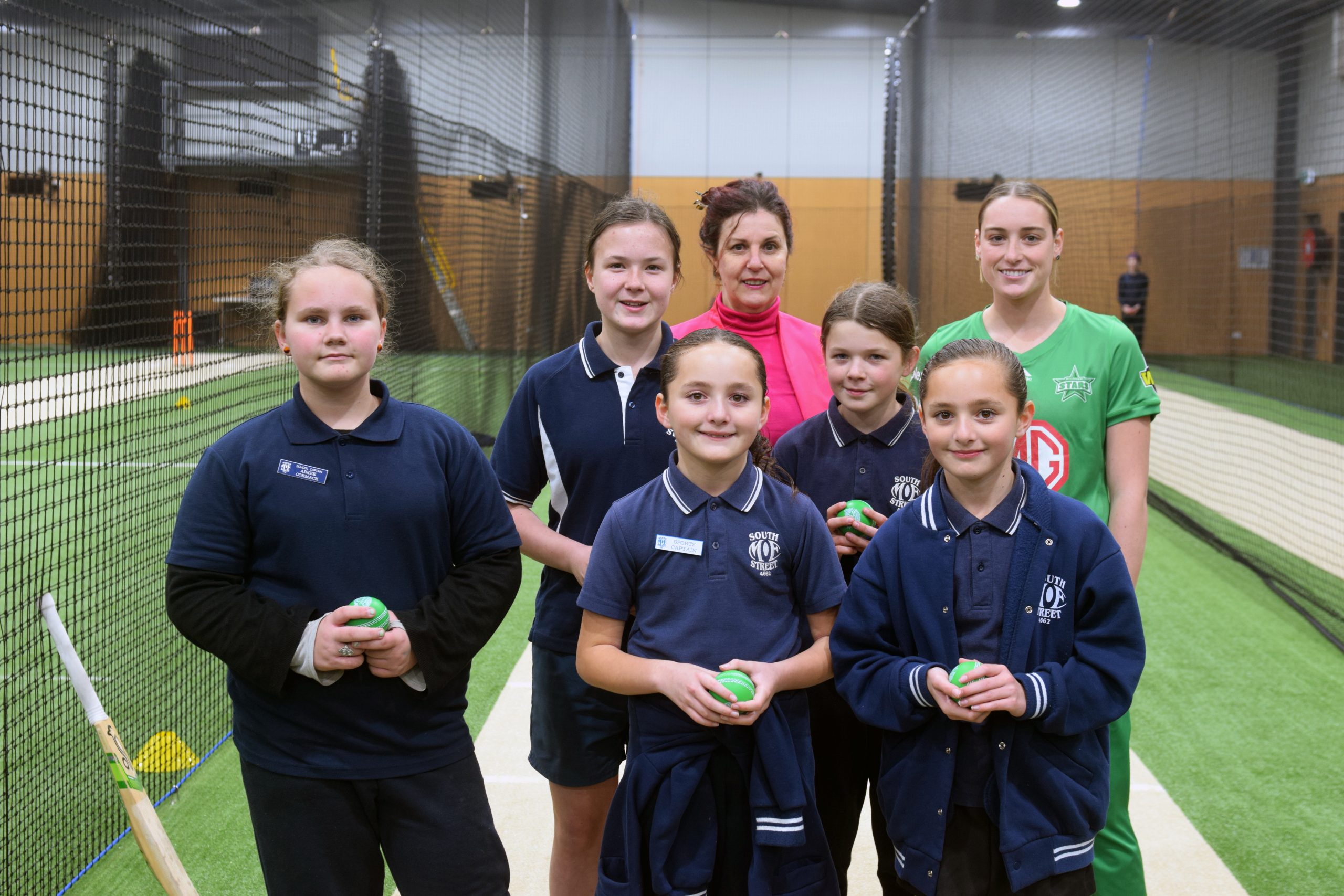 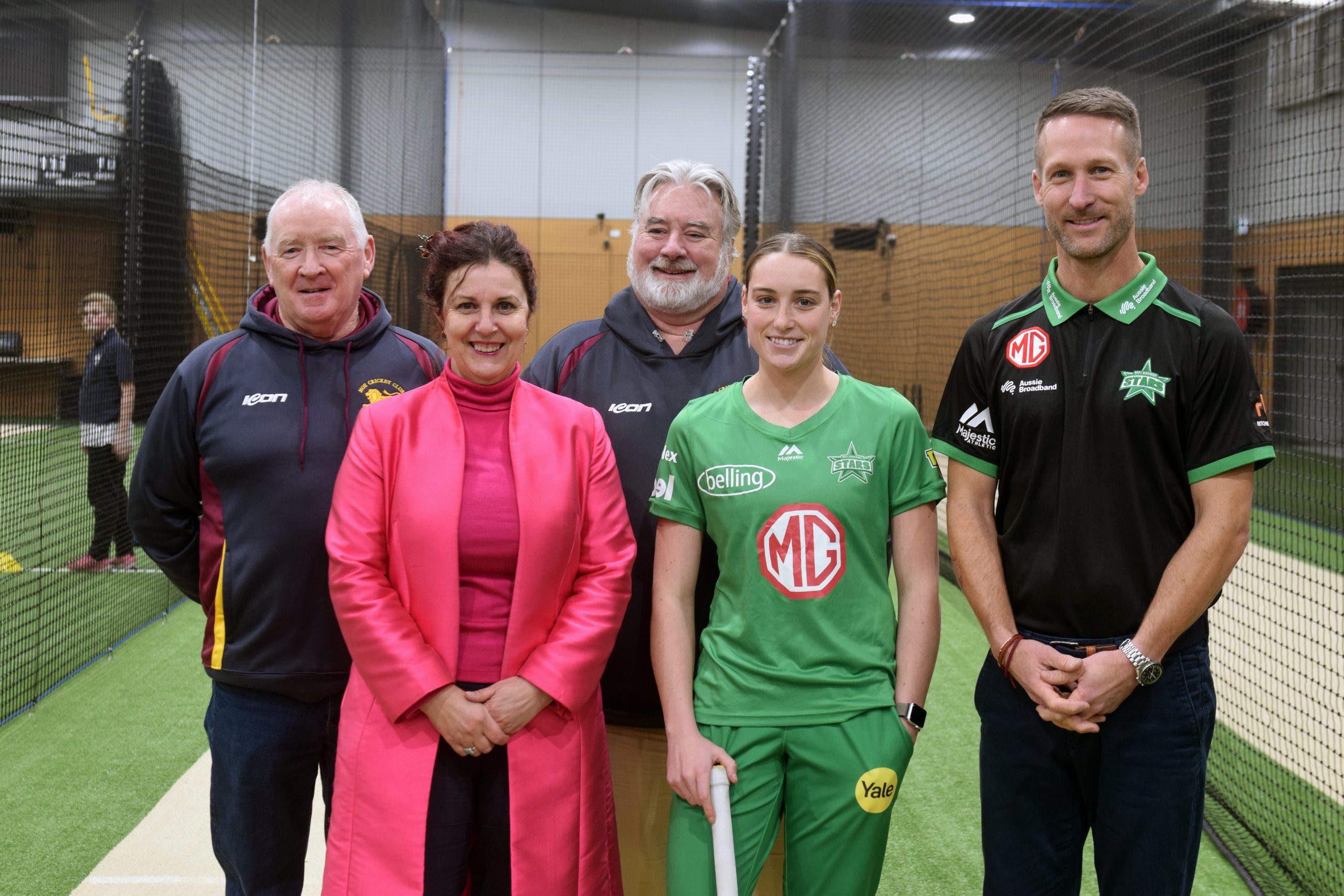 THE Melbourne Stars affinity with the Latrobe Valley is set to continue, as the club recently announced it would play back-to-back Women’s Big Bash games at Ted Summerton Reserve this season.
The Stars will descend on Moe to play the Brisbane Heat on Saturday, October 23 and the Hobart Hurricanes the following day.
In what is sure to be a huge coup for cricket in the region and countless businesses in the area, four of the WBBL’s eight teams will be in Moe around the same time, as the Adelaide Strikers will also be playing games across the two-day event which is being branded a ‘Festival of Cricket’.
This is the first WBBL game to be played at Moe and comes after Ted Summerton Reserve success fully hosted men’s BBL matches in January and December 2019.
Melbourne Stars interim general manager Blair Crouch and wicketkeeper Nicole Faltum were on hand yesterday to formally announce the fixture at the Gippsland Regional Cricket Centre, Moe, which also saw the Stars run a clinic for South Street Primary School.
As a former local player, the event will carry even more significance for Faltum.
“I grew up playing for the Trafalgar Cricket Club so to play in front of home family and friends is something I’m really excited about,” she said.
“We’re so excited to announce that we’re coming to Moe for the WBBL, I know the whole group is really keen to get down here.”
Having finished runner-up the previous season, Faltum said the team was determined to go again.
“We had a really successful campaign last season so we’re 100 per cent hoping for another
really successful season,” she said.
“We’ve started training for our Victorian squads, a fair few of the girls are state contracted meaning we’ll train with them and other states and then we’ll all come together in a few weeks time to start our prep for WBBL.”
Some of the best women cricketers in the world are set to come to Moe, including Australian captain Meg Lanning who also leads the Stars.
Ted Summerton Reserve remains the only venue east of metropolitan Melbourne to have hosted BBL games and is one of just three regional venues to host such matches.
Crouch said previous BBL games at Moe had been well supported and the club was excited
to meet more fans and members from across Gippsland.
“As a club we’ve had terrific support from across the Gippsland region. Having successfully hosted BBL matches in Moe before, we’re really looking forward to bringing WBBL to the community for the first time,” he said.
“Led by our captain Meg Lanning, I know the players are excited about the opportunity to play in regional Victoria and inspire the next generation of cricket fans.
“The reserve is a top class facility that has provided a great platform for the competition in
regional Victoria.”
Latrobe City Mayor Sharon Gibson welcomed the news with great enthusiasm.
“Council is delighted to once again be hosting a national cricketing event,” she said.
“The community loved coming out to watch and support the Big Bash league on previous occasions, and I have no doubt that they will be welcoming again as they watch some of the best cricketers in Australia take to the field in Latrobe City.
“This is an opportunity to showcase the marvellous sporting facility that we have in Ted Summerton Reserve and for the people of Latrobe City and broader Gippsland to enjoy elite sport close to home.”
As well as the cricket games, the Stars will be have a very big presence in the community in the weeks leading in, with the club to go on a state blitz in early August, visiting schools and promoting the game of cricket.

Ticketing details will be announced in due course.