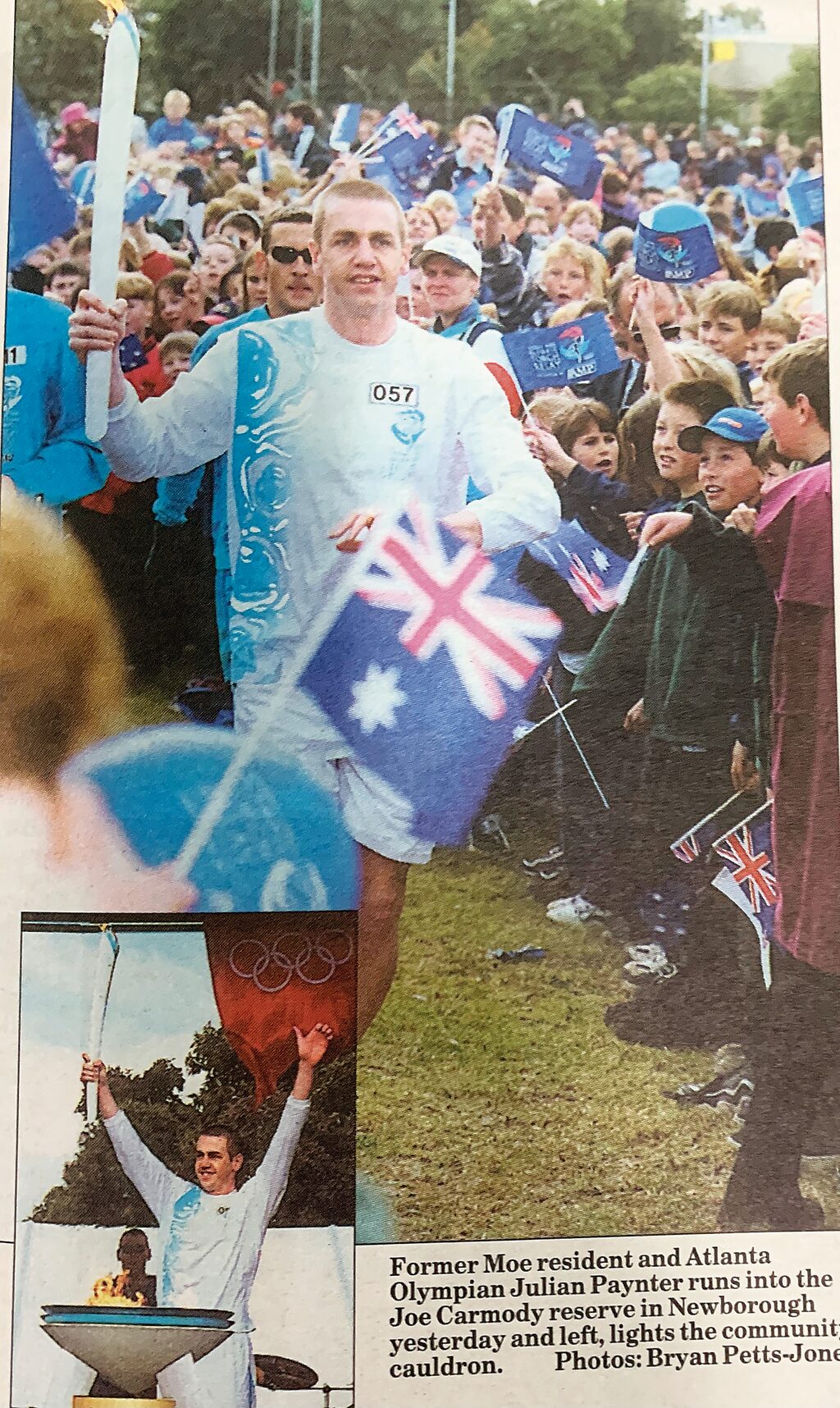 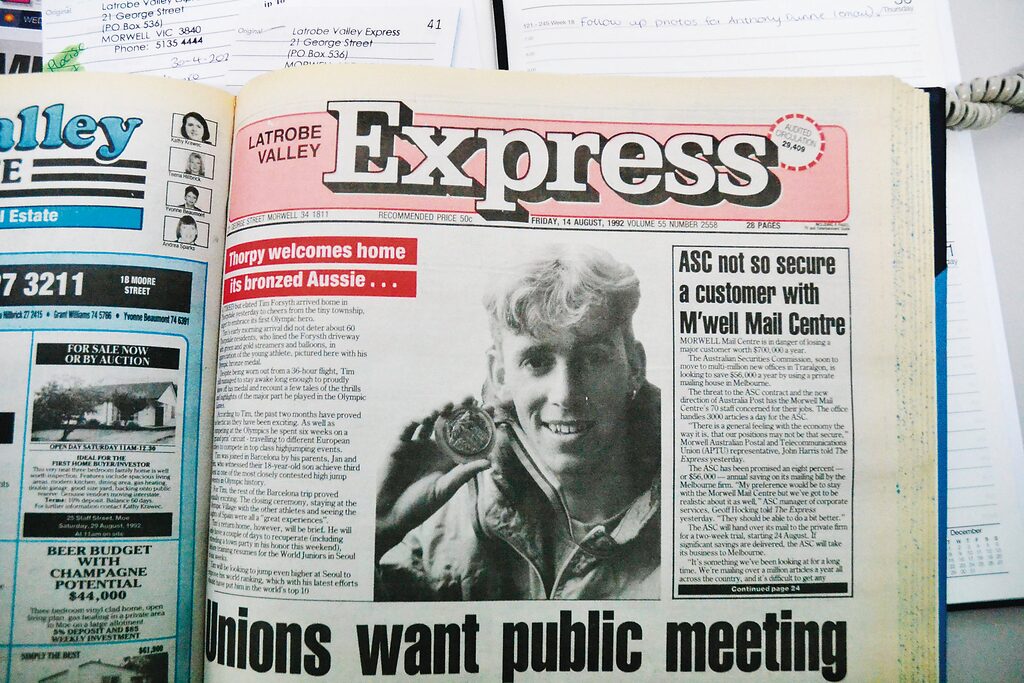 Crowd of thousands: Former Moe resident and Olympian Julian Paynter carries the torch through Joe Carmody Athletics track, Newborough in the lead-up to the Sydney 2000 games.