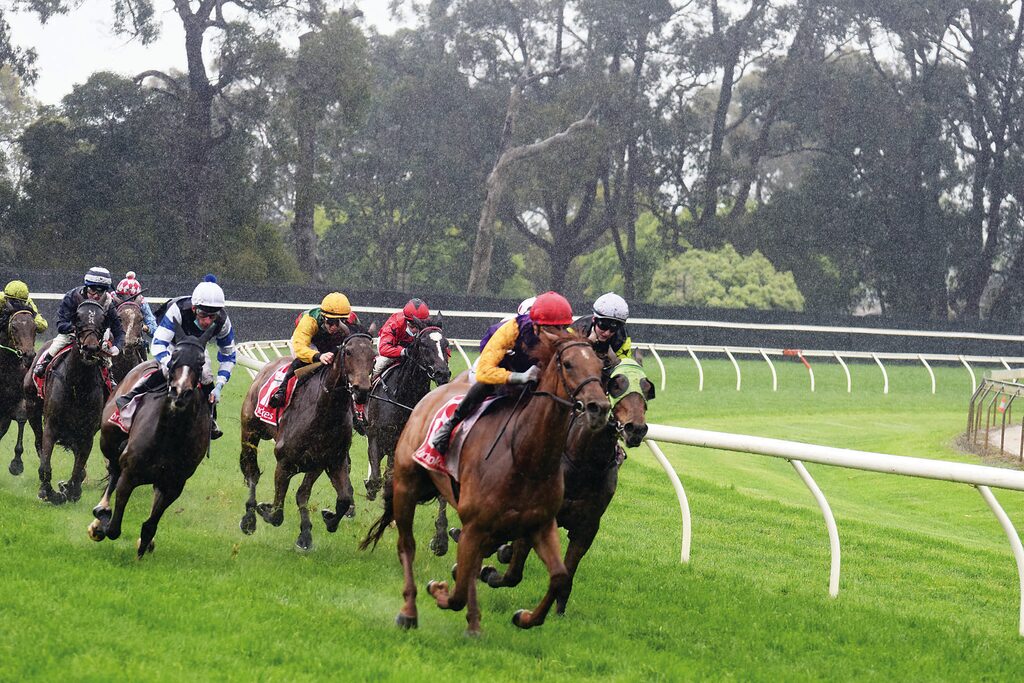 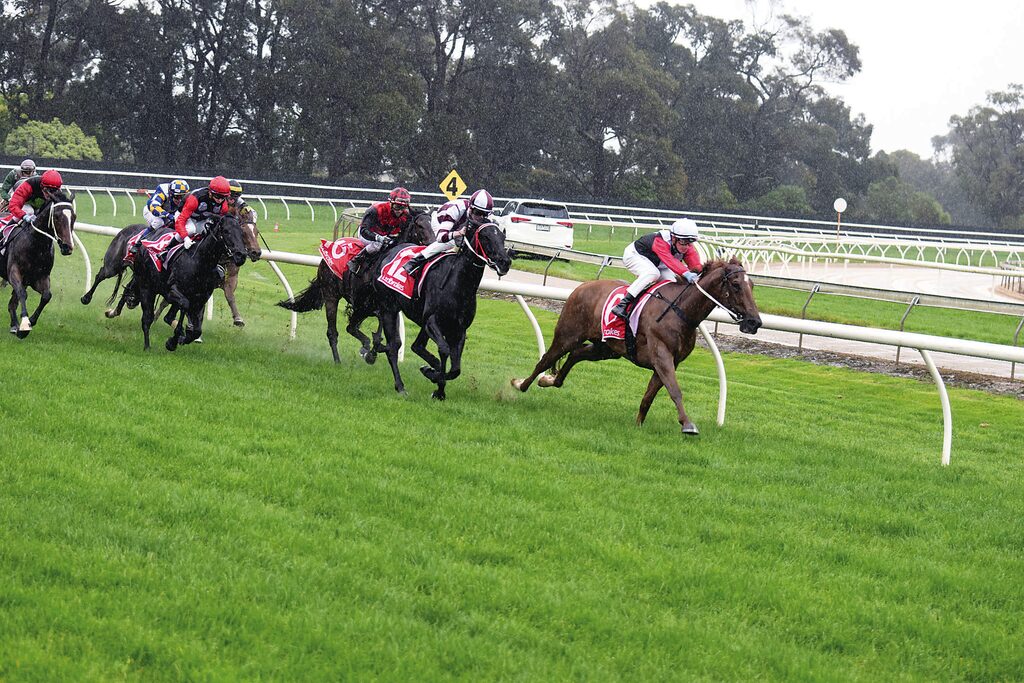 HORSE RACING
By GREGOR MACTAGGART
JOCKEY Daniel Stackhouse dominated a wet and soggy meeting at Moe on Thursday with a winning treble.
Stackhouse, one of the state’s most underrated hoops, proved the punters pal as he dominated the quaddie legs.
All three of his winners started favourite or equal favourite.
O’Mahlo ($5.00) kick-started proceedings for Stackhouse with a tough effort in the S&S Equipment Hire Benchmark 58 Handicap (2088m).
The five-year-old revelled in the heavy conditions to defeat Stradari by 1 ½ lengths, much to the delight of trainer Tim Hughes.
“He really enjoys Moe this little horse, he’s won two in a row here now,” Hughes said.
Some of the talk post-race centred on a possible Moe Cup start, although Hughes tempered expectations, saying “his rating still has a bit of work to do.”
Stackhouse was a little more bullish, saying a heavy track come Cup Day would suit the son of O’Lonhro.
“He’s racing in consistent form and handles Moe, so you may as well have a throw at the stumps,” he said.
“He’s going super this horse, he really liked the conditions, we travelled well and had a nice run in transit.
“The run came at the top of the straight for us and he was able to get through (the heavy).”
Real Thinker ($3.30fav) was the middle pin of the treble, staving off the in-form Toorak Playboy in the Moe Optical Benchmark 64 Handicap (1628m).
The result was a role reversal of when the pair of gallopers met on September 13, bringing a smile to the face of trainer Eric Musgrove.
“This horse is ultra consistent,” Stackhouse said post-race.
Put the name La Caresse into your blackbook after the promising four-year-old gelding took his career record to two wins from as many starts.
La Caresse ($2.60eqfav) powered away to a big lead midway down the home straight, but tired late and in the end only held off a fast-finishing Night Hussler by a lip.
“He’s got a lot of upside,” Stackhouse said.
Expect the form from the Moe winners to hold up well, not just on the country circuit, but at metropolitan level in the coming weeks and months.
There are bigger assignments ahead for Capella, a Japanese-bred mare from the Danny O’Brien camp who won her first race at start eight in the Tycass Pty Ltd Maiden (1628m).
The mare had put the writing on the wall with solid efforts at Echuca and Sale, her first two runs after arriving Down Under.
Jockey Ben Allen enjoyed an armchair ride on Capella ($4.00), who bolted in by a soft six and a half length margin.
Despite starting 50-1, Ninyo produced one of the best performances of the day to run down odds-on pop Baekdu in the Ladbroke It Maiden (1017m).
The filly, ridden by Lewis German, sprouted wings down the outside of the track to make it a debut to remember.
Enver Jusufovic’s good record at Moe continued when Pinstriped ($2.70fav) made light work of the CME Installations Maiden Plate (1117m).
But the Cranbourne trainer had to play second fiddle in the very next race with his charge Major Impact defeated by Stern Impulse (Shane Nichols/Zac Spain) in the Colli’s Hair Design Maiden Plate (1117m).
Hometown trainer Christine Sexton’s perseverance paid off when Ima Dozer ($4.40fav) scored a drought-breaking success in the Ladbrokes Maiden Plate (2088m).
“He’s been screaming out for this distance, I’d been too frightened to step him up (in trip), but I thought today’s the day I had to do it,” Sexton said post-race.
“He’s come along really well this preparation.”
The win was certainly well-deserved considering Ima Dozer had finished second in four of his previous five starts.
Miss Sarasota ($9.50) rounded out the day’s racing with a narrow victory in the Ladbrokes Moe Cup October 15 Benchmark 58 Handicap (1117m).
In her first start for new trainer John McArdle, the four-year-old daughter of Pierro withstood a late charge from No Shame to register her second win at start five.

Turf wars: Capella sets up its run on the outside to win the Race 4 Tycass Pty Ltd Maiden Plate. photographs liam durkin