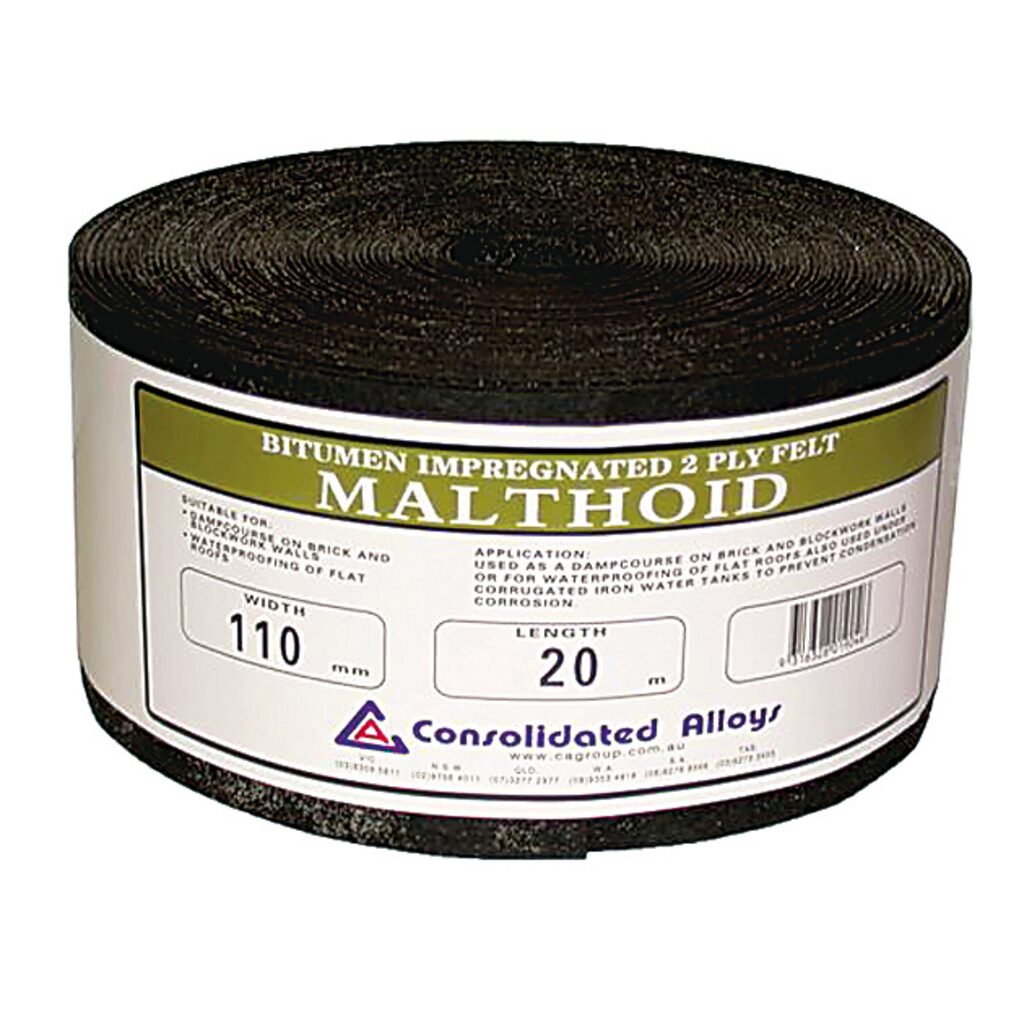 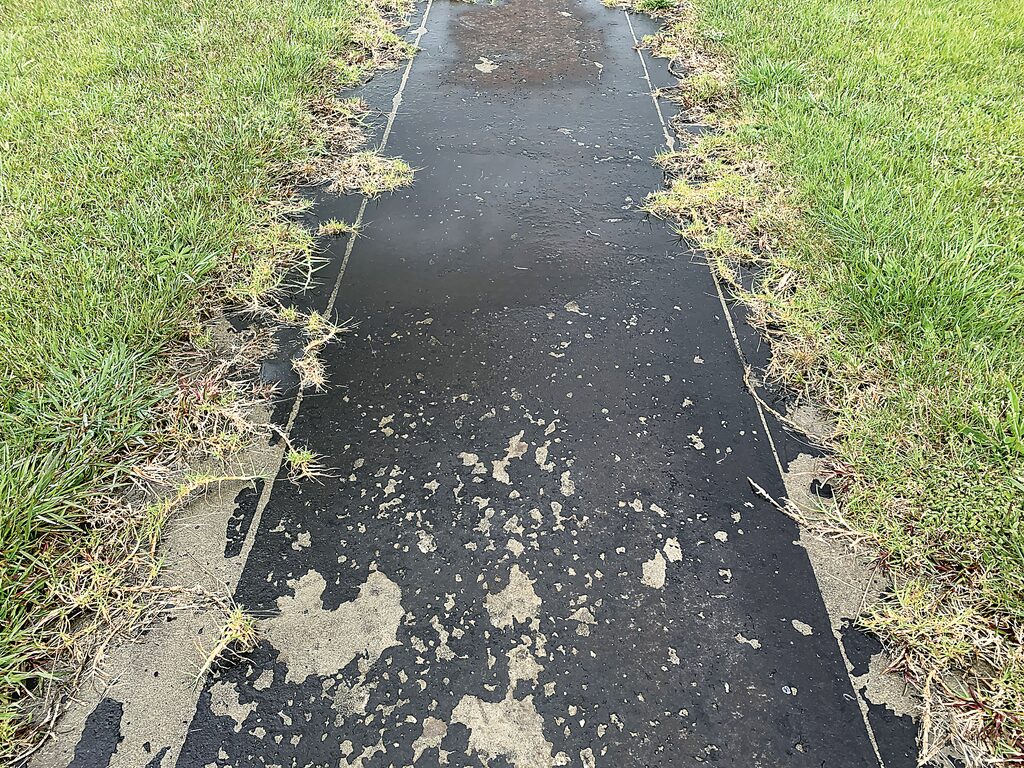 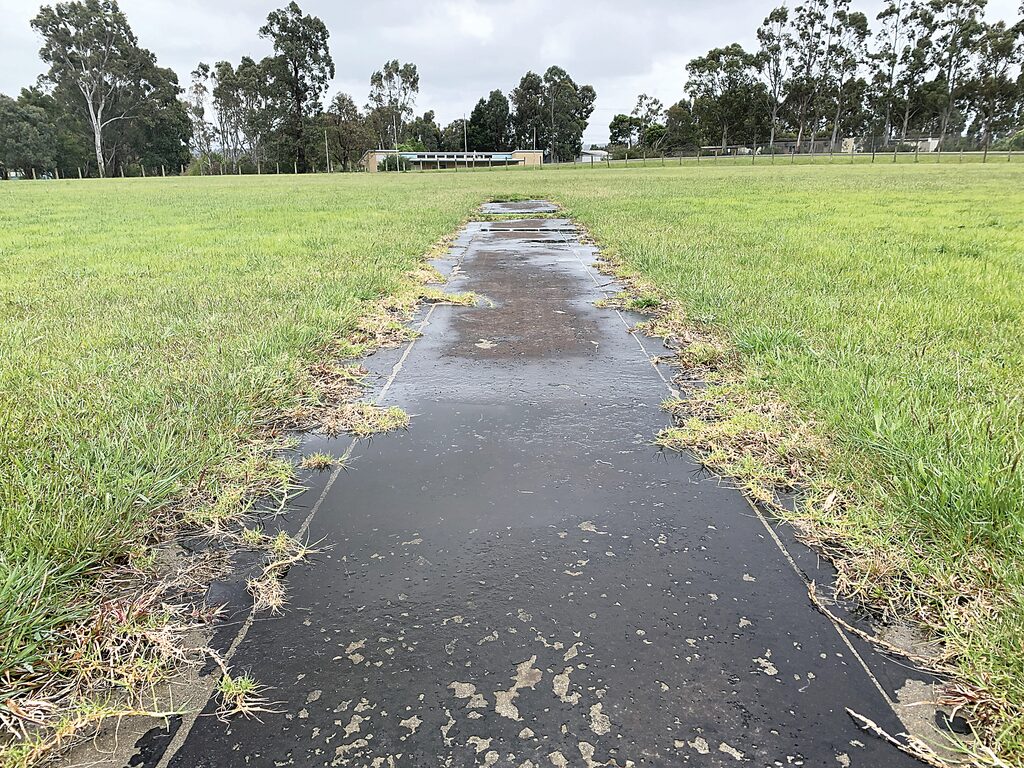 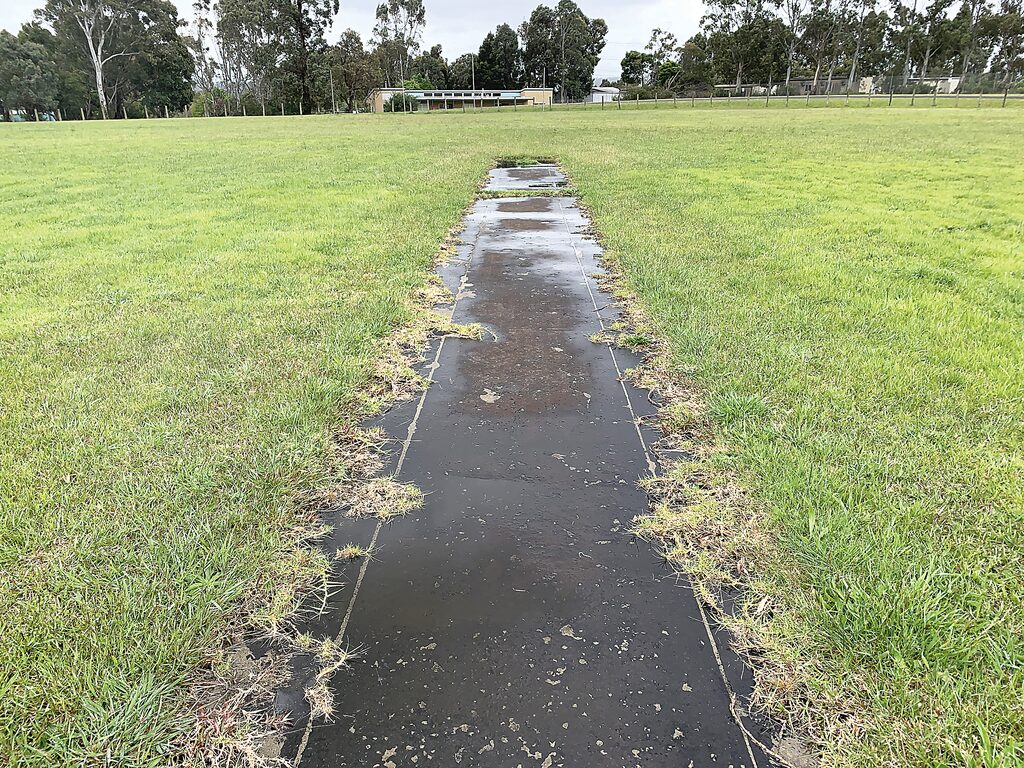 CRICKET
By LIAM DURKIN
BEFORE most local cricketers had the luxury of playing on turf, or even astro for that matter, players had to make do with what they had.
While it would be an absolute fantasy for players of the current generation, it was commonplace for country cricketers to play the game on a surface known as malthoid not all that long ago.
Those from a previous generation may well remember the malthoid wickets, which were rolled out over a slab of concrete in order to get a game going.
By now a lot of younger readers might be
wondering ‘what the hell is malthoid?’
The official description sums up malthoid as ‘a two-ply felt material impregnated with bitumen covered in sand to prevent sticking when rolled’.
It can be used for waterproofing flat roofs, under corrugated iron water tanks to prevent condensation, and as a dampcourse on brick and block walls.
And in the good old days, it was also used as a cricket pitch.
Current Trafalgar cricketer Billy Pace recalls the days of playing on malthoid in his time with Moe Cricket Club.
“It was a black tar, like a sticky rubber, but when it got hot it got sticky and then it was like playing on a hot-mix,” he said.
As a wicketkeeper, Pace had plenty to contend with playing on the malthoid.
“It would spin because it could grip,” he said.
“Brian Mathison use to bowl flippers and it would be off a good length and it would be whizzing around your ear.
“I can remember one day we played on the malthoid, it was sticky, playing Latrobe and Matt Clarke terrorised Latrobe … it was the quickest bowling I’d ever seen.”
Unlike today, there was only one turf wicket for a time in the area, at the famous Yallourn No 1
Oval.
Coming complete with curators, it was said the oval at Yallourn was comparable to the MCG for the 1956 Olympics.
Although that oval is long gone, Yallourn still offers some physical reminder of what a malthoid wicket looks like.
The TAFE Gippsland Yallourn campus in Newborough has remnants of a malthoid wicket on its oval.
Some maintenance could surely see the oval become a venue option for lower grade matches in seasons to come.
Don Bradman famously scored a century on a malthoid wicket in 1931.
The Don went completely berserk, reaching his ton in three eight ball overs playing an
invitational game in the New South Wales town of
Blackheath.
His scoring chart read: 6, 6, 4, 2, 4, 4, 6, 1, 6, 4, 4, 6, 6, 4, 6, 4, 6, 6, 1, 1, 4, 4, 6.
Bradman was eventually dismissed for 256, which included 14 sixes and 29 fours.
Those wanting to get their hands on some malthoid can purchase it at most hardware
stores.
Do you have any memories playing cricket on malthoid?
Let our newsroom know at sport@lvexpress.com.au

Rolls of it: Malthoid is available from most hardware stores. file photograph

A bygone era: Parts of the malthoid wicket are still visible at the Yallourn TAFE Oval. photograph liam durkin

A bygone era: Parts of the malthoid wicket are still visible at the Yallourn TAFE Oval. photograph liam durkin