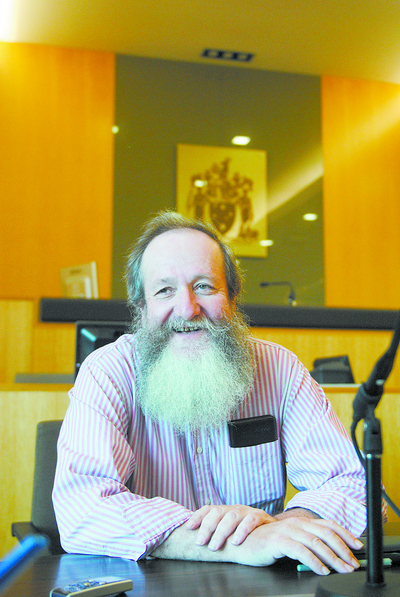 THE “very low” reoffending rate of people dealt with in Latrobe Valley’s County Koorie Court may be impressive, but the secret of its success lies with the Aboriginal community elders.

According to Judge-in-Charge John Smallwood, two of about 60 people had been known to have reoffended, although he acknowledged it may not be permanent.

“The reoffending rate may not last, who knows…I’d be amazed if it stayed that low,” Judge Smallwood said in a recent interview with The Express.

“(This court) gives Koories a voice; a lot of those who go through Koorie Court say it’s the first time they’ve ever felt they’ve been listened to and can understand what’s being said.

“This is 99 per cent because of the elders and the fact they push (community history and ties); a few offenders have taken this seriously and done something about it.”

Judge Smallwood said the elders also played a significant role in gathering information and providing it to the court.

“They help us find out why things happen – this is really important – so we can do something about it.”

Impressing the fact the same laws applied to Aboriginal people as to everyone else, the judge said the key difference was the manner in which the court proceedings were carried out.

“There is a perception there will be a soft touch; this is untrue. The elders also have no part in the sentencing; that is dealt with by the judge,” he said.

“The elders’ role is to provide a cultural link (from the offenders to the court) and work together with the community.”

The County Koorie Court began in the Valley in 2008, with five judges sitting once a month on average.

It hears cases of those who have been charged in the Magistrates’ Court, with the exception of sexual assault or family violence cases, have pled guilty to the offence, and are of Aboriginal or Torres Strait Islander descent.

Judge Smallwood said while County Koorie Court dealt with more serious offences, it was more informal in tone and was the only one of its kind in the country.

During the proceedings, the judge sits at a roundtable together with the defence and prosecution, the offender, a Koorie Court officer, a Corrections Victoria officer, community elders and a family member or close friend.

There are hopes of expanding the County Koorie Court program to Mildura and Shepparton, which have high numbers of indigenous persons residing there; however, the lack of funding is proving to be a significant hurdle.

According to Judge Smallwood, the County Koorie Court in the Valley received funding as part of a one-year pilot project.

“We’ve been running for the past two years out of the (County Court’s) allowance; we keep it going because it works,” he said.

“We are determined to keep it going, but it looks like things will be status quo for the next 12 months.”

There have been calls to extend the court’s funding so the program may continue and expand.

With regard to the County Koorie Court’s financial conundrum, State Member for Morwell Russell Northe said he had conveyed his concerns with State Attorney-General Robert Clark.

“The issue needs to come up for consideration in the state budget, which will probably come up in May,” Mr Northe said.

“We are aware of the court’s desire to continue but no decision has been made at the present time on its future.”

The County Koorie Court will sit again in April, and deal with serious cases from all over Gippsland.