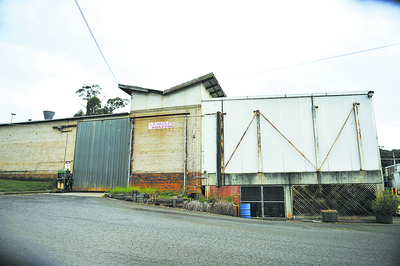 After a tumultuous fallout and an aborted legal challenge, a Trafalgar abattoir closed amid accusations of animal cruelty.

In an effort to clear their names, the LE Giles Abattoir team have voluntarily stepped into the spotlight, in a hope of increasing their chances of selling the site.

Co-owner Colin Giles said recent efforts by Baw Baw Shire Council to locate a buyer had only resulted in “one phone call” and said the site, which turned over $7 million annually during operation, would “probably” go up for auction.

The abattoir handed in its operating licence late November 2011, which was then terminated by meat industry regulator PrimeSafe, after it received a video portraying acts of alleged animal cruelty within the facility, including the use of a sledgehammer to kill a runaway pig.

However PrimeSafe’s decision came under heavy criticism from its own licensed inspectors, who labelled it “over-reactive”, while the Giles family said they were pressured into handing in their licence.

This comes as Mr Giles revealed the slaughter of pigs in a communal setting depicted in the video had been approved by the former meat regulator, the Victorian Meat Authority, and the facility had “never failed inspection” by subsequent PrimeSafe-approved quarterly audits.

Despite telling The Express in January the family was “too demoralised” to take the fight against PrimeSafe’s decision into legal territory, an application was made to regain the licence two weeks later, with a directions hearing held in the Victorian Civil and Administrative Tribunal.

However Mr Giles said they later withdrew on legal advice, after it was revealed “significant” discrepancies between statements made by both parties detailing events surrounding the facility’s closure would result in a long and costly VCAT battle, which he said would “financially ruin” the family.

“When it’s one man’s word against another, of course (VCAT) will go with the regulator,” Mr Giles said.

While PrimeSafe chief executive Brian Casey told The Express in November the regulator had not ruled out the possibility of the Giles family reapplying for an operating licence, Mr Giles said Mr Casey had told the abattoir from the outset there “was no chance” it would be approved.

The closure affected more than 25 full time and casual employees, many of whom have since been able to secure work within the industry, however as one of the few niche slaughterers for small-scale pork producers across the region, many farmers have been left without a slaughterhouse to process their meat.

A spokesperson for the Department of Primary Industries said “thorough” investigations into allegations of animal cruelty were still ongoing as it was a “complicated” matter, however DPI was unable to provide a definitive end date.