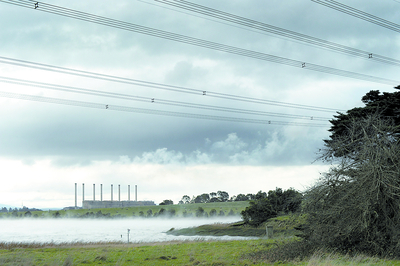 LESS than 100 days from the Federal Government’s carbon tax introduction, a university study has found the government has exaggerated the Latrobe Valley’s ability to cope with the impact of the tax.

According to an independent report recently released by Victoria University, modelling used by the government makes “optimistic assumptions about population and economic growth rates” for the region.

The modelling assumed a healthy rate of economic growth and failed to consider the impact of a carbon price if an economy was in recession or faced declining employment opportunities, the report said.

The report warned, with circumstances set to be more problematic than the government had anticipated the Valley’s already significant disadvantage would be compounded by the carbon tax unless both the federal and state governments seriously invested in the region’s future.

According to report recommendation, a best-case scenario for the Valley would be achieved if the governments maintained the region as a centre of energy production and expertise.

The report delivered to Regional Development Victoria, said investment in energy research and development, technologies and plant and equipment would be “one of the driving forces of growth” over the next few decades.

It said both governments should look to build on the Valley’s “powerful base” of experience.

The report emphasised market forces should not be allowed to “destroy the Valley’s economic base and community viability” given the risk of leaving low-carbon transition to market forces was “too high”, .

It argued against government claims the private sector should drive key future investment in the region, and instead recommended strategic interventions.

To that end, the report described carbon tax structural adjustment monies set aside by the Federal Government, to be spread across affected regions including the Valley, as “modest”.

The report recommends a significant degree of government intervention in the Valley to avoid seeing its already depressed conditions worsen.

Aside from government strategies to build on electricity-related industries in the region, it recommended upgrading the Latrobe Valley airport, improving telecommunications, improving rail links and road networks, building on-the-ground research and development and intervening at a primary and secondary school level to improve the areas’s low year 12 ENTER scores.

Multiple challenges already faced the Valley, according to the report.