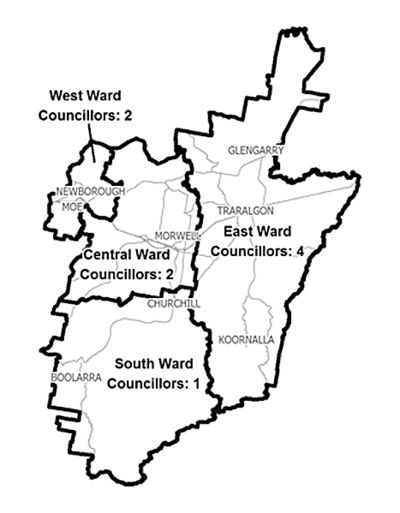 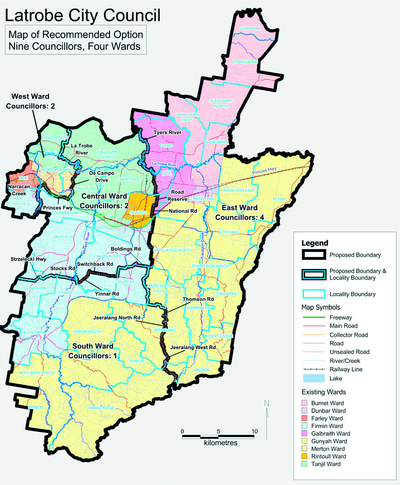 AN overhaul of the region’s electoral structure has elicited a lukewarm response from Latrobe City Council.

Latrobe City mayor Ed Vermeulen described the restructuring as a “minor change”, adding it would “not have a whole scale change” to ratepayers.

“I don’t think there’s anything negative as such with this model… the proposed model still retains the broader community’s interests,” Cr Vermeulen said.

“Essentially I can’t see much of a change, there are some other options that are just as suitable.”

“Communities in (outlying) areas are not really going to know who to go to with their issues,” Cr White said.

“From a council administration point of view, council officers will not only have to speak with one councillor regarding a particular issue, but four.

“That’s going to result in much more administrative complexities.”

The review into the structure was initiated last November by the State Government after it discovered areas in Latrobe City were inadequately represented.

Merton Ward councillor Sharon Gibson said the recommendations would force council to “work closely with one another”.

Electoral Commissioner Steve Tully said a variety of views were put forward during the review.

In its final report the VEC stated it was the “strength of the arguments” that were valuable to the decision making process.

“All information, including submissions, was carefully considered by a panel of staff and local government experts to reach this recommended electoral structure,” Mr Tully said.

“The benefits of the new structure is that if we lose a councillor we would not have to have a byelection… we would go to a recount instead,” Cr Harriman said.