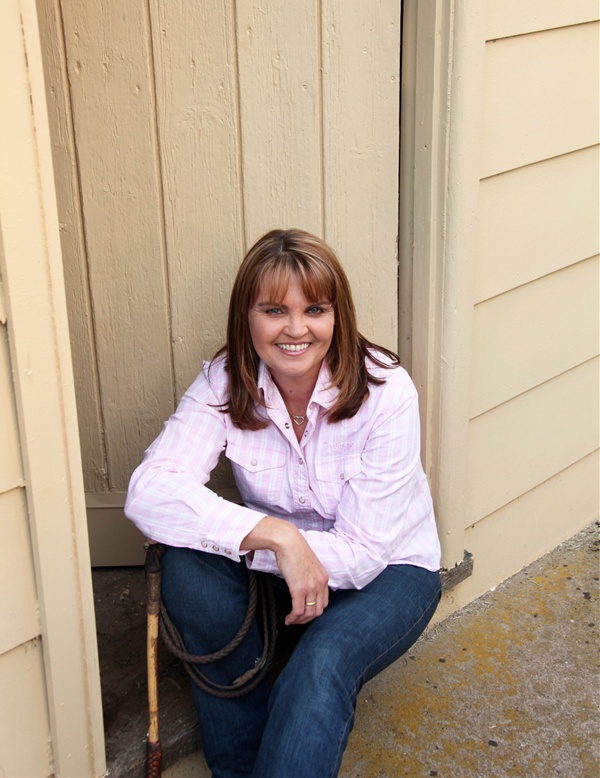 Local author Margareta Osborn “lives and breathes” country to such an extent that she could not imagine writing a book about anything else.

“You have to write about what you know,” she said.

Osborn’s debut novel, ‘Bella’s Run’, was launched recently at the Tinamba Hotel and since its release has secured its spot among the top 40 best selling books in Australia.

Bella’s Run is a fast-paced book about a deep friendship between two young girls growing up together in country Victoria.

The book begins with tales of the girls’ adventures while on the trip of a lifetime in outback Queensland.

Free-spirited and carefree, the girls decide to come back to their home in Tinamba earlier than planned, as they discover love may be closer to home than they realised.

Soon after their return, a life changing event occurs.

The book then takes a serious turn and skips forward eight years, becoming a more introspective self-examination of Bella’s character.

A teasingly unaccessible love interest frames Bella’s existence, and keeps the reader guessing at every turn, with an excellent ending which does not disappoint.

For Osborn, Bella’s Run is the manifestation of a dream which began 20 years ago.

As a child, the fifth generation dairy farmer adored the literature of Mary Grant Bruce, which sparked her interest in reading about country life.

As she got older, her passion for writing grew.

Years later, Osborn read Di Morrissey’s book ‘The Heart of Dreaming’ after attending a writers conference, which inspired her to write a book of her own.

When the time was right, Osborn embarked upon the journey of writing Bella’s Run.

After two initial rejections by publishing houses, Osborn received the contract from Random House on her birthday in 2009.

“It took about two and a half years to write Bella’s Run,” Osborn said.

“It’s definitely been a journey.”

After the first rejection, Osborn “went back to the drawing board” and almost rewrote the book.

“I remodelled it on the basics of what I’d learned from those experiences,” she said.

“It changed massively; I was also learning the craft of writing and was doing a course at the Wheeler Centre, so it was all part of a process.”

With her first novel out of the way, which she is “incredibly proud” of, Osborn has already started her second.

“It’s another rural romance novel, where you meet other members of the community you don’t hear about in Bella’s Run.”

For readers who enjoy animated writing, stories about outback romance, Bella’s Run is a must-read.