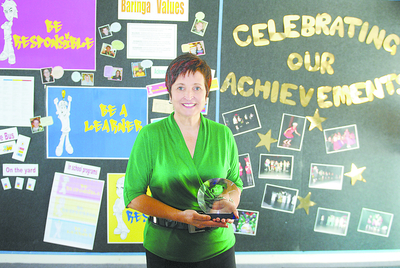 GIPPSLAND’S special education network is hoping to overhaul the education system this year with the help of State Government support.

Last week the Federal Government announced Victoria would have $10.6 million allocated to non-government schools in the 2012 and 2013 school years under the national partnership, More Support for Students with Disabilities initiative.

Following the State Government’s signing of the MSSD agreement, it is expected Victoria’s government school sector funding will be announced next month.

East Gippsland Special School principal Peter Bush said he believed, once funding was distributed among the states, the State Government would inject funding to improve instructional practice in special schools.

“This will have a bigger impact for the education system if they can improve teacher instructions and capacity in classrooms,” Mr Bush said.

Mr Bush hoped the funding would then be divided among Victorian school networks including the Baringa School, Moe and Latrobe Special Development School as part of the Gippsland Association of Special Schools.

He said “work needed to be done” to better support students with special needs.

“It is encouraging that the Federal Government is announcing this money to go to the state (government) because often children with specials needs are forgotten about,” he said.

“In the long term we should see an improvement in the learning outcome of students with special needs and they would have more of a chance of getting in to a Technical and Further Education and university courses as well as the workplace,” Mr Bush said.

Research in to a national assessment program for students with disabilities is being carried out by the Australian Curriculum and Australian Special Education Principals Association, according to Mr Bush.

He said this would enable parents to monitor the academic growth of their child.

Mr Bush said the benefits of this new assessment would be echoed through the region as mainstream schools used special development schools as resources and support for their students with autism or challenging behaviour.

Mr Bush anticipated reforms would be implemented by the second half of the year.

“I think it will be a major overhaul in the way money is allocated for students with special needs between the states,” he said.

“Through this process, (the State Government) would need to put in a submission to say what they would use the money for and the Federal Government would assess the submissions and allocate money accordingly.”

Mr Bush said the lack of support for special needs children was evident in the Australian curriculum as it was designed excluding any modifications for students with disabilities.

“They have working parties on it now, but they have already designed the curriculum and forgotten to include students with special needs,” he said.

“With the Federal Government money to go to states, we are encouraged that they are including us right from the word go, not at a later stage.”

In their third year of receiving a national partnership focused on disability support, Baringa School principal Rosie Romano said the additional funding enabled the school to increase its capacity to improve student outcomes.

“From a personal perspective, increased funding enables us to do so much more within the school which we couldn’t otherwise afford to do,” Ms Romano said.

“With additional funding we aim to provide smaller class sizes and individualised attention for students.”