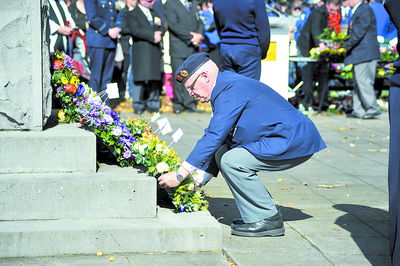 The Anzac spirit was ignited by Traralgon’s children yesterday as hundreds marched through the streets, bringing to life the story of Australia’s brave soldiers.

“There’s a growing community feeling with each Anzac Day.”

Patriotic tunes played by the City of Traralgon band joined by the crowd in unison, as families bowed their heads in respect.

The narration of Victoria Cross recipient Corporal Robert Smith’s achievements served as an example of men continuing to follow in the footsteps of soldiers who fought at Gallipoli.

For the crowd present at the Traralgon War Memorial, the Anzac spirit served as a blazing flame uniting the community as it continued to pass on the words “lest we forget” to generations.