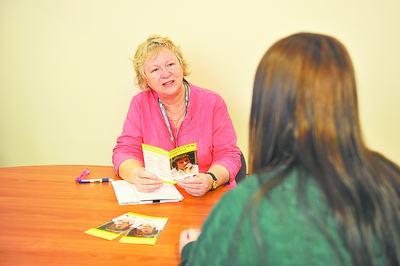 LATROBE Valley residents are close to exceeding last year’s electronic gaming expenditure, with the community losing an average of $4 million a month on poker machines, latest statistics have shown.

According to figures from the Victorian Commission for Gambling Regulation, the Valley currently stands at a net Electronic Gaming Machines expenditure of $36.04 million.

With last year’s figures standing at $47.4 million, the Valley is expected to tip the scales urging gambling support workers to eradicate the “stigma” surrounding the issue.

“The consequences of gambling are quite severe… and the community need to realise that it is a problem,” Ms Bos said.

“If a person is seriously ill you don’t keep quiet and do nothing about it; it’s no different from gambling.

“Unfortunately we also don’t see as many people as we would like (at LCH).

Ms Bos said most gamblers were “unaware” of their addiction, adding an optimistic person was more likely to “keep trying”, blowing thousands of dollars on a single day.

“Bankruptcy is often the most severe, but we try to get people to come (to us) before that takes place,” she said.

“Up to 70 per cent of our society gamble… it has its effects on families with some having no money for food or to even buy kids their school necessities.”

She concluded most gamblers had “underlying problems” which spurred a gambling addiction.

Further statistics from the VCGR have revealed more than $25 billion has been spent on pokies in Victoria in the last decade, with Latrobe Valley gamblers recorded as the biggest spenders in regional Victoria.

Moe’s Turfside Tabaret currently has 65 electronic gaming machines – the highest in the Latrobe Valley, while Traralgon’s Grand Junction Hotel incurred an EGM expenditure of $2,727,046.48 between July and December last year.

These statistics have prompted the State Government to establish a Victorian Responsible Gambling Foundation, after it recently announced a ban on moneyless EGMs in Victoria.

According to a State Government spokeswoman, it was estimated the government would commit “$150 million (in funding) over four years to tackle problem gambling”.

However, the package was pulled from federal parliament last month after the government failed to win the support of Tasmania’s independent MP Andrew Wilkie.