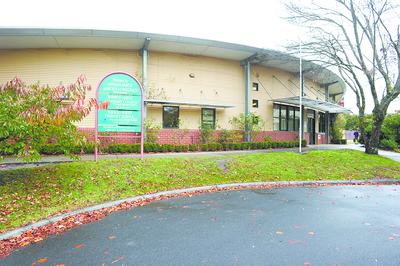 THE Mirboo North Secondary College is one of 10 regional Victorian schools to share in a $70.7 million allocation under the recently-announced state budget for “long-overdue” upgrading works.

In the budget, it was announced the school would receive $7.5 million, which exceeded principal Karen Lanyon’s expectations.

“We were hopeful of getting $6 million, so this makes me particularly happy,” Mrs Lanyon said.

“This means we can complete the building and new facilities in one stage.

“We are hopeful building will start in September or October, and be finished by end of 2013.”

Mrs Lanyon said three buildings, built in the 1950s, will be demolished to make way for “the new building”, which will feature 11 classrooms with outdoor access, innovative learning spaces, a staffroom and toilets.

The buildings to be demolished are the main and science wings, music and food technology area, and arts technology wing.

“In the interim, the students will be in relocatable classrooms and use any existing space available,” Mrs Lanyon said.

“It will be short-term pain for long-term gain.”

She said the new building would mean there would be space for more staff and students, and added the school was not necessarily looking to grow its numbers although its population had increased gradually over the years.

Mrs Lanyon, who has “lived and breathed this project for two years”, said it was wonderful country students’ needs for good facilities had been recognised.

“We just recently opened our senior school centre, with a more adult environment for the students; (funding for) the new building will just make everything fit beautifully together,” she said.