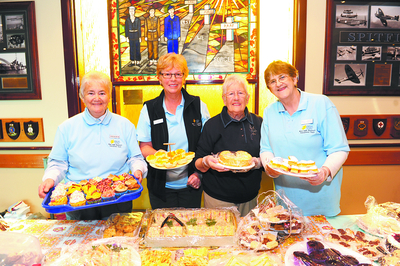 The figures showed the Morwell district, which covers the Latrobe Valley, recorded 884 diagnoses between 2008 and 2010, of which 498 were men and 386 were women.

Statistics showed the most “at risk” were those aged between 60 and 74 years, with this age category recording 349 diagnoses.

The age category of 60 to 74 year olds saw more deaths than any other, with 129 people dying.

Lung cancer was the leading killer of both sexes, killing 48 men and 27 women. For men diagnosed with cancer, this was followed by bowel and prostate cancers while breast cancer was the second biggest killer of women with the disease.

According to the data, there were no cancer diagnoses recorded in children under the age of 15 years in the Latrobe Valley during that period.

Encouraging local businesses, organisations, community groups and individuals to host a local Biggest Morning Tea event any time in May or June, State Member for Eastern Victoria Philip Davis said the events showed support to “those fighting cancer, or the families left behind”.

“These people have families, friends, jobs and businesses and make a valuable contribution to our communities,” Mr Davis said.

Meanwhile the Traralgon unit of Cancer Council Victoria raised $1500 from its Biggest Morning Tea at the Traralgon Returned and Services League last week, with about 90 people in attendance.

Moe and District Cancer Council voluntary committee member Cynthia Rawlings said the Biggest Morning Tea event it hosted at the Moe RSL last week had raised in excess of $1200. The committee served more than 100 ‘cuppas’ at their event.