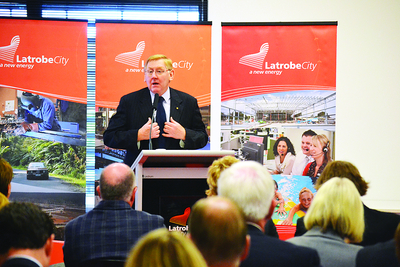 CLAIMS that the Federal Government’s plan to close brown coal power stations may not eventuate gained more traction this week.

Several weeks ago The Express reported an industry source claims the government’s ‘contract for closure’ commitment could prove too costly for it to pursue.

Those claims were supported by an Australian Financial Review report that said Energy and Resources Minister Martin Ferguson had warned the government could walk away from negotiations if it was unable to “secure a favourable price” with power stations, to close down 2000 megawatts of coal-fired generation from the system by 2020.

This week another industry source told The Express workers believed, at least in the case of talks between Energy Brix and the government, agreement on potential compensation payment to the power plant to see it close, had so far proved elusive.

“We are hearing that the company (Energy Brix owner HRL) is apparently asking for too much and the government is saying ‘we don’t have that much in the pool’,” the source said.

The comment supported earlier claims by another source who said he believed “bullish negotiations” were currently underway over ‘contract for closure’ details.

Hazelwood Power has also expressed interest in negotiating for closure.

Federal Member for Gippsland Darren Chester said this week he “sincerely doubts” the ‘contract for closure’ program would proceed.

“We need the baseload power and I don’t think the Federal Government has the money to compensate owners for their assets.”

“That’s the whole point of the ‘contracts for closure’, there is no argument there,” he added.

Yesterday The Express called Mr Ferguson’s office for a response to these claims but at the time of going to press it had not responded.

While ‘contract for closure’ negotiations are strictly commercially confidential, the government said it would enter into contracts by 30 June, with a preferred generator closure timeframe between 1 July 2016 to 30 June 2020.

Some local sources have questioned whether an announcement about which generators will negotiate to close would be possible by 30 June.

Numerous insiders have claimed negotiations with eligible generators have so far been limited.