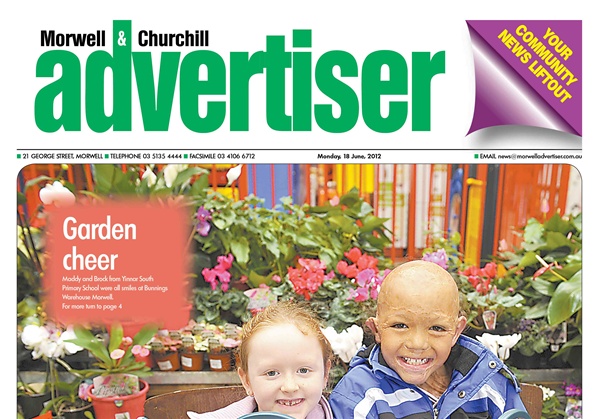 THE newly-established Boolarra and District Horse and Trail Riding Club have received a funds boost after a local business won a statewide competition.

The five month-old club received a $5000 boost from Yinnar Fuel and Farm Supplies’ in the Shell Community Drive competition, which club treasurer Dianne Sharman said would “go a long way in helping us get started”.

“We are hoping to get our own home base and have fun activities for our members,” Ms Sharman said, adding the club presently had 32 members whose ages range from 12 years to their 60s.

“It’s a work in progress; we’re trying to get some Crown land to set up our own arena.

“It was a surprise (that we won); it didn’t look like we were going to win at first.”

According to Ms Sharman, Yinnar Fuel and Farm Supplies’ Dave and Jan Holt had earlier pledged their win to the club, and all the members had pitched in.

“The club stood out as a worthy recipient if we won and being a newly-formed club, $5000 would really help them kick-start their journey,” Mr Holt said.

The club’s members include adults and children wanting a non-competitive horse sport, where they could appreciate the great outdoors on horseback.

Yinnar Fuel and Farm Supplies won the Shell Community Drive in 2010 and donated the $5000 to the Boolarra Pony Club.

“We knew this time around, the competition would be very tough and we would have to put in a massive effort to even place, let alone win,” Mr Holt said.

“We weren’t wrong; it was tough and we had to work so much harder.

“We weren’t only up against other Victorian Shell service stations, but Tasmania was included in our area.”

Mr Holt said they were overwhelmed by the support shown by customers, two of which, from Yinnar and Budgeree, won $500 as lucky weekly winners.

Shell retail territory manager Victoria Terry Kelly, who presented a mock cheque to the local business and members of the trail riding club last week, said the Yinnar business was up against 70 other stations in the territory.

“When a customer buys $25 worth of products, they get a ticket, and the most number of tickets redeemed wins on a ratio per sale basis,” Mr Kelly said.

“In terms of overall redemptions, this store was the highest.”

He said the national competition was run every 15 months and generated excitement among the 260 dealers.

“The money goes back to the local community for local-based community projects,” Mr Kelly said.