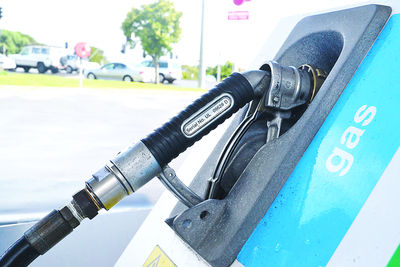 Extreme fuel price differences between metropolitan and Latrobe Valley petrol stations has led to calls for an investigation by the consumer watchdog.

RACV’s general manager public policy Brian Negus made the call to the Australian Competition and Consumer Commission earlier this month, after regional motorists faced ongoing “unfair” bowser prices, in which unleaded and LPG users were paying up to 30 cents more than city drivers for months.

“The increased price of unleaded fuel in regional areas is unfairly penalising country motorists simply because they live in a regional location and have less choice about where to purchase fuel,” Mr Negus said.

“While regional prices can normally be a little higher than metropolitan prices, 20 cents per litre more is really disadvantaging country motorists.”

The Express has received a number of complaints about the exorbitant fuel prices over past months, in which local motorists expressed ongoing frustrations they were being taken advantage of by fuel retail companies.

Local LPG prices jumped to above 80 cents per litre before the Easter holidays, and have remained at that level since, only receding slightly in the past fortnight, while average unleaded prices have hovered around the 150 cents per litre mark.

This comes as city drivers have enjoyed a gradual decrease in prices over the past three months, to the point in which unleaded has dropped below wholesale price, a move an RACV spokesperson said was the result of a suburban ‘price war’.

“Metro prices are out of step with the rest of the state. Fuel prices in regional areas appear high in comparison, however, in reality they are around the price we would normally expect to pay in cities,” Mr Purchase said.

“The answer is no one really knows why (country prices are more expensive)… sometimes (city) prices follow through and sometimes they don’t,” Mr Szymczak said.

“Certainly there’s been evidence there have been long periods of time (in the past) when (Gippsland) was the cheapest in the state market.”

However, Mr Negus said the current price cycle trends had been “unusually long”.