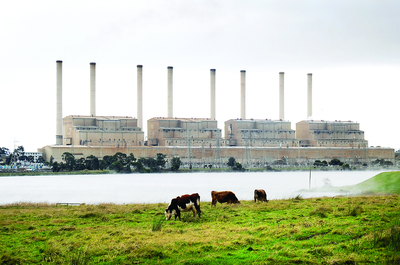 AS energy bills look set to soar with the introduction of the carbon tax, Latrobe Valley consumers are being urged to join “social revolutions” fighting for better deals.

One of several advocacy avenues now available to consumers struggling to meet rising electricity and gas costs is Energy Advocate.

Others include The Big Electricity Switch campaign and energy broker Energy Watch.

According to an Energy Advocate spokesperson, consumers voicing concern about rising bills sometimes attract “minor rebates” from energy providers but several months later the same provider might “increase their rates hoping that it flies under the radar”.

“This is how Australians live and breathe each day – electricity and gas bills continue to rise and the scales are tipped to reach as much as 20 per cent over the next few months, partially due to the carbon tax,” the spokesperson said.

“In the age of social media, consumers have the unique ability to connect and reclaim power from the energy companies.

“By grouping together, consumers can have a huge impact when switching energy retailers… 2000 consumers leaving their energy company results in a $4 million loss; at that level all retailers will stand up and pay attention.”

Energy Advocate joins a range of other brokers in the market whose mission it is to seek “better deals” for consumers from energy retailers and, where appropriate, facilitate their shift to a new provider.

The Big Electricity Switch campaign website claimed to have registered more than 83,000 consumers as of Friday and will be open for people to register for another fortnight before it seeks to obtain “group discounts” from retailers.

All of the brokers now promoting their services to consumers can be accessed online.

Meanwhile, the Australian Competition and Consumer Commission has launched a hotline for consumers and small business to help them avoid unfair price hikes.

ACCC chair Rod Sims said its Carbon Price Claims Hotline, 1300 303 609, and online carbon price claim form, would make it easier for consumers and business to complain if they suspected false price claims were being made about the carbon price.

“The ACCC is concerned that consumers may be duped into accepting a price increase for a product or service because of the carbon price, when the carbon price is actually not the cause,” Mr Sims said.

“While businesses are free to set their own prices, if they make claims about the impact of the carbon price, these need to be truthful and have a reasonable basis.”

To lodge a claim consumers should visit