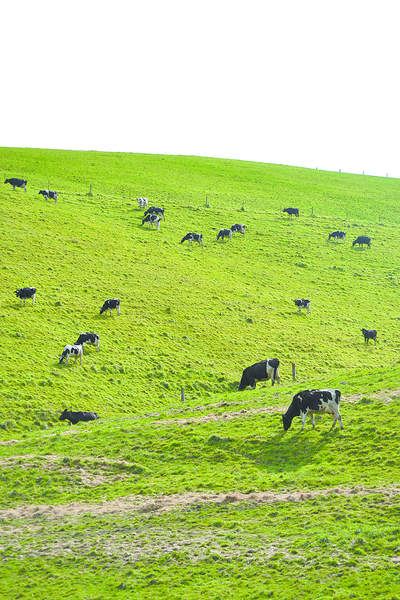 THE hunt is on for farming projects and agricultural initiatives which will secure Gippsland as the nation’s premier food bowl, as a bold government and private sector plan moves into its next phase.

The Gippsland Food Plan, developed through Regional Development Australia in conjunction with local agricultural stakeholders, aims to provide a framework by which local farmers and food processors can secure and expand their markets, while facilitating fresh activity in the sector.

Releasing its Vision and Strategic Framework Discussion Paper last month, RDA Gippsland Food and Agribusiness sub-committee chair Dr Nicola Watts said after more than a year of development, it was clear there were threats and opportunities to the sector which needed to be addressed with a comprehensive game plan.

Established in the context of long term climate change forecasts, which show Gippsland is continuing to exist as an area of high rainfall, and the need for the Latrobe Valley to diversify its economy away from its dependence on the brown coal sector, Ms Watts said all signs pointed to Gippsland’s future lying strongly in agriculture.

“Gippsland is well known for its great produce; both in terms of commodities and niche products, however we also acknowledge that there is a complex range of challenges and opportunities that threaten sustainability, as well as offering potential for growth in the sector,” Ms Watts said.

“With an eventual framework in place, we will be able to reinforce our strengths, through providing a clear lobbying tool for businesses and other stakeholders seeking funding from government.”

Ms Watts dismissed suggestions the food plan was an exercise in bureaucratic excess, and said the plan would have a marked impact in facilitating and strengthening Gippsland’s food sector.

However, Ms Watts would not be drawn on any trends, opportunities or shortfalls emerging in the plan’s development.

“Development of this plan is going to be a genuine engagement process; so the steering committee will not be speculating on our own behalf until we’ve taken this paper to the community and other industry stakeholders, which we will begin to engage from here,” she said.

Recent calls by State Agriculture Minister Peter Walsh to double the state’s food production by 2030 were criticised by Gippsland’s dairy, beef and horticulture sector representatives recently, who said without any direct funding incentives or frameworks to back up the call to arms, it was ‘political grandstanding’.

The Food Plan discussion paper can be viewed online at