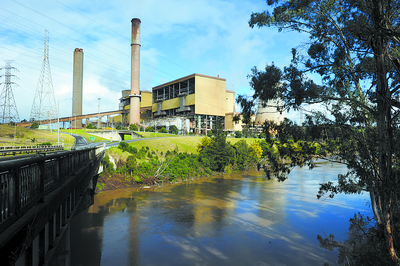 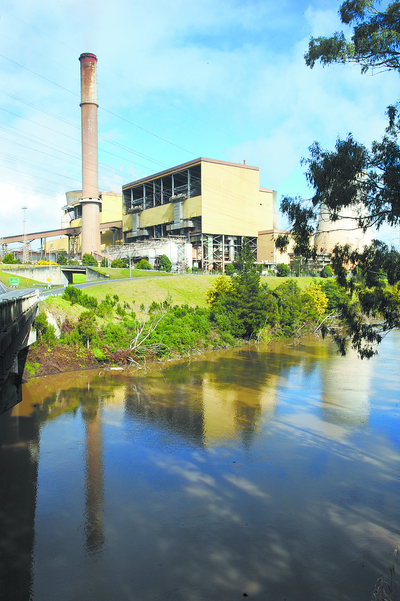 SCIENTISTS are investigating whether traces of iron found in the Latrobe River, as a result of flooding in the Yallourn open cut, are harming the river’s aquatic life.

The results of ongoing monitoring of water discharged into the Latrobe River from the adjacent Yallourn mine, under Environment Protection Authority approval, have been released online.

An August 2012 EPA bulletin detailing the “emergency discharge”, a pumping effort which began in response to the Morwell River collapsing into the mine after heavy June rains, has detailed mine operator TRUenergy’s water testing processes and results.

“While there have been no harmful levels of other contaminants such as heavy metals or hydrocarbons, we have seen traces of some naturally occurring compounds, such as iron, and we are undertaking whether these are harmful to aquatic life,” the bulletin said.

“Results indicate the discharge of water from the mine has increased turbidity levels (cloudiness due to silt) in the Latrobe River. Impacts are being monitored for the river and Gippsland lakes.”

TRUenergy applied to EPA for emergency approval to pump flood water from the mine into Latrobe River, on the condition it could demonstrate “the discharge will not cause any long-term negative impacts on the environment”.

Utilising a nationally accredited independent laboratory, TRUenergy is required to submit monitoring results to the EPA fortnightly for temperature, pH, metals and nutrients across eight testing sites, which are located upstream, downstream of the water diversion, and in the mine itself.

Monash University environmental engineering senior lecturer Gavin Mudd said with water having sat in the open cut for more than two months, there was no doubt water quality had been impacted by harmful metals and other substance through ongoing leaching from the mine batter walls.

“It’s not a question of ‘if’, but ‘how much’ leaching has occurred, but you don’t need lots of heavy metals to cause issues in river ecology,” Dr Mudd said.

Dr Mudd referred to a number of Australian cases of disastrous river contamination as a result of mining activity, particularly in Queensland’s black coal mining hub, the Bowen Basin.

However, Dr Mudd said in relation to Queensland rivers, which see major flows during the summer wet season that are drastically reduced in the winter months, Latrobe River flows were more consistent, and better placed to dilute harmful substances entering the river.

Environment Victoria campaigns director Mark Wakeham said while the monitoring was more thorough than he had expected, the results indicated the diversion was having a concerning impact on the river.

“We are likely to see greater impacts when we move into drier conditions, there’s a fair bit of dilution going on during the winter,” Mr Wakeham said.

“We will pursue a copy of the actual test results and talk with water quality experts to find out what those impacts will be.”

The bulletin is accessible online at www.epa.vic.gov.au/~/media/Publications/1494.pdf