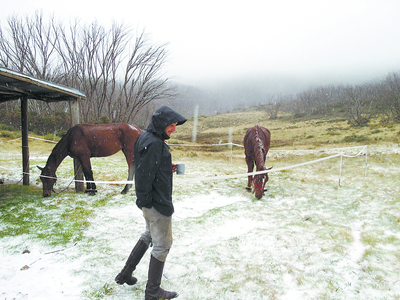 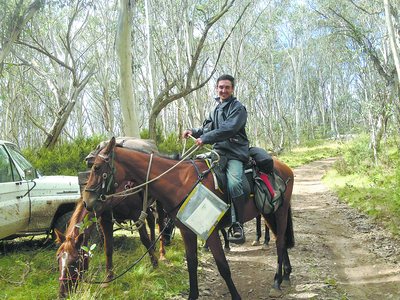 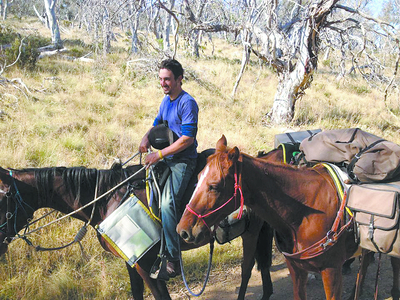 HAZELWOOD resident Sam Alexander has had a challenging six months on the Bicentennial Trail with his horses to raise funds for the Royal Flying Doctor Service.

However, he remains in good spirits and said he was looking forward to the last leg of his journey.

“I’ve had some ups and downs; it’s been an ordeal,” Sam said.

The 23 year-old medical graduate student was home in the Latrobe Valley for a few days after he was invited to be a keynote speaker at the National Rural Health conference in Creswick, to promote his journey and rural health.

Having spent several months on the trail, Sam was not expecting to return to Victoria, but the opportunity to speak at the medical conference enticed him.

He had left his three horses in Glen Innes, New South Wales and flew down to Victoria for the few days.

Sam said he was about two-thirds through his journey, and the “tough part was over”.

In the months he had been riding the trail, he said he had been through beautiful country, met many different people, and had talked to school students about his experiences.

“So far, things are going according to plan,” Sam said.

This is despite the discovery it was tough going alone through Australia’s high country for months at a time, the threat of brumbies, and the night a freak blizzard swept through Kosciuszko National Park during his journey.

“We were up 1400 metres and the blizzard swept through; it was about -16 degrees Celsius and I didn’t have a proper sleeping bag…needless to say I didn’t sleep a wink,” he said.

Through it all, his horses remain his “number one priority”.

“My biggest fear would be losing control of the horses, especially in brumby country,” Sam said.

He has few luxuries on the trip, two of which are his iPad and a solar panel.

“I need the opportunity to connect to the outside world; it means a lot to me,” he said.

In the short time he had been off the horses, Sam said it was a challenge shifting his mental pattern.

“Every morning, you spent two hours packing up and moving on, and looking for grassy areas to set up camp; even while on the train recently, I found myself thinking about spots to set up camp,” he said.

Now back up north, Sam said he would face a different set of challenges in Queensland.

“There are crocs, and the terrain is different…some areas may not have water and grass,” he said.

When asked how much he had raised for the RFDS, Sam said he had not set a target and preferred “not to know” at this stage.

“I don’t want to have the pressure to meet this on me; every day on the trail is a psychological battle,” he said.

“I’ll find out how much I raised (for RFDS) at the end of the trip.”

For more information on Sam’s journey or to donate to the Royal Flying Doctors Service, visit his website at www.headingnorth2012.com