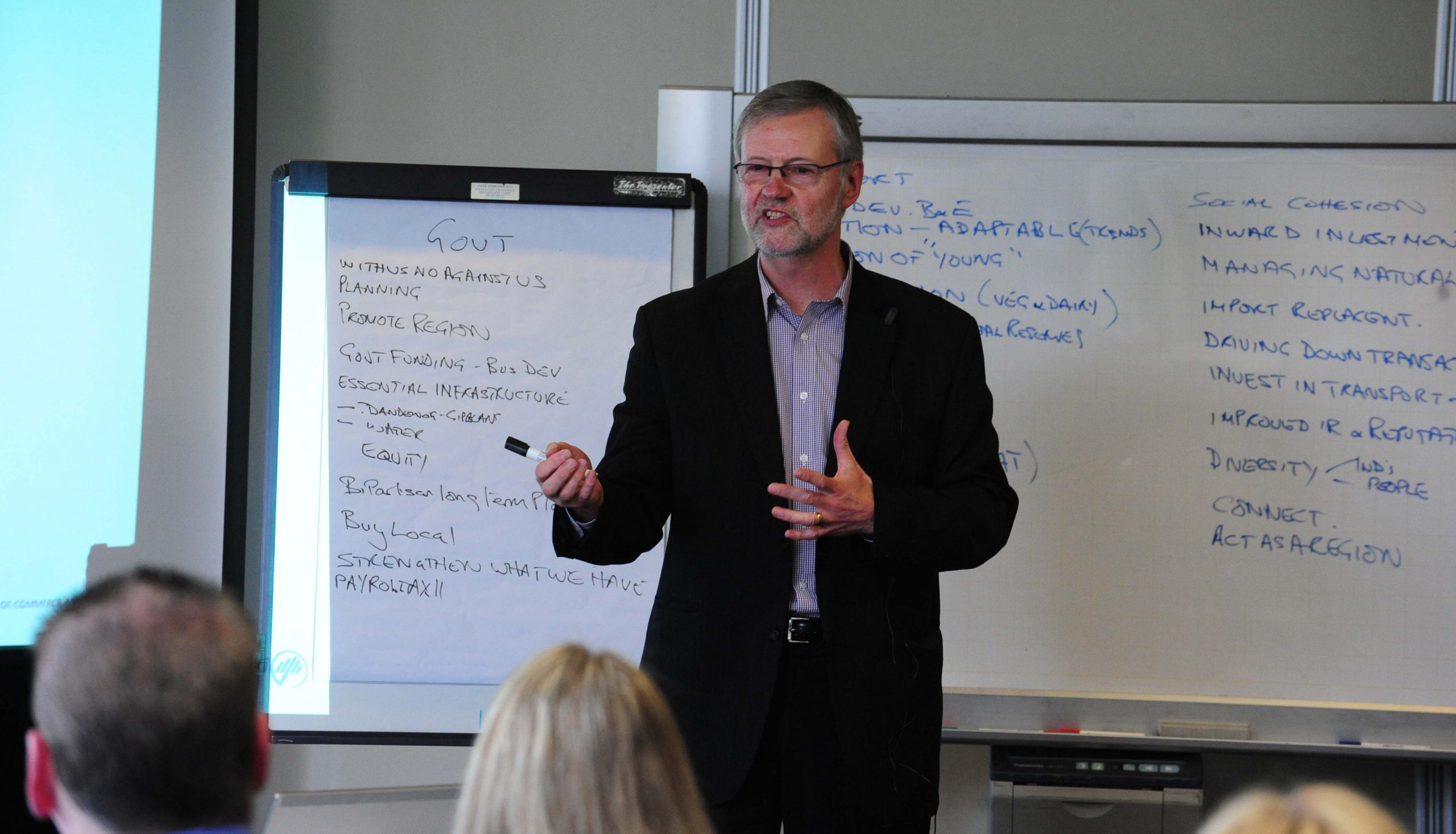 GIPPSLAND boasts impressive “points of difference” compared with other Victorian regions, but needs a “voice” to communicate that externally, according to Victoria’s peak business body.

That was the key message from Victorian Employers’ Chamber of Commerce and Industry chief executive Mark Stone when he addressed a forum of regional business leaders yesterday in Traralgon.

Calling for Gippsland’s leaders to continually shout the region’s many strengths “from the rooftops”, Mr Stone asked “who is the ‘voice’ of Gippsland?”.

He said it was not until chairing a Gippsland major projects summit earlier this year that he had learned of some of Gippsland’s key business ventures and infrastructure projects.

He suggested a “communications game plan” was needed.

He said he had since “spread the word” to about 100 other businesses across the state and “they didn’t know about them either”.

Mr Stone suggested an effective and recognisable “voice” for the region could ensure “you get noticed…and other businesses will want to be part of the action”.

A successful strategy would see a range of individuals “singing from the same hymn sheet” about Gippsland.

“It’s about having that game plan well articulated and people knowing it well and then it doesn’t matter who is in the media or out there promoting Gippsland, they are all promoting similar things and making sure the point of difference is well understood,” he said.

Mr Stone said while local businesses struggled with issues of “distance”, the impact of a high Australian dollar and the more energy-intensive Gippsland businesses were “feeling the pinch” from the carbon tax, they continued to “get on with business” and not “cry over spilt milk”.

Referring to the carbon tax, Mr Stone said “when a decision is made, we may agree or disagree but once it’s made, it’s about saying ‘let’s get on with it’… if it does affect you how do you get some help and mitigate (the impact)”.

On the matter of “distance”, Mr Stone said “this is an issue for any regional Victorian area, and it’s not solvable, it is a matter of living with it – just like the (high) Australian dollar that is going to be around for a long time.”

Commending local business leaders on their proactivity, Mr Stone said the “passion” and “eagerness” of forum participants had impressed him.

“Everyone who spoke today had passion… passion about the region, but also the eagerness to do something to make it better known”.

Mr Stone said freight-related impediments to business were raised as an “issue” at the forum, as was the matter of public transport in the region.

The Gippsland Local Government Network also recently identified the region’s freight capacity as an urgent priority for government attention to boost the productivity of existing businesses and help lure new investors to Gippsland.