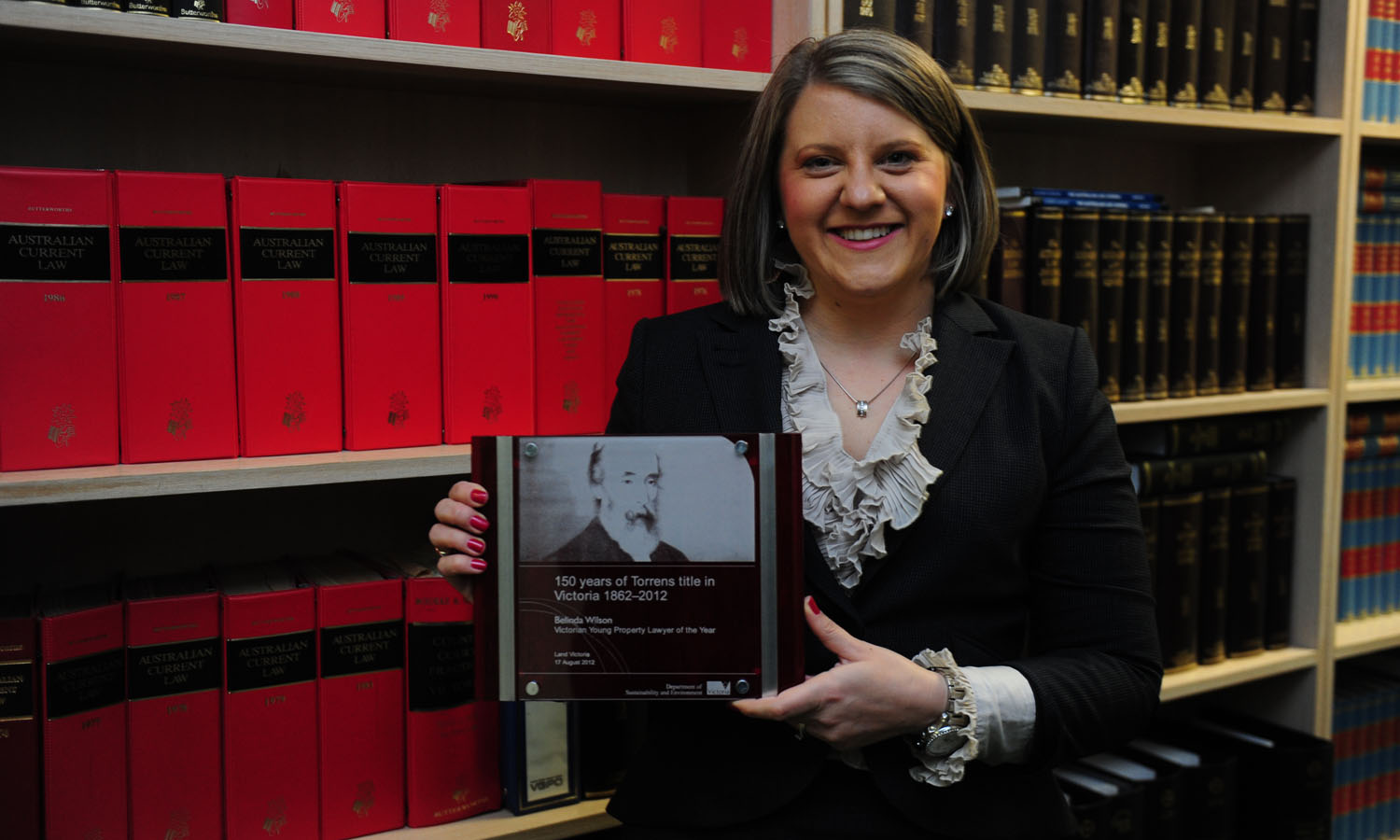 IN almost every aspect of her life, Coongulla resident Belinda Wilson tackles challenges head-on – the way she does everyday at the office.

During her free time, the young lawyer laces up her running shoes and pounds the pavement as a long-distance runner, and takes pride in setting and meeting her own goals.

In a recent major achievement, Ms Wilson was also named this year’s Victorian Young Property Lawyer of the Year Award presented by the Law Council of Australia in conjunction with Land Victoria – a first for a general practitioner lawyer, and the first time the award has left the city.

“It was a huge win for Gippsland lawyers, as it acknowledges the work we do,” Ms Wilson said.

She said receiving the award was “lovely” because it was recognition from her peers and public at large for the effort put in.

“I work hard, but there are many others in the same boat; winning this award shows we know our law, and we can compete on a national level,” she said.

“I hope this encourages more young lawyers to practice in Gippsland.”

The award, which recognises the achievements of lawyers under the age of 35, was notable because it was celebrating the 150th anniversary of the introduction of the Torrens title system in the state.

It was also the second award Ms Wilson has won in as many years.

She said her interest in property law stems from the fact it covers “everything”, from families, buying and selling land, and wills and estate planning.

Ms Wilson, who has been a lawyer in Gippsland for the past 10 years and is the president of the Gippsland Law Association, is also passionate about promoting the region.

“(Practicing law) here, you get to build great relationships with your clients; as country lawyers, you have a personal connection with them, unlike in the city,” she said, adding it also exposed young lawyers to more components of the law.

She also said running in her leisure time, was a great way to take in the beauty of the region.

“I love interpreting legislation and contracts, and finding the balance between written law, emotions and the outcome you want to achieve,” she said.

She said law today had a “different vibe” than it did 10 years ago.

“There were very few young, especially female lawyers, but that has dramatically changed; it is very young and vibrant now,” she said.

Looking ahead, Ms Wilson hopes to specialise in either business, property, or wills and estate planning.

“It is a big commitment; in the mean time, I will continue to enjoy my work,” she said.