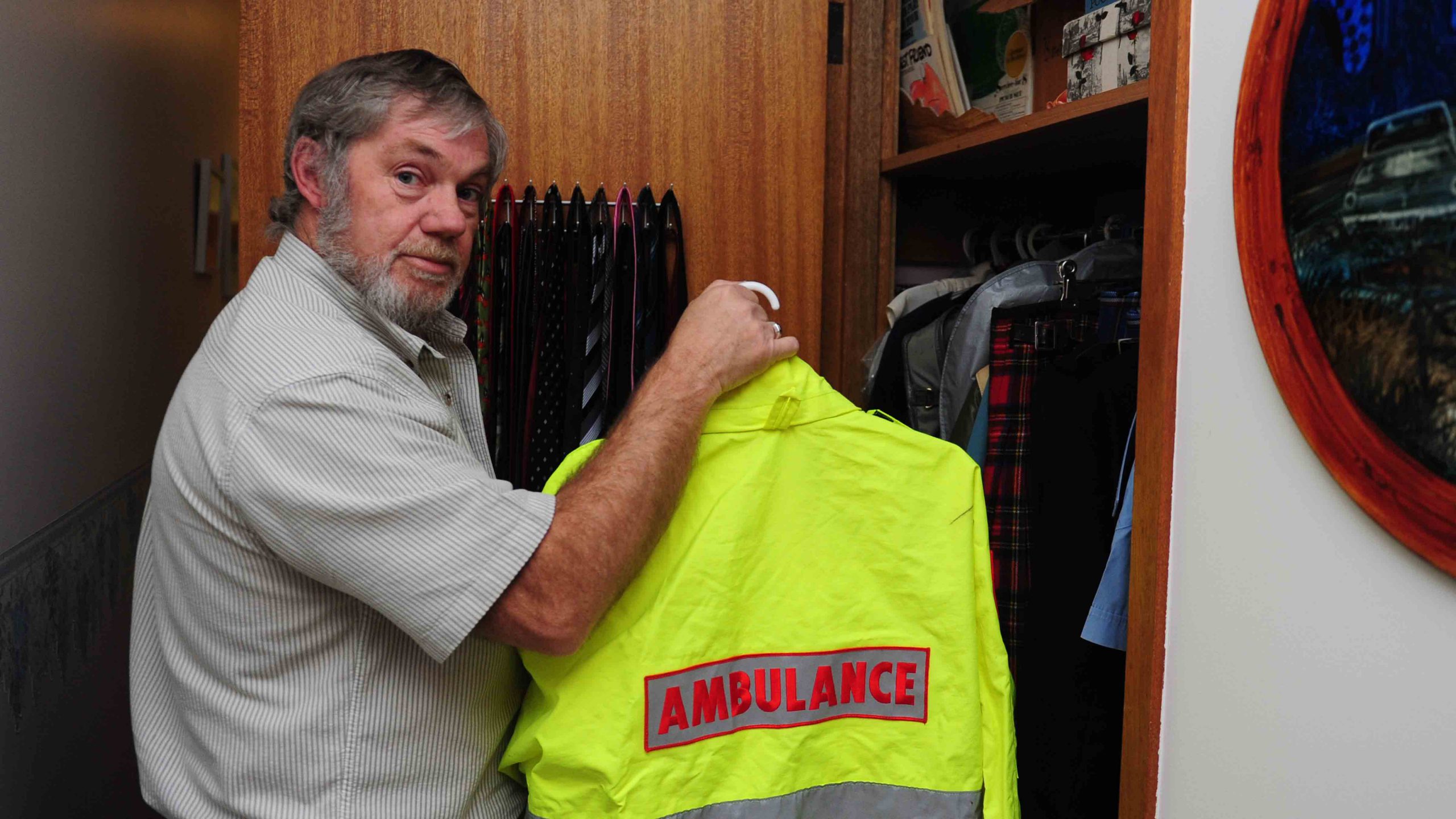 WHEN Ken Curtis lay his Ambulance Victoria uniform out for the final time last week he “just wanted to sit down and cry” – this was not the way he envisaged his 42-year career ending.

More than four decades in this line of work had taken its toll on the dedicated paramedic and communications officer.

He has battled post-traumatic stress disorder since a particularly horrific call-out some years ago, but he had always hoped to retire on his own terms.

Instead, when Mr Curtis returned to work in Morwell last month, following recovery from a knee replacement, he said he was taken aside and informed there was no work for him and he was sent home pending further notice about his future with AV.

Days later Mr Curtis said he was summonsed to a meeting and handed a letter confirming AV was terminating his services.

“I was really gutted,” he told The Express.

His views were supported by Ambulance Employees Australia general secretary Steve McGhie who told AV staff, via a bulletin, that Mr Curtis had attempted to be redeployed following the closure of the Morwell OpCen (Triple Zero call centre) in August 2010 and had “assisted AV by being seconded to the Ballarat OpCen”.

Mr McGhie said Fair Work Australia advised AV, in March this year, it needed to redeploy Mr Curtis in other duties but since then “AV have not offered Ken any redeployment”.

He said AV had let go of Mr Curtis “while vacant positions were still being advertised on the intranet”.

In response AV said, in a statement, many former OpCen workers had been “successfully redeployed” while “some chose to take voluntary redundancy packages”.

“Mr Curtis advised us that he wanted to continue to work and we have worked with him over the past two years to find him a suitable placement,” the statement said.

“Unfortunately due to a range of reasons, he was unable to progress applications for any of the advertised roles available.”

AV said it recognised Mr Curtis’s dedication over many years to his work and regretted being unable to place him in an “alternative role”.

Mr McGhie said AV’s actions were evidence employees “all just make up the numbers” – certainly that is how Mr Curtis said he had been left feeling.

Since starting his working life with AV as a keen cadet, inspired by his father’s service to St John’s Ambulance, Mr Curtis spent seven years stationed in Morwell followed by a further decade in Lakes Entrance,

After attending a job he referred to as “really nasty” the paramedic took a break from AV and worked in first aid for Australia Paper for 12 months before returning to AV’s Sale communications centre where he spent eight years, and was promoted to branch manager.

In 2001 Mr Curtis moved to the Morwell OpCen and, when it was closed in 2010, continued to travel to Ballarat to relieve staff shortages at the new centre.

Since being diagnosed with PTSD, an affliction common to many of his colleagues, Mr Curtis can no longer “work on the roads”.

He said at least five of his former workmates faced similar difficulties but “were not strong enough to take AV on”.

A Sydney Morning Herald report in May this year called the job of a paramedic “one of the toughest jobs in the country – an adrenalin-charged ride through what is often the worst of human experiences”.

It said despite countless suicides and attempted suicides by staff, 11 parliamentary and internal inquiries over a decade and 96 complaints to the corruption watchdog, AV had yet to “acknowledge the impact of years of neglect on its traumatised workforce”.

Mr Curtis contends AV has a responsibility to “look after its staff” but said “instead I feel they wanted to be rid of me, that I am a dinosaur”.

It has been a bitter pill to swallow for an employee who spent years taking on additional community roles on behalf of AV, including 16 years as Ambulance Historical Society of Victoria president, a stint as the AV representative at the Lakes Entrance Lifesaving Club and as a spokesperson at elderly citizen clubs, Neighbourhood Watch and church groups.

In 1996 Mr Curtis took a week off work and travelled 2400 kilometres to promote Ambulance Week.

“I did all of that for the community, and have done it all my life… when I joined AV you did everything you possible could for the service, and they used to really look after their members,” he said.

Mr Curtis maintains there were a number of positions he could have taken on at AV but the service was not willing to consider his proposals.

“Who is going to employ me now?” he asked.

“I am 60 years old, I have post-traumatic stress disorder and I only know ambulance work… what else can I do?”

He said in 2009 AV committed to “ongoing employment for every OpCen employee” and he contends the service has backed away from that commitment.