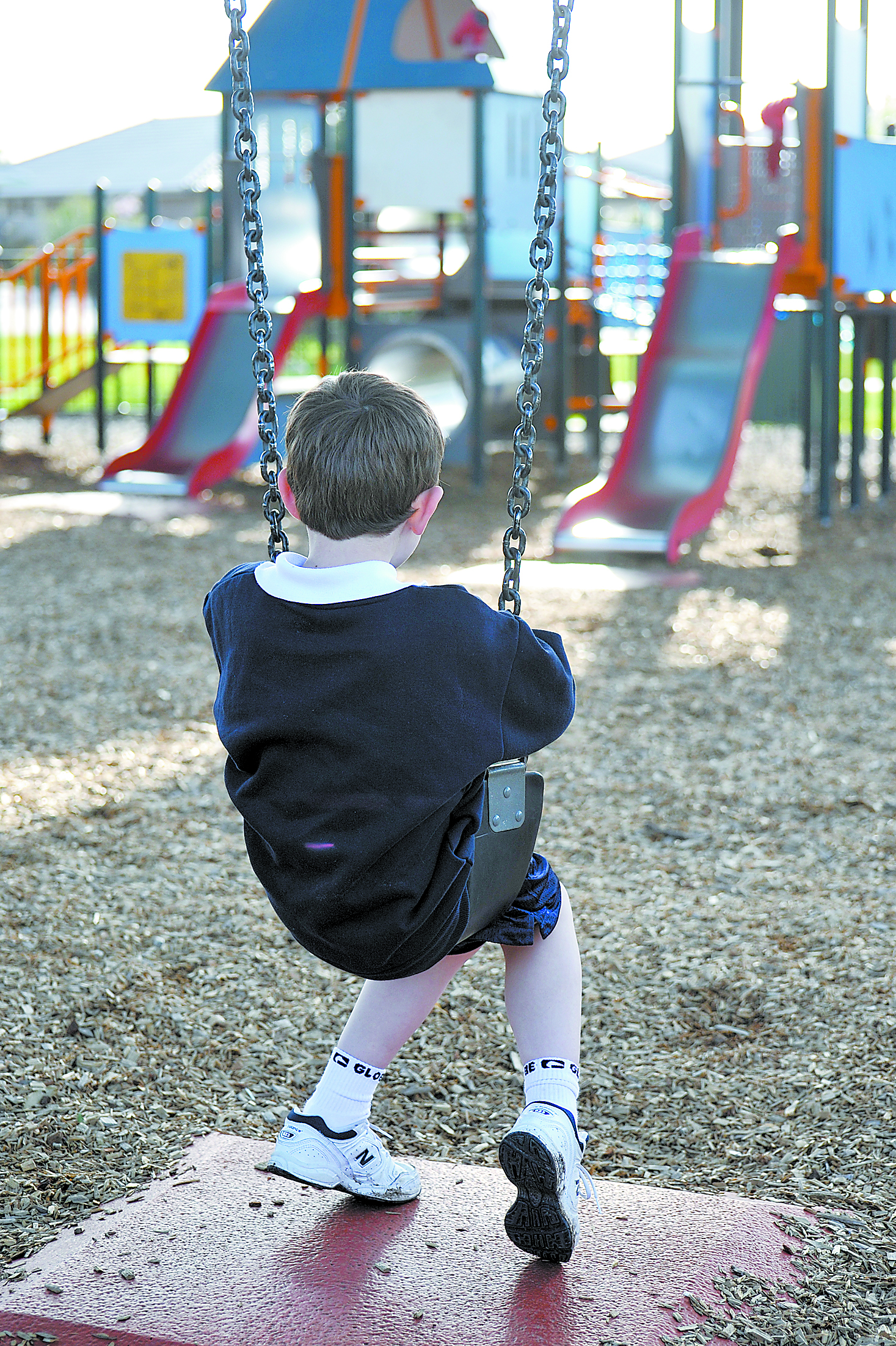 Aiden is six years old and is “petrified” of going to school.

According to his mother, Jodie Harris, he will not go outside by himself, and is reluctant to sleep alone in his room.

Only 12 months ago, Aiden was a “happy healthy child” who woke at 6am excited to go to school.

He now sees a paediatrician, a psychologist, a speech pathologist, two occupational therapists and is on anti-anxiety medication to get through the day.

According to Ms Harris, a spate of ongoing bullying at Grey Street Primary School in Traralgon has “completely transformed” her son.

Ms Harris said he had been verbally threatened, punched, and stabbed with a pencil.

Despite her “best efforts” to work with teachers to intervene, she said she felt she had no choice but to transfer her son to another school.

“We fear that the harm done in the last year may be irreparable… but if we can help just one child by getting our story out there, then that’s one family better off,” Ms Harris said to The Express in a letter, speaking out about the events of the past year.

Ms Harris said it was not long before Aiden came home crying regularly, after other students had thrown his clothes and school work onto school roofs.

By grade one, she said, the bullying had become more common and the taunts more “vicious”.

“Not only did the above incident begin happening more frequently but Aiden was also being verbally abused by other students, both using profanities or verbally threatening him,” Ms Harris said.

“If you don’t give me this I’ll bash you” or “if you tell the teacher we’ll get you after school” were among the verbal threats Aiden received from his grade one peers.

An immediate meeting with Aiden’s teacher, instigated by Ms Harris, had led her to believe the school “was working on it”.

However a pattern of detachment and distress from school and home life followed; once daily activities were becoming a source of anxiety for Aiden.

“In term two we noticed that he was coming home very hungry, regularly eating in an hour what he should have eaten over the day,” she said.

“After a few weeks he confided in us that other children had been taking his lunch. He’d also been bullied into thinking if he didn’t give them his lunch or snacks that they wouldn’t play with him.”

When Ms Harris’ subsequent attempt to make contact with Aiden’s teacher proved unsuccessful she approached the school nurse who then redirected her to the class teacher, who was again “unavailable”.

Ms Harris then attempted to meet with the principal, but said she was again redirected to the teacher.

A parent teacher interview was scheduled for June, where Ms Harris brought up an incident in which Aiden had been allegedly stabbed with a pencil.

“(The teacher) was aware of the (pencil) incident, however didn’t feel it was serious enough to contact us, and that she was still working on the ‘social issues’,” Ms Harris recollected, adding the teacher “denied” Aiden was being bullied.

The final straw came when Aiden was “assaulted” on 2 August by an older student for not handing over a yoghurt snack, and was told he looked like “he was on drugs” .

“Aiden said he’d been to see the teacher and she told him it wasn’t nice to make stories up,” Ms Harris said.

An “irate” letter sent to the teacher the following day resulted in a phone call from her; Ms Harris was told by the teacher she was aware of the incident and knew about the “older child taking his snacks for weeks”.

“When I asked her what had been done, she said she’d spoken to the older boy’s teacher and he was told to stay away from Aiden – that was it,” Ms Harris said.

During Aiden’s final two weeks at Grey Street, Ms Harris battled to get him to school.

She said he was concocting a range of excuses not to go, from wanting to stay home to help, to making himself sick.

In a final meeting with Ms Harris and the teacher, Aiden said he wanted to change schools.

“Not once did (the teacher) offer sympathy or advice; not once did she offer an alternative for him to stay at that school, she simply wiped her hands and sent him on his way,” Ms Harris said.

Aim to work together

“We feel in order to resolve (this situation) it should be at the school level, which we are very happy to do, and we could then discuss the points raised in (her statement),” Ms Homewood said.

As acting assistant principal since April, a role Ms Homewood said involved fielding concerns from students’ parents, she said she had “never been approached about (Aiden’s) situation at any time. “I’m disappointed that it has come to this; I can’t find any record of (the parent) coming to the office to make an appointment to see the principal,” she said.

“Our door is always open to parents who have any concerns and our aim is to work together so all students feel happy at school. I’m sure the classroom teacher was managing a whole range of behaviours and things that were happening; there would have been strategies put in place to support everyone involved.”

Ms Homewood said a letter received from Ms Harris was acted upon immediately, and all issues brought to the school’s attention were always followed through with.

“Our school policy is to work with the students involved seen to be doing the wrong thing and put strategies in place whether there should be consequences or behaviour management plan.”