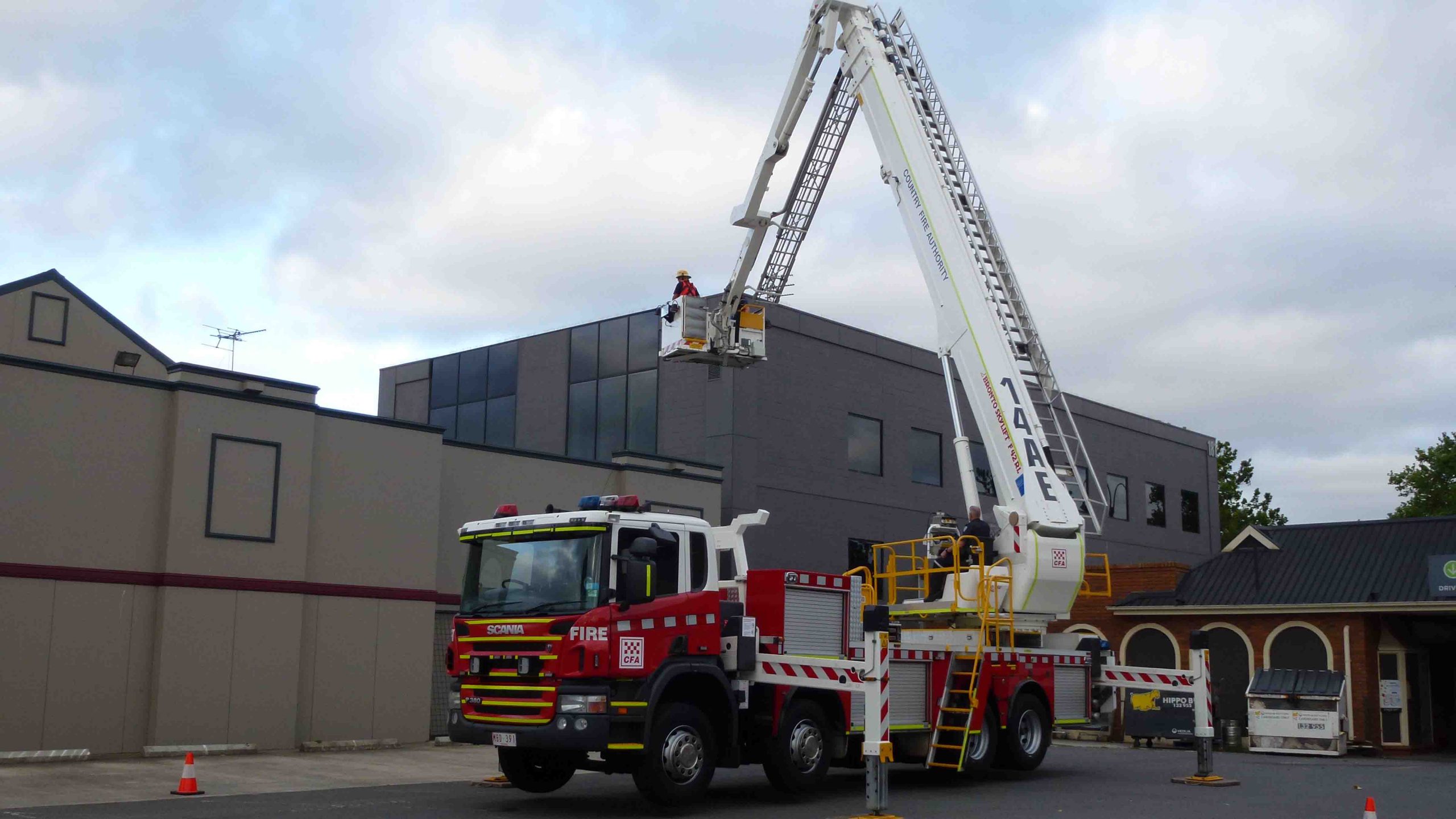 TRARALGON’S “number one” fire fighting priority; a truck equipped with a 42 metre rescue ladder, is yet to see “combat” operation, despite being delivered to the region with great fanfare nine months ago.

The ‘Bronto Ladder’ truck, known among firefighters as the ‘rescue ladder’, has sat idle in the backyard of the Traralgon Country Fire Authority station since November as crews continue to train in its operation.

Despite expectations the truck would be in operation by February, it has remained garaged between training procedures, with only seven of Traralgon’s 20 full-time fire fighters fully endorsed to operate the rescue ladder.

“The budget cut will clearly delay our ability to put that online… we’ve been fighting to get that truck for years, but since November, it’s just been sitting in the backyard,” Mr Elliot said.

At the public announcement of the rescue ladder’s arrival to the Valley in December, Traralgon operations head Peter Lockwood said it was expected to come into operation by February.

“In the first round, we will have 26 officers and members from Morwell and Traralgon trained in its operations… right across Gippsland, the impact of having the ladder around will be felt,” Mr Lockwood told The Express at the time.

While the Traralgon Bronto is fully operational, and has attended jobs in other areas of the state while manned by external crews, it is yet to fight a single fire in Gippsland.

However last month a fire at Gunn’s Timber dry mill site in Heyfield required use of a rescue ladder due to “awkward” working conditions, but with insufficient crew members on hand in Traralgon, one of the state’s remaining two rescue ladders was called in from Dandenong.

CFA acting regional director Mark Potter said while the training delays were unfortunate, there were strict training procedures that had to be adhered to and were not going to be rushed.

“We’ve got to acknowledge the amount of training that’s required; we’ve got to feel for the guys at the station, who have got to train in the middle of day-to-day activities,” Mr Potter said.

Mr Potter denied the government funding cuts would affect the truck’s implementation, which he believed would “hopefully’ occur within the coming two months.

In response to questions on whether Traralgon CFA envisaged the training challenges when announcing an expected February implementation, Mr Potter said he “would have hoped so”.

The CFA’s official response to the cuts has echoed the State Government line that front line services would not be affected, however Mr Elliot said local fire fighters were not convinced.

“Our troops haven’t been told anything (about the impact of the cuts); we’ve seen cut backs in recruit courses, yet there’s advertised(position) vacancies all around the state,” he said.

He said after working as a career firefighter for 12 years, and volunteering since 1988, troop morale, in response to news of the budget cuts, was at an “all time low”.

“We’ve had some keen valued members come on board in the last two years who are already starting to get disenchanted.”

Mr Elliot said a contingent of about 30 Latrobe Valley career firefighters and volunteers attended a rally in Melbourne against the cuts, which would also see $25 million cut from the Metropolitan Fire Brigade this financial year.