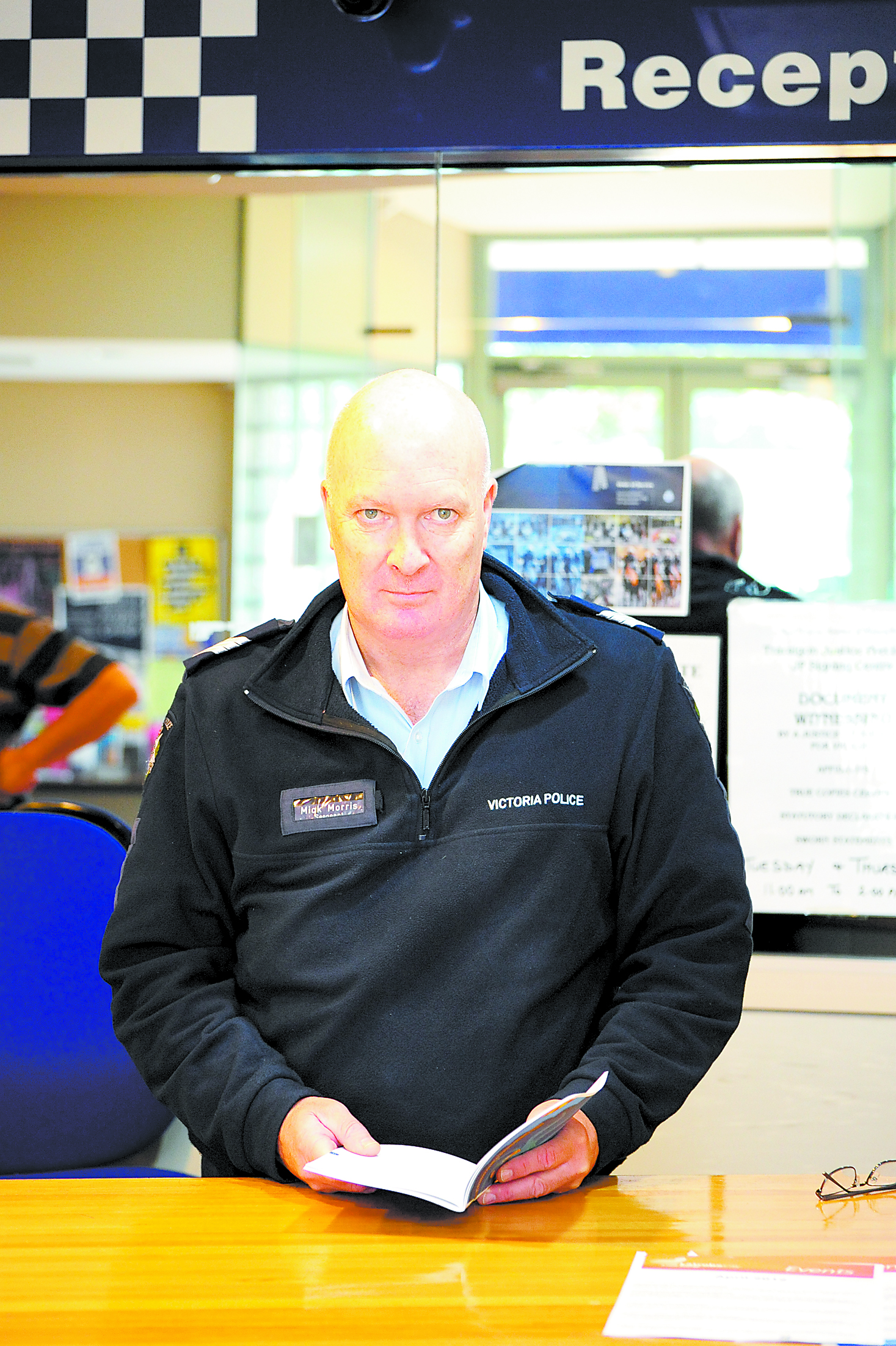 LATROBE Valley’s police contend with the “pointy end” of dealing with people with mental illness regularly and are often in “risky and vulnerable” positions as a result.

Morwell Police Acting Senior Sergeant Mick Morris told The Express police were frequently required to respond to “people in crisis” and forced to make judgements on their condition based on their responses to commands.

Those responses then dictated the “best action to take when we are responding to incidents,” Snr Sgt Morris said.

Training courses in suicide prevention as well as biannual training “on how to talk to, and communicate with, people with a mental illness” meant police were “better equipped to deal with this than we were 20 years ago”.

“Our notification comes when people are in crisis, or the paramedics need assistance; we are dealing with them in the extremes of their illness and we are the intermediary and we have to transport them or assist with their placement,” Snr Sgt Morris said.

Mental illness could manifest itself in frightening ways, he said.

“People can behave in a manner at risk to themselves or someone else and we have to determine if that is an imminent threat… we have powers under the Mental Health Act to convey people to mental health providers for assessment,” he said.

Snr Sgt Morris recognised “all agencies are under the pump with their budgets and resources” but said police wanted to see processes for transferring people from police care to service providers “streamlined”.

“The frustration comes when we detain someone under the Mental Health Act; it is time-consuming to determine their physical and mental health and they physically remain in our care while they are locked in the hospital’s triage system along with accident and emergency needs… and mental health can be triaged at the lower end,” he said.

“Police are very good judges of peoples’ mental states, we are dealing with them day in and day out so we can certainly make a decision when someone is in crisis.”

He said while mental health concerns plagued all policing regions, the Latrobe Valley was “a melting pot” as it was home to most psychiatric services.

“People stay close to these facilities so we do have a high involvement with people with mental health (problems) because of that.”

“People in crisis can behave irrationally and don’t often understand the consequences of their actions, or when they are in a hyper state they can be quite strong so we have to conduct assessments (around) risk-taking behaviour,” he said.

While Snr Sgt Morris was reluctant to judge the impact of de-institutionalisation “and re-assimilation” policies which had closed former psychiatric facilities in the region, he said “there probably is an issue with there not being enough accommodation for people in crisis”.