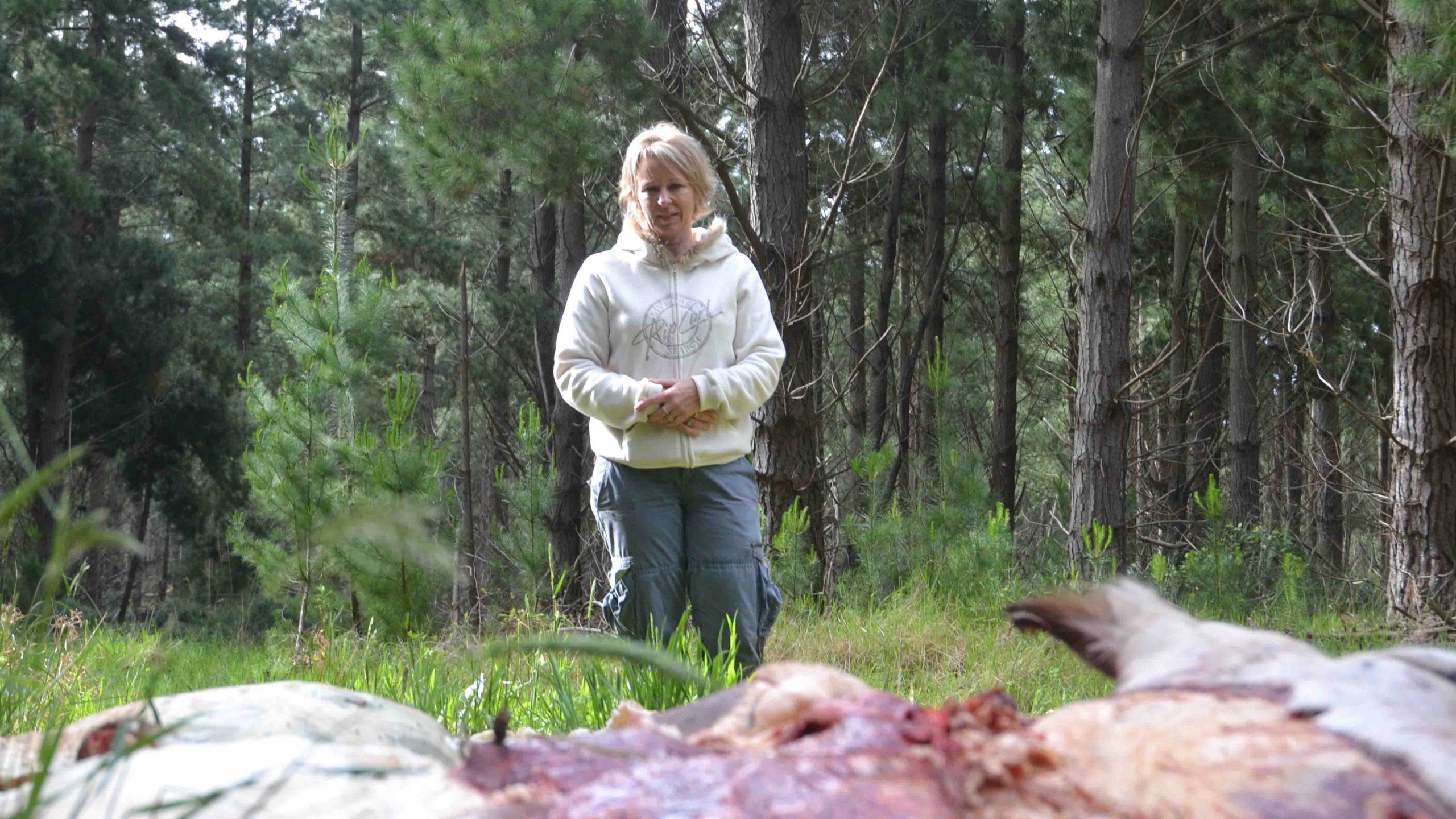 A PINE plantation in the Hazelwood North area, which has become a dumping mecca for animal carcasses, has angered nearby residents.

A dismembered horse, severed animal heads, and cow legs cut off at the knees are among some of the body parts which have been discovered in the pines, a trend which residents say have been on the increase in recent years.

The strip of pine forest adjoining Clarkes Road, owned and managed by HVP plantations, is a popular spot for walking, horse and dirt bike riding, according to residents.

Hazelwood North resident Simone Randall, who frequently exercises in the pines with her daughter, phoned The Express last week after being confronted with the latest carcass dumping: a severed cow head, internal organs and legs.

“I was walking with my daughter when we found the last body; we were both quite upset about it… we are sick of this happening and it has got to stop,” Ms Randall said.

Hazelwood North resident of 25 years Gale Cartwright, said while the pines had been a source of rubbish and animal dumping for as long as she could remember, the problem had worsened in the last 12 months.

“I’ve seen up to three dead sheep at a time; bags of legs and all the innards and heads of cows and even whole cows over the years,” Ms Cartwright said.

“Dozens and dozens of dead animals have been left up there to rot; a horse, which had obviously died, had its legs cut off.

“It does seem to be getting worse, especially with dead animals up there; traditionally it would have been one or two (dumpings) per year; now it’s happening six or more times a year… besides the stench, it’s just horrible to see.”

“Dumping an animal like that really doesn’t seem like a ‘farmer’ thing to do; we’ve got sheep ourselves, and we wouldn’t contemplate taking them off the property… if an animal died you dig a hole and bury it; you don’t dump it on public land which people use.”

HVP spokesperson Steve Wentworth said while illegal rubbish dumping had been an issue on plantation land during his 25-year career with the company, he agreed the problem had increased in recent years.

Latrobe City Council declined to comment on the issue.