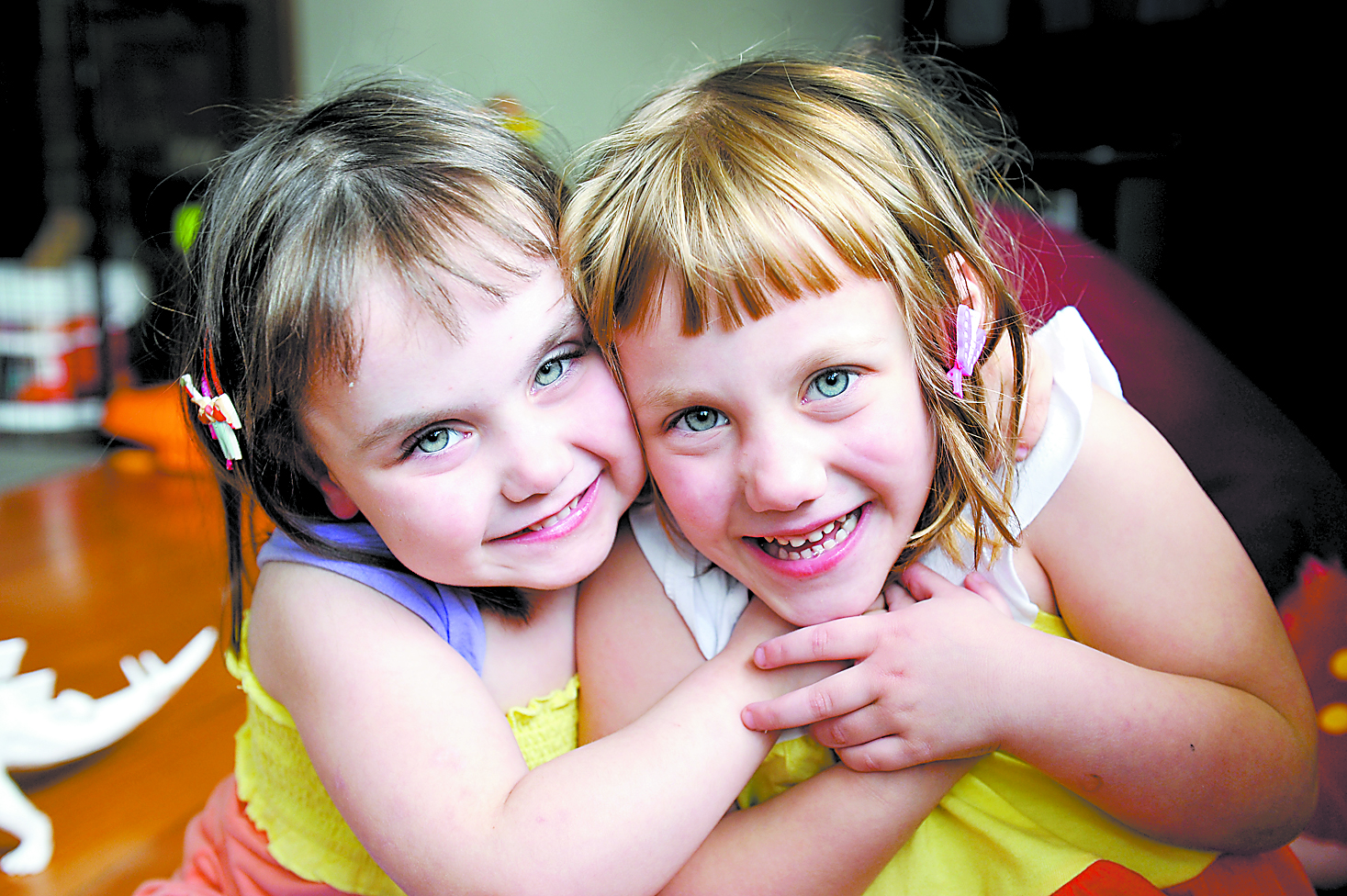 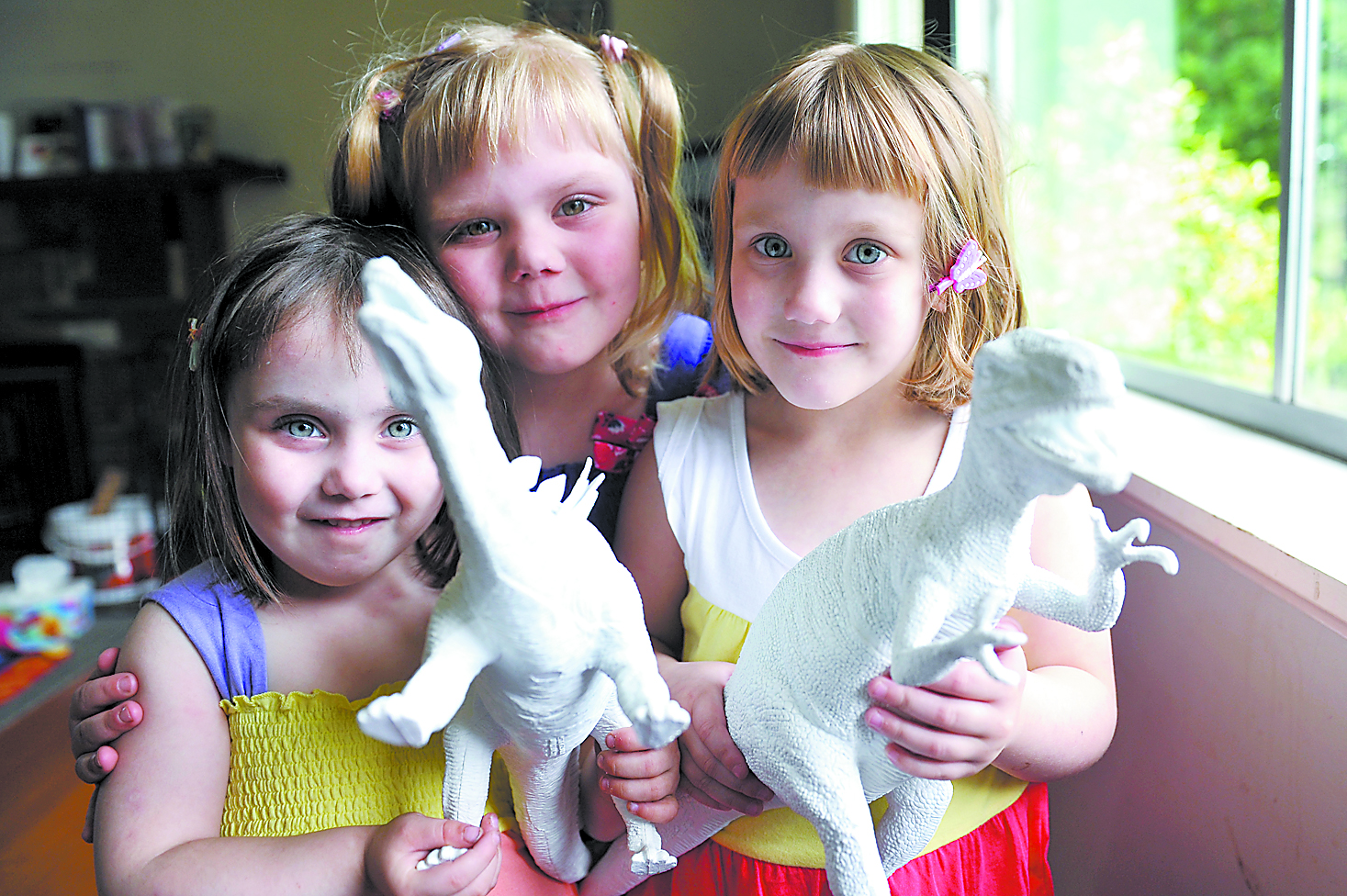 LIFE is a balancing act, and few are more aware of this than Yinnar’s Chapman family.

Three of the four Chapman children, five-and-a-half year old Kelly and twins Katelyn and Emily, who turned four on 5 November, have type III glycogen storage disease. For parents Sue and Joel, every day has brought a challenge in keeping their daughters’ blood sugar levels from dipping to dangerous levels through diet management.

“It’s always a balancing act for us; it’s a lot of trial and error,” Sue said.

She said because of their rare genetic condition, which means the girls’ bodies cannot properly store carbohydrate energy, resulting in abnormal amounts of glycogen being deposited in their livers and muscles, the girls could not have fruit salads or enjoy lollies and sweets in the same quantities as other children.

“It can take up to two years for a piece of chocolate to get out of their livers,” Joel said.

Because of the girls’ condition, which can see their livers distending to up to 13 centimetres, their immune systems were also exceptionally weak.

“A normal kid can get over a common cold in 48 hours, but Kelly can take up to three weeks to recover,” Joel said. “Every time one of them has a cold, they will end up in hospital; in terms of medication, we have to weigh up what’s best for them because a lot of things interfere with GSD.”

The constant attention required by their three daughters, including nighttime feedings, mean the Chapmans are usually short on sleep and are “bordering on sleep deprivation”, according to Joel.

As part of the girls’ dietery requirements, the family is forced to import cornstarch from the United States at a cost of approximately $300 a month; Joel estimated since their diagnosis, their children had consumed in excess of 1.5 tonne of cornstarch and protein, as well as up to eight litres of milk a day.

The rareness of type III GSD means many Australian medical professionals do not know how to cope with the disease; the girls’ specialist is based in the US and the family hopes to return to see him at the end of 2014.

“The last time we went, it cost around $22,000… this time it would be a extra because the girls all need their own seats. All 750 GSD patients in the world go to Dr (David) Weinstein (of University of Florida), so he’s booked out until March 2014,” Sue said. The family also struggles with bureaucracy; because of the rareness of GSD in Australia, they are not eligible to purchase diabetes test strips at the same rate as diabetics.

“It’s a lot of little fights because it’s such a rare disease nobody knows about,” Sue said. However, the financial pressure they face has been alleviated slightly with the care and concern from the Yinnar and district community. Sue and Joel highly praised several individuals and groups for their ongoing support, saying their help, even for things like mowing the lawns or bringing in food for the family, was appreciated.

Most recently, the Churchill-based Pistons Car Club raised $5700 for the family through its annual Hazelwood Car and Bike Show.

The three girls, who are intensely interested in dinosaurs at present, dote on the new addition to their family, six-and-a-half-month old brother Benjamin, who Joel and Sue believe at this stage, does not have GSD. “It doesn’t look like he is; we’ll still have to do a blood test, but he will have to be in perfect health for that,” Sue said.

“We were anxious after Ben (was born), but we felt because we’d dealt with it before, we could do it again,” Joel added. For now, the family was taking it one day at a time.

“We are looking forward to the girls hitting puberty, because we are told it can get a bit easier,” Joel said.

While relocating to the US would be ideal so their daughters could receive the specialists’ attention, the Chapmans say this was not an option because they were both in their mid-to-late 30s, and because of their children’s needs.

“We’ll just keep on doing what we’re doing for the girls,” Sue said.