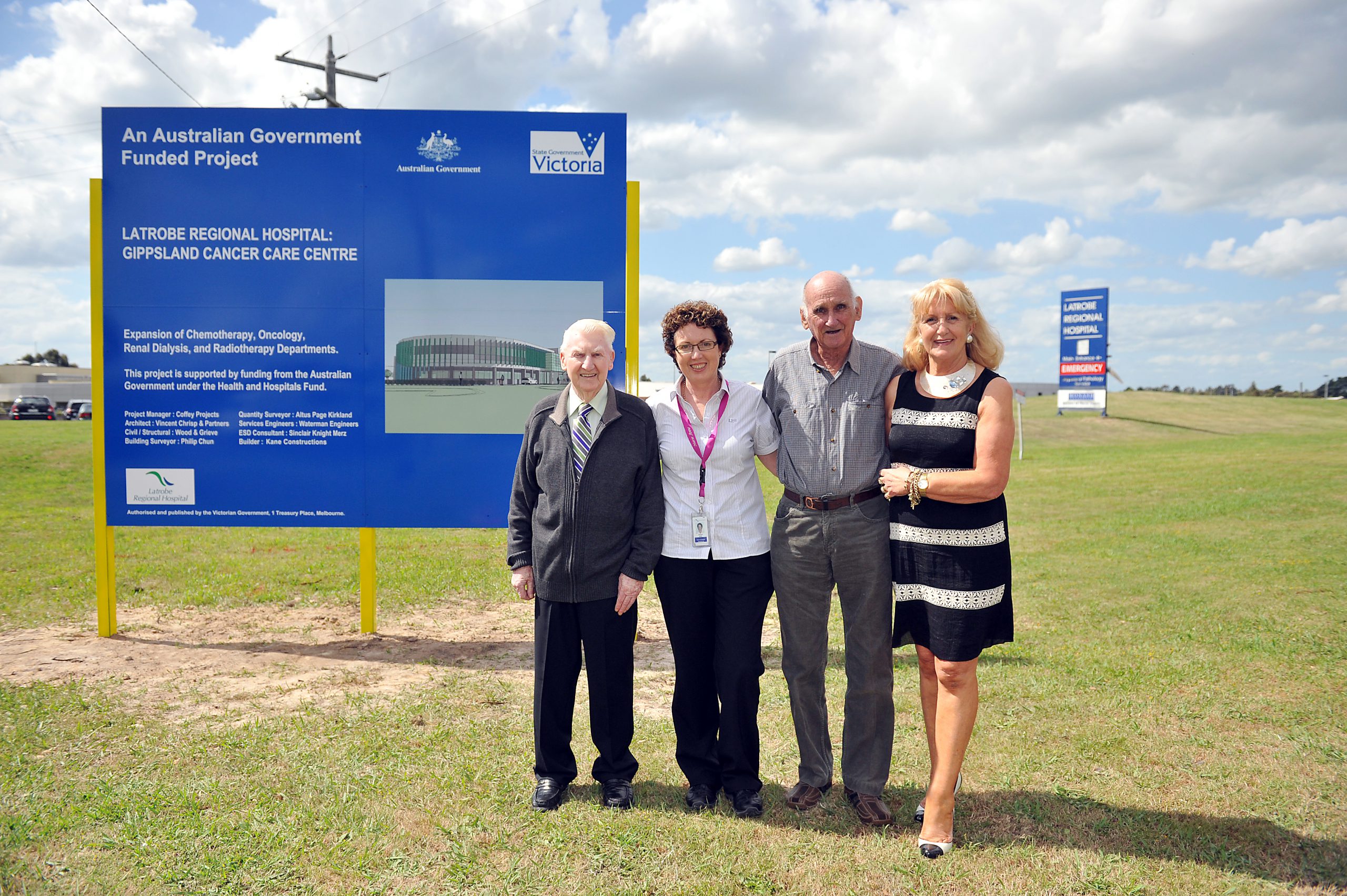 A GROWING local demand for cancer services is expected to be met through a major redevelopment at Latrobe Regional Hospital with contractors just appointed to oversee construction of its expanded cancer care centre.

While $22 million in Federal Government funds were secured in 2010 for the project, set to see chemotherapy services expand from 10 to 22 chairs plus four extra beds, work is expected to commence early next month.

Significant capital works will take place at LRH over the next 18 months, according to LRH chief executive Peter Craighead.

The hospital site will be a hive of building activity, with a $6 million Allied Health redevelopment underway, also expected to take around 18 months to complete, and a $4 million education precinct already partially complete.

Funding for the Allied Health project, partly provided by LRH, was announced in 2011.

It will include increased space for physiotherapy, occupational therapy and paediatric rehabilitation.

The new projects will impact on access to sections of the hospital for patients and while interim changes to access arrangements would inevitably cause some inconvenience, LRH said it was confident the building works would “enable us to meet the future health needs of cancer, dialysis and rehabilitations patients”.

Works to be undertaken include construction of a second storey on the GCCC as well as a third bunker for the delivery of radiotherapy treatment and the redevelopment of the hospital’s main entrance.

Works already completed included the fitting out of a new radiotherapy bunker, the commissioning of a new linear accelerator (linac) machine to deliver radiotherapy and the upgrade of the hospital’s existing linac, Mr Craighead said.

He said the building works were essential to “meeting the growing health care needs of the Gippsland community”.

“This is about ensuring that Gippsland residents will continue to have access to cancer care that is as advanced as anything else that is on offer in the state, even as demand for cancer services grows,” he said.

“It’s important to note that funding for these projects are out of the capital works budget, not the operational budget which has been affected by recent budget cuts,” he said.

Mr Craighead was referring to the $2.2 million in Federal Government cuts imposed on LRH over the remainder of this financial year which the hospital has already forecast will impact negatively on its elective surgery waiting lists and other areas of service delivery.

Meanwhile, State Member for Eastern Region Matt Viney welcomed the start of work on an expanded cancer care centre and said LRH’s “capacity to treat patients in Traralgon is as advanced as anything on offer in Melbourne”.

He said about 1500 Gippslanders were diagnosed with cancer each year.

At the time of going to print a spokesperson from Kane Constructions was unavailable for comment.