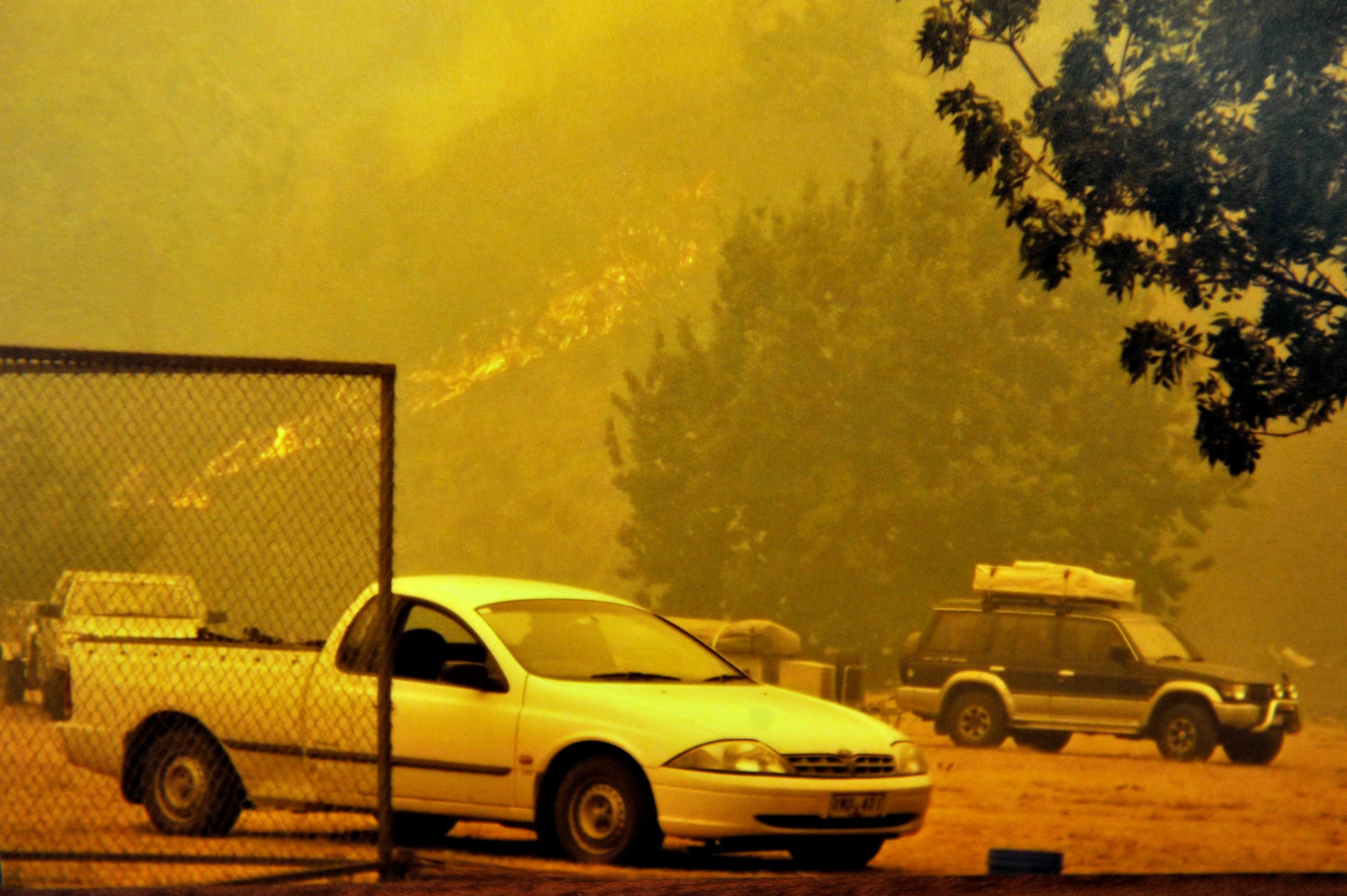 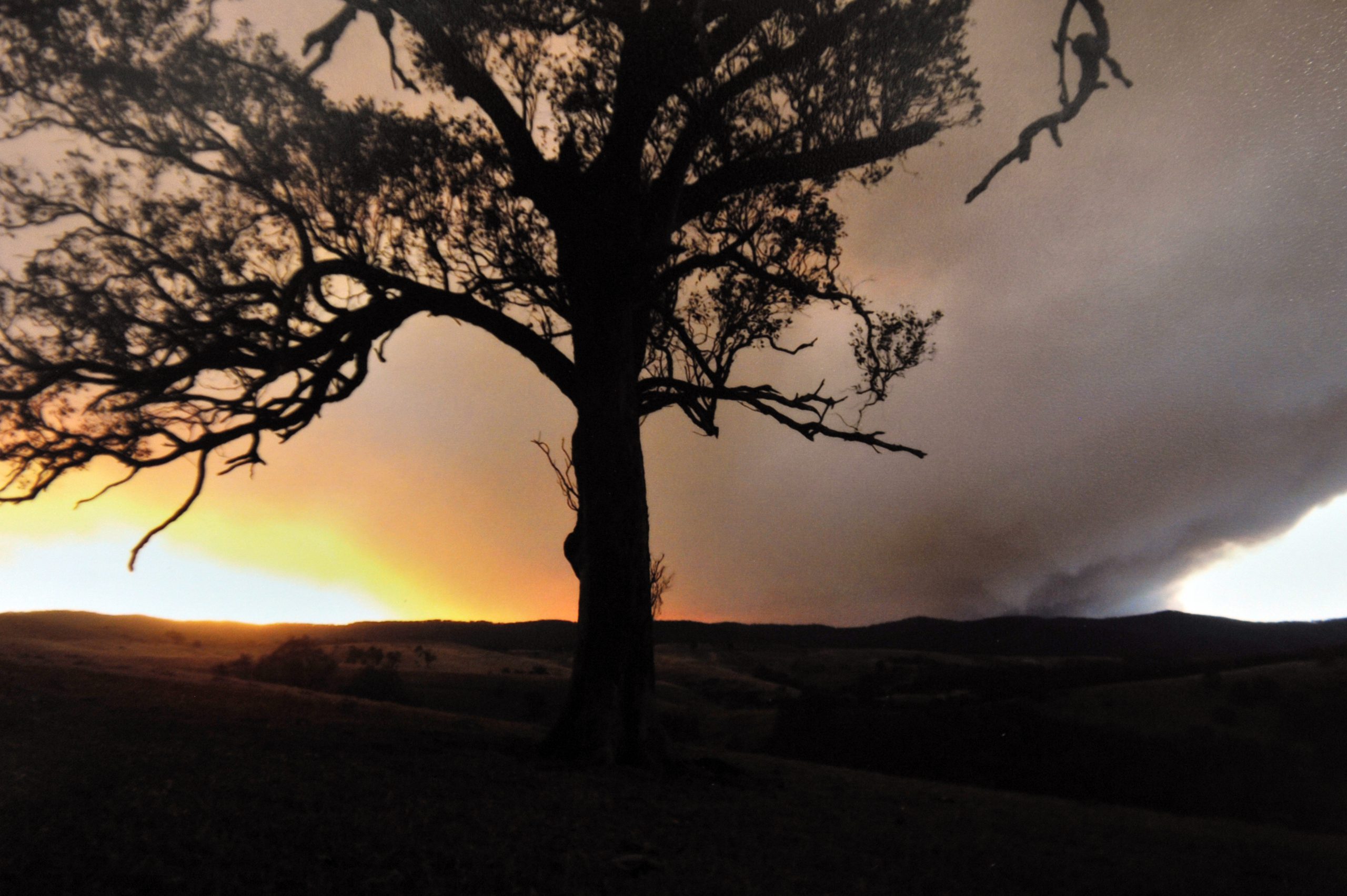 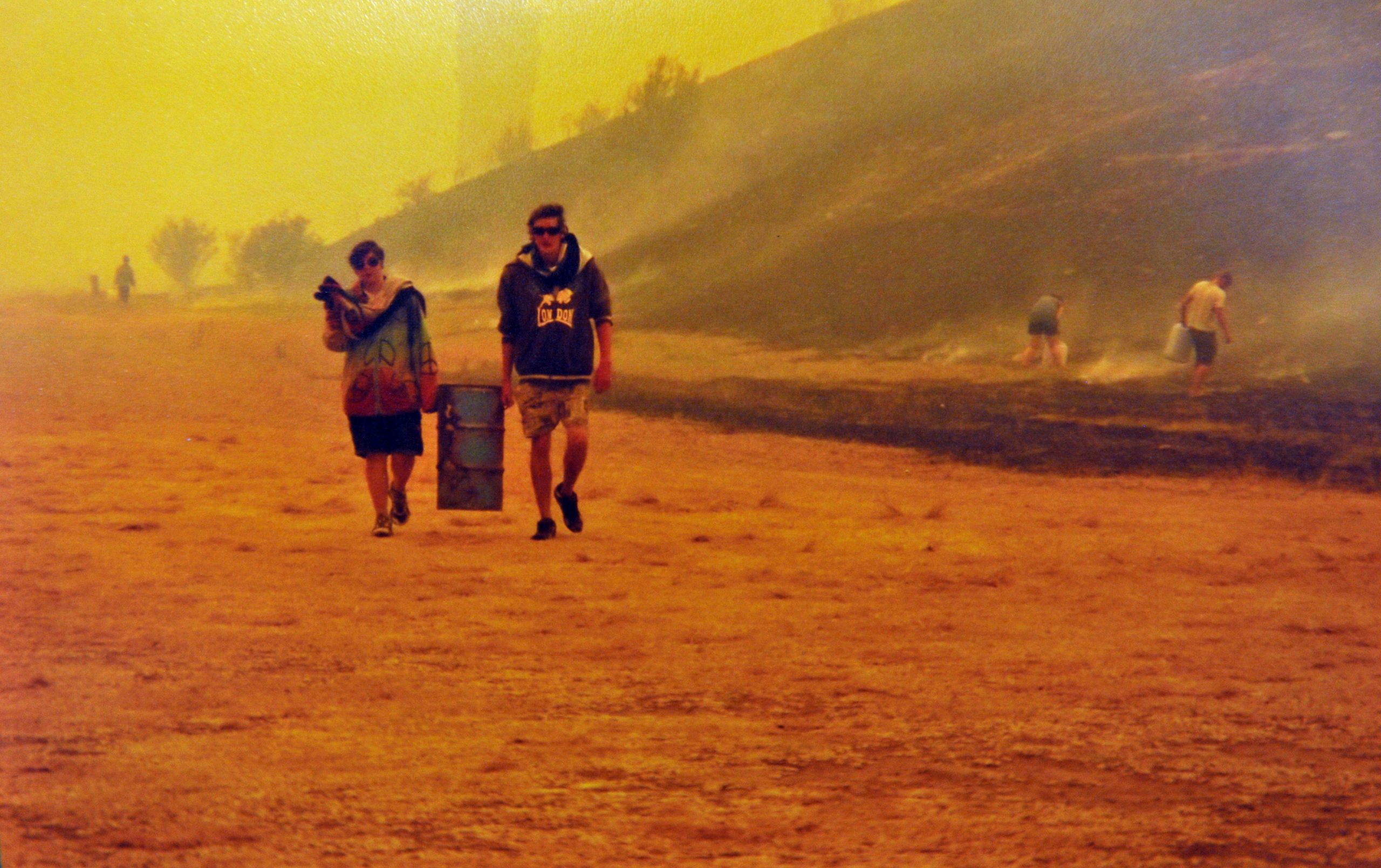 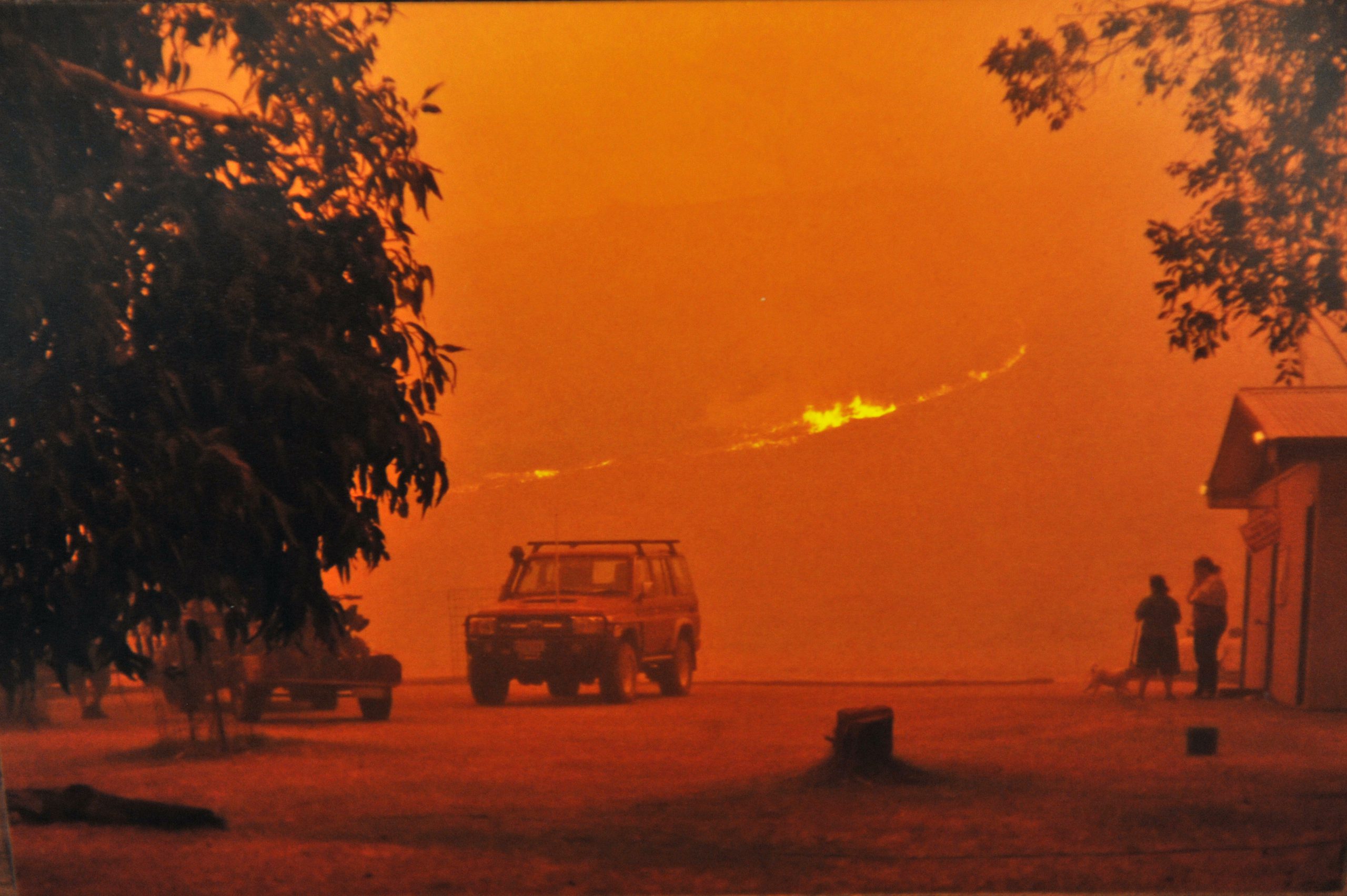 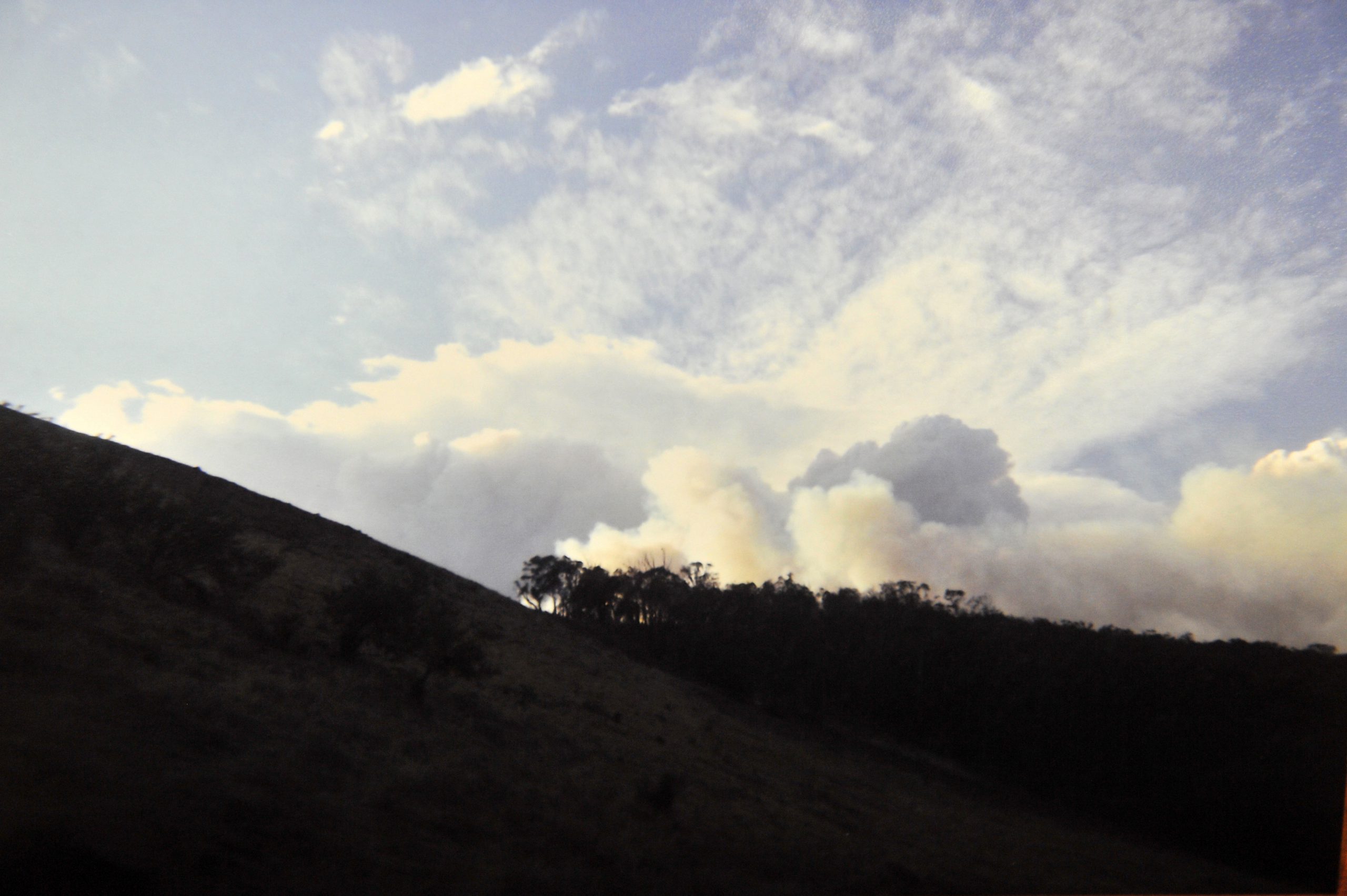 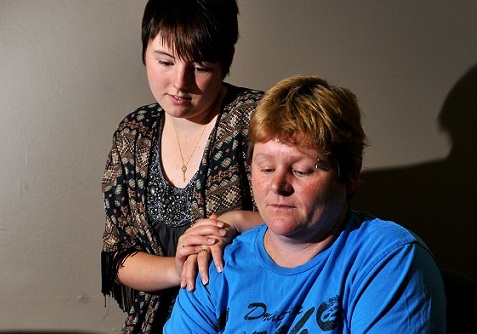 WITH a two year-old child in their care, the last thing a group of seven friends from the Latrobe Valley camping in Paradise Valley near Heyfield wanted was to put themselves literally in the line of fire.

But despite assurances from camping park management they were safe from a fire raging nearby, the group, and about 40 others, wrapped up in wet towels and huddled together in a barbecue area, feared the worst as they felt the intensity of the fire approaching them on Friday, 18 January.

Morwell resident Cherrie Kaufmann, who had been camping with her 17 year-old daughter Alexandra and her boyfriend, as well as friends who had their toddler grandson with them, said there was no sign of fires when they left the Valley to go camping.

Despite the Aberfeldy-Donnelys fire starting Thursday morning, Ms Kaufmann said park management advised them that afternoon they were “not in any danger and were completely safe, so we made the decision to stay”.

“Us and the others thought we will stay; 100 other people had left, leaving their stuff behind.

“I kept thinking, ‘he said we’re safe, he knows what he’s on about’, but on Friday morning we could feel the heat rolling down the hill and the roar of the fire.”

Ms Kaufmann said when the group was huddled in the makeshift refuge, which had no walls and a tin roof, with damp towels wrapped around them, she regretted not leaving sooner, but reiterated “it was our choice to stay”.

“The wind changed so fast,” she said, adding her biggest concern was the radiant heat and smoke inhalation.

“Looking at the horror in my daughter’s eyes and trying to say to her, ‘we’re not going to die today’, because she honestly believed we were, even I thought it was time.”

Ms Kaufmann said it was hard to tell how long the group spent huddled in the blackness as the fire roared past them.

“It seemed like hours…but it was incredible, everyone was scared, but everyone was helping everybody else which was really nice,” she said.

“About 1.30pm, someone from the (Department of Sustainability and Environment) got in to us and said we’re leaving in three to five minutes; everyone was packed so we all got in our cars and followed him out.

“When we got to Heyfield, they just waved us off… it was unreal, we were wondering ‘did that just happen?'”

In the days after their close call, Ms Kaufmann said she felt “all right” but believed her daughter was still deeply affected by what they experienced.

“We were driving through Traralgon (recently) and I pointed out the water-bombing helicopters…she had her sunnies on, but I could see tears running down her face”, Ms Kaufmann, who experienced the Ash Wednesday fires in Kinglake when she was about 12 years old, said.

“Other than the fire, the time spent camping was really good, really relaxing… it really was paradise up there.”

Alexandra, who will begin year 12 at Traralgon College on Wednesday, said she was fine as long as she did not mull over the incident.

“That’s when I start to get upset,” Alexandra, who is studying photography, said.

“When we woke up that morning, I thought (the glow) was sunrise, but it was the fire.

“The absolute best feeling was when the (DSE staff) told us the firefighters knew we were there and they were just over the hill.”

The manager of Paradise Valley Camping Park was not available for comment at time of going to print.