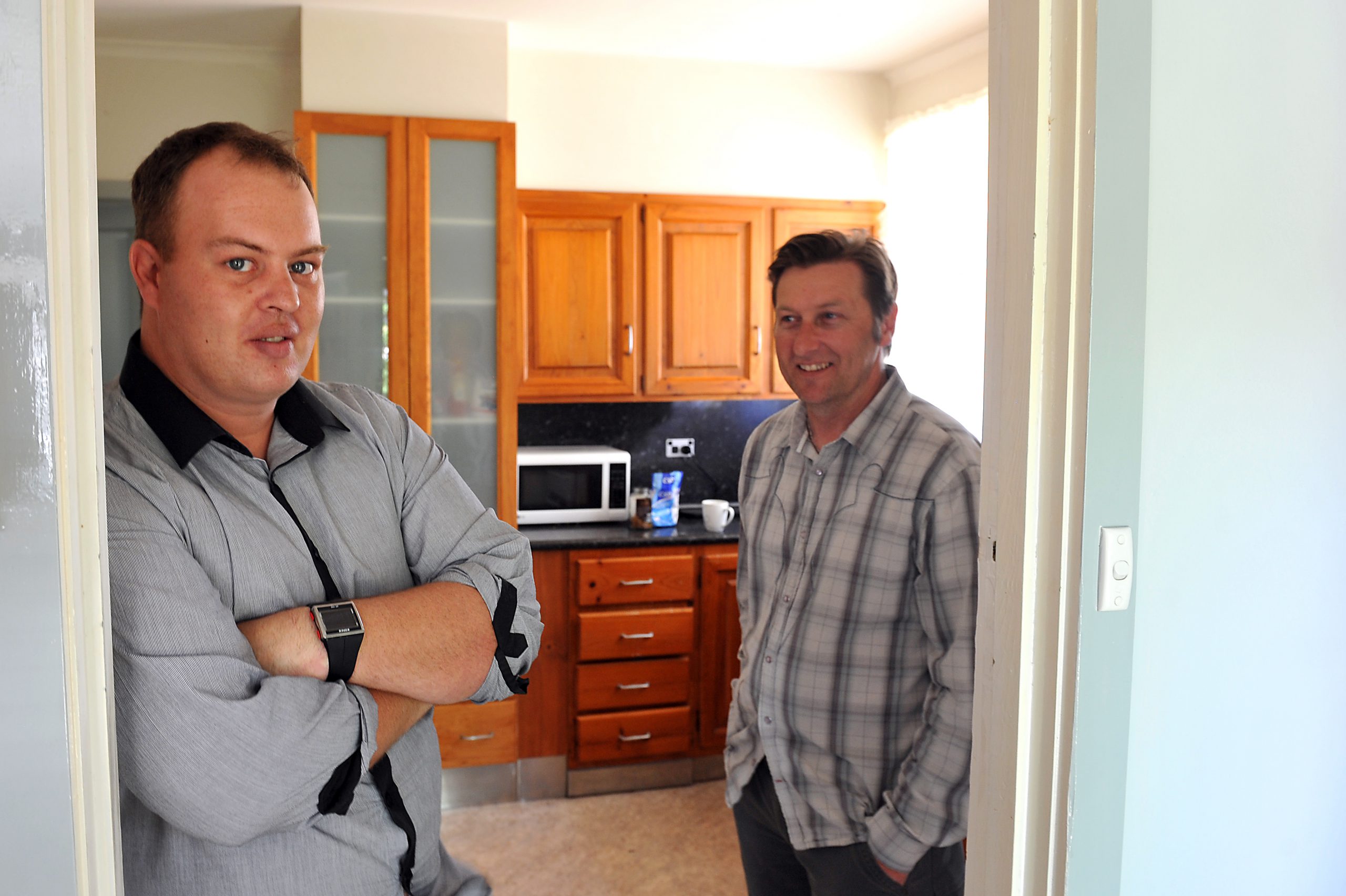 MONTHS ago Ray’s home was a room he referred to as his “cell” in a local boarding house.

Today the 32-year-old, who has long been stuck in a cycle of unstable housing arrangements, counts himself lucky to have found his way into the Doorway project.

Ray was referred to the housing and support demonstration project, being trialled in Gippsland and Melbourne, by Latrobe Regional Hospital’s mental health services team.

Assigned a ‘housing recovery worker’, Shane Spence, with whom he has a good rapport, Ray said the most supported he had ever felt in a living arrangement was “now”.

“Before this, I had not lived in anything for very long,” he said, referring to the neat private rental in Morwell he now calls home.

“Without Shane’s help I would be stuck in the boarding house because I didn’t have any idea how to do the paperwork and process things.

“The hospital put me onto the Doorway project and Shane got me this house within two weeks… I even got to look at a few houses and I got the one I wanted, it is in a good neighbourhood and it is really quite a nice house,” Ray said.

“It is one of the best houses I have ever lived in.”

He said feeling safe and supported in his house “makes a lot of difference to me”.

“In the boarding house I had people always walking past my room, knocking on my door, the police were coming all the time… not having to worry (about that), and people giving me grief, is really good,” he said.

Ray said he hoped Doorway could be expanded, past its current funding period to mid-2014, to allow other vulnerable people the same level of support.

“She was couch-surfing with nowhere to go and having a home has bought everything together for her,” Ms Kelly said.

She said project participants had battled a range of social issues including unemployment and family and relationship breakdown.

“They have often been in the cycle of homelessness for a long time,” she added.