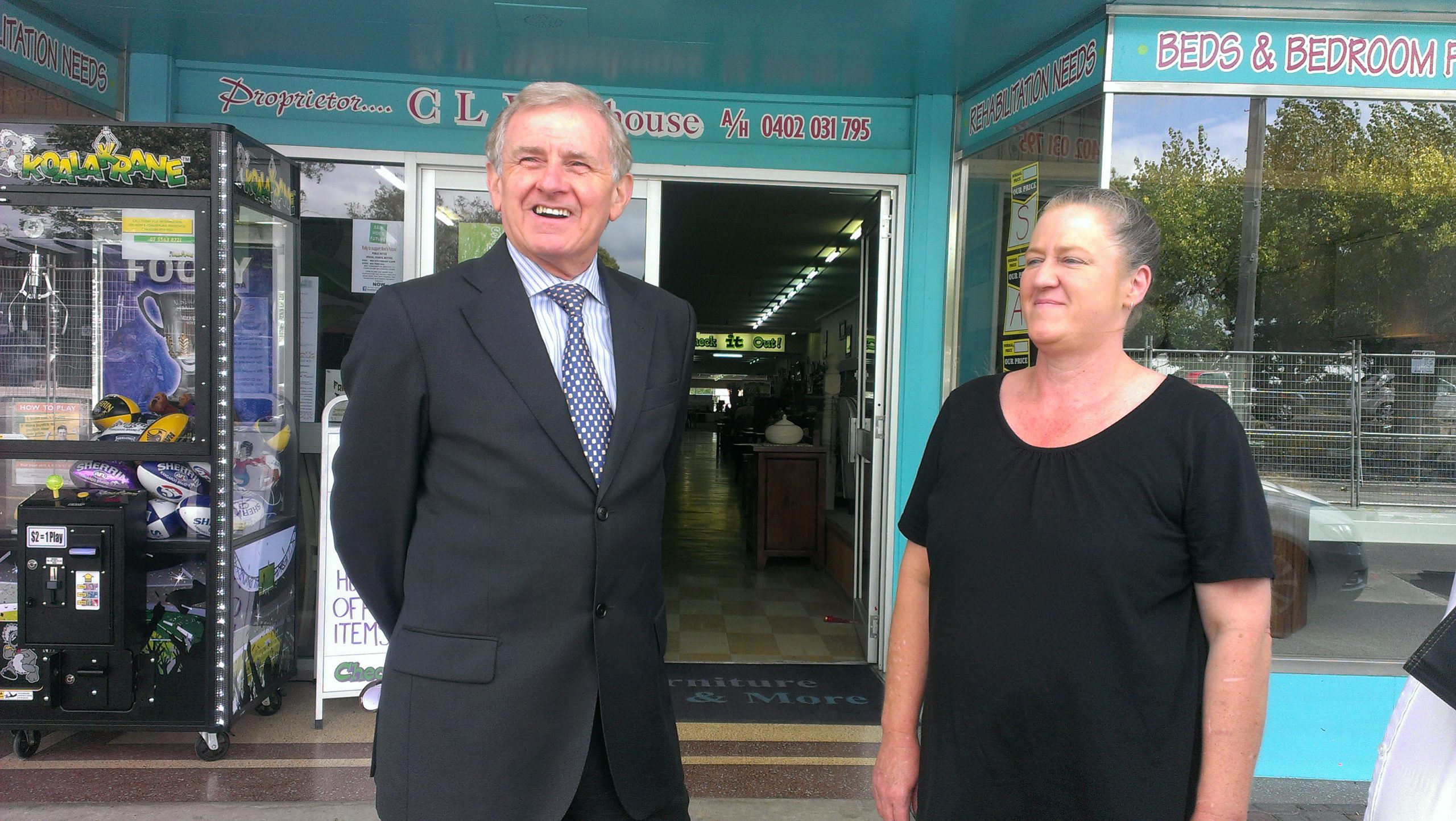 A senior Federal Government minister has warned the Moe revitalisation project will not be considered for funding if it continues to be “blocked by certain councillors”.

Regional Development and Local Government Minister Simon Crean met privately with business groups and members of the ‘Save Moe’s Future’ lobby on Friday in the wake of Latrobe City Council’s review of the Moe Activity Centre Plan.

“The traders asked for the meeting because they’re having difficulty progressing this development which we put money into for the feasibility study,” Mr Crean told The Express.

Mr Crean said he understood large numbers of people wanted the project to go ahead but it wouldn’t get to “first base” if “certain councillors continue to block it”.

“We’ve committed resources for the economic diversification of Latrobe Valley and Gippsland. There are competing priorities. This is in amongst the mix, but it’s going to miss out from even any consideration if it’s blocked,” he said.

But Mr Crean said as well as public support, an important consideration was whether the project “stacked up”.

“We tried to keep it at a community level, but we’ve gone to his department and we’ll do the same with the State Coalition Government as well,” Mr Law said.

“We pointed out to Mr Crean that from the community’s point of view, the Moe CBD hasn’t received major government infrastructure and this was the first thing that was going to provide something to the community socially and commercially.”

The minister took the community’s concerns to a subsequent meeting with Latrobe City Council.

Mayor Sandy Kam said councillors had a “frank discussion” with Mr Crean and made it clear the project “will be continuing” and a direction will be set on 25 March.

“The minister advised us what is required for projects to be funded under the Latrobe Valley transition funding,” Cr Kam said.

Cr Peter Gibbons, who spearheaded the review, said when councillors explained the process to Mr Crean, he was “more than satisfied with what we were doing”.