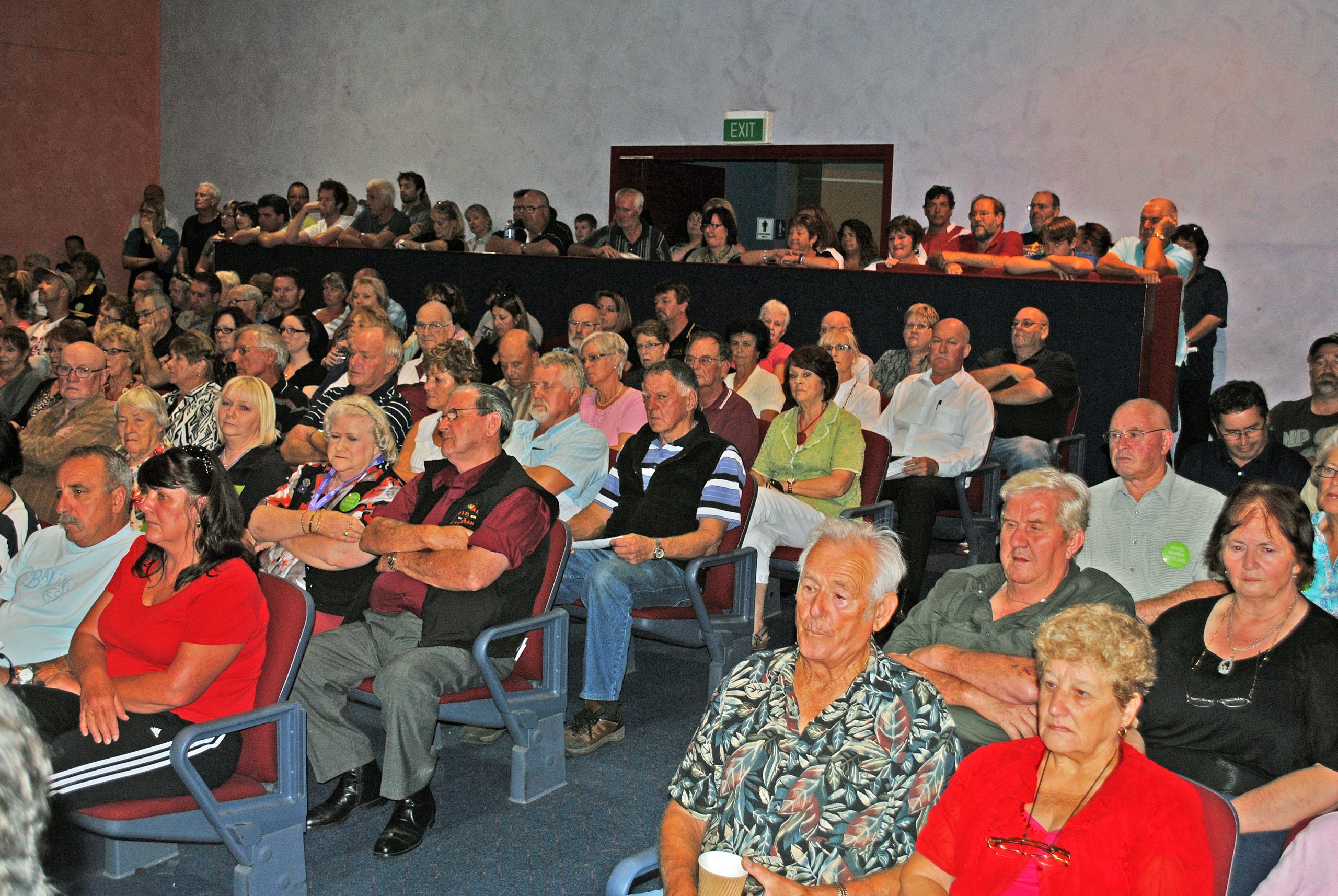 Eighteen speakers addressed the council in a packed Moe Town Hall on Wednesday night as part of a review of the project.

The majority of speakers, who had been part of previous community consultation for the Moe Activity Centre Plan, condemned the review and called on the council to resume the project.

It features a revamp of the railway precinct including a community hub and library, along with an in-ground skate park.

Four speakers retained major concerns for parts of the plan.

Others either reiterated their support for the design, or recanted their previous objections, they said, as a result of further examination or simply to allow the project to move forward.

Chair of the meeting, deputy mayor Sharon Gibson forgot to call for a vote at the beginning of the evening to allow standing orders to be suspended so the residents could address council.

Councillor Graeme Middlemiss raised the issue at the conclusion of the public speaking time and a re-wording of council’s resolution enabled the comments’ admission.

The results of the meeting will be considered on 25 March as part of the review.

The design of the railway precinct emerged as the major concern of some speakers including the Moe and District Residents Association, which argued the plan lacked infrastructure to connect the north and south sides of town which are split by the railway line.

MADRA’s former secretary Cheryl Wragg said there was no provision for buses to safely turn around.

“What can the council afford and what does the community need? Not want, but need?,” she said.

Fears about a lack of parking in the proposed streetscape were expressed not only by those supportive of the review, but others including the Committee for Moe and the Moe Traders Association.

Committee for Moe president Manny Gelagotis said he initially had “minor issues” with a lack of parking at the top of George Street, but said he was speaking directly to council about the matter as the project evolved.

“I think that’s the way you do business,” he said.

Ms Wragg challenged the council to put its design to the test and temporarily block sections of car parks to gauge the community’s reaction.

Youth skate park not so divisive

Originally a contentious aspect of the plan, the proposed in-ground skate park at the Moe rail precinct has gained widespread support among the business community.

Moe Traders Association president Christine Waterhouse said further inspection had led her to support the skate park as it would be part of a youth precinct.

“I couldn’t hold something up that was so dear to so many people,” she told the meeting.

“As a retailer I felt the skate park would be detrimental to the CBD, but subsequently I think it will be an asset to the CBD,” he said.

“I cannot believe the number of people young and old who come into my business to talk about this.”

Community leaders expressed fears the review had done irrevocable damage to Moe in the eyes of public and private investors.

Former State Member for Morwell and Latrobe City mayor Brendan Jenkins said the review had prevented the council from being able to make requests of the Federal Government which was “now in election mode”.

“When these sorts of projects get stopped, they get wiped off the board,” he said.

“Moe Football Netball Club has been struggling in the past two years and we need help. The perception that Moe has stalled is not helping us at all,” he said.

General practitioner Dr Vaughan Speck said “when you’ve got a council that flip-flops, you’d have rocks in your head to invest in this place”.

At times the meeting became a forum for residents to air their disappointment in council and its decision to hold the review.

“This has been created by a lack of understanding of this role, if you have any decency and respect for the people of this town, you will listen,” Mr Gelagotis said.

Ms Waterhouse asked councillors in the final portion of her allocated three-minute address to sit in silence “and think about the economic and emotional impact of the review on the community”.

Dr Speck described the review as an abuse of the democratic process.

“I have a sense there are some people who will keep it going until they get their way,” he told the meeting.

A spirited town in ‘desperate’ need

Many speakers highlighted a desperation among residents to move away from decades of a lack of investment.

“This will spark Moe’s resurgence and will give people hope they have a place in this city and I think we’re starving for that,” Mr Gelagotis said.

Moe businessman Brad Law ended his speech with a message to council: “you will never crush the spirit of this town and its pride and its passion”.

It was the third instance Victoria Police had been asked to oversee council meetings involving the MACP.

Mr Jenkins criticised the move, saying “the people of Moe are not a threat”.

“We no way needed Victoria Police who could be occupied elsewhere.”