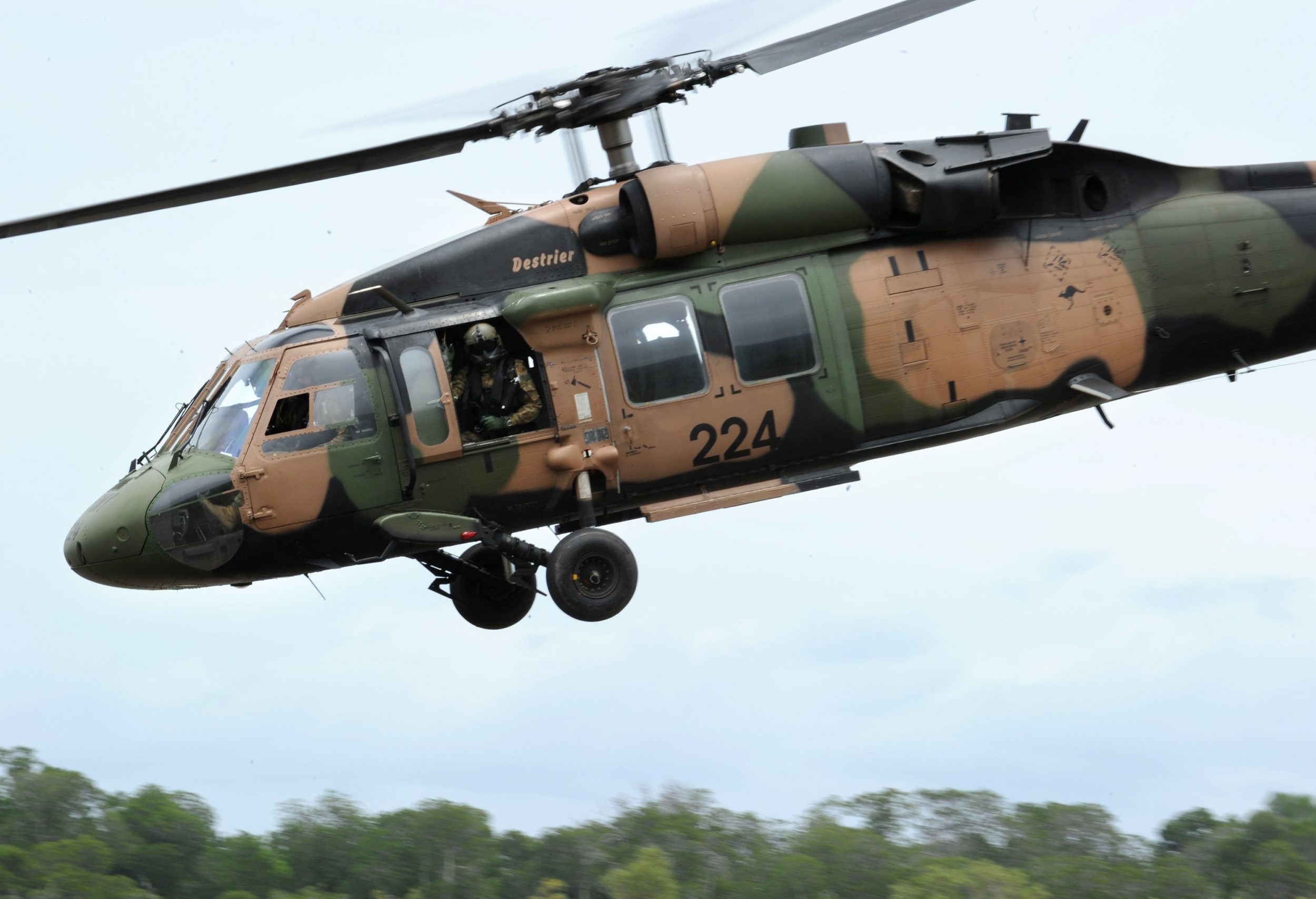 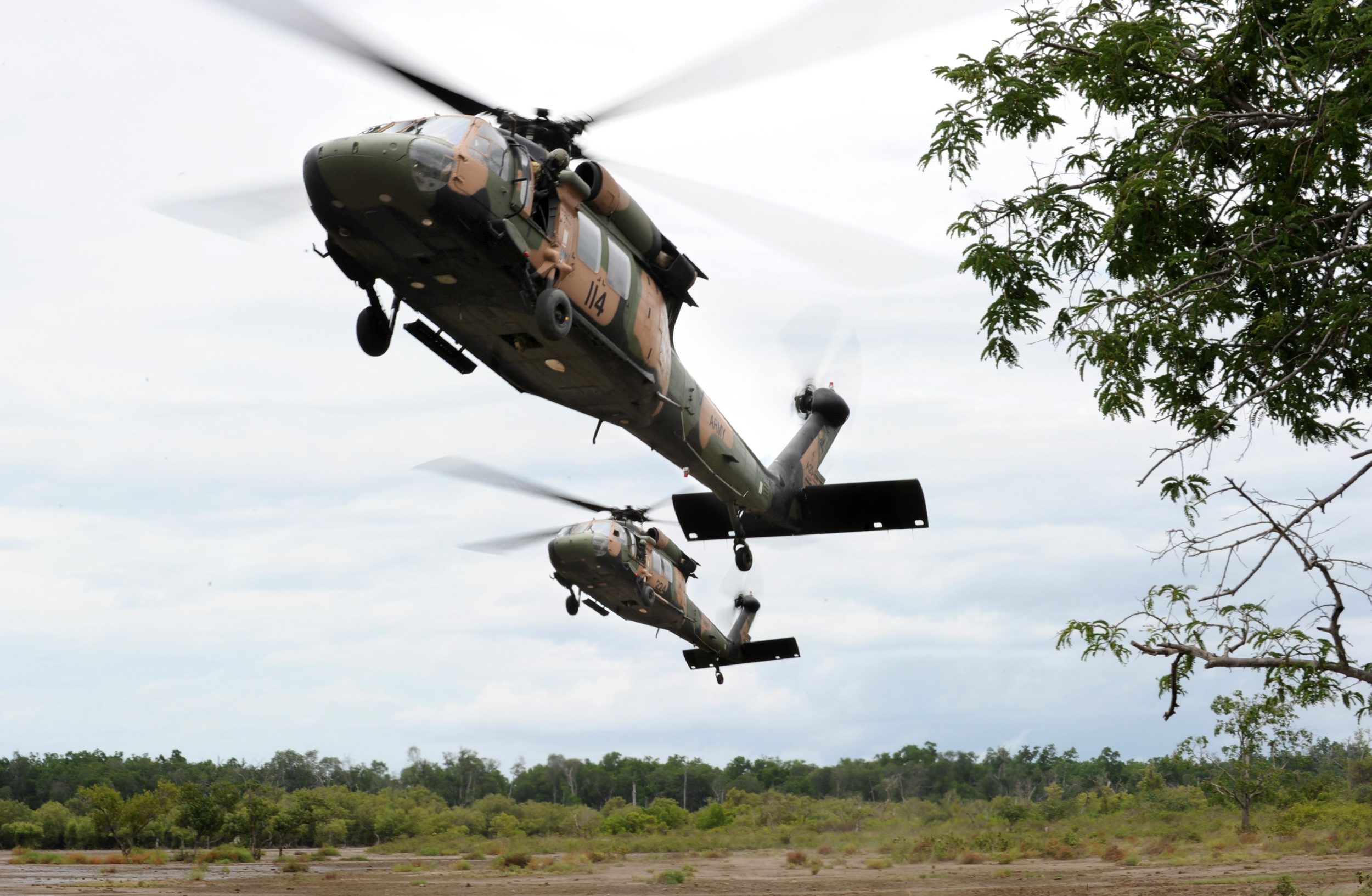 THE thundering sound of Black Hawk rotor blades could be heard chopping through Latrobe Valley skies Monday, as Loy Yang mine and power station became a military playground for the Australian Defence Force.

Up to five Black Hawks, the army’s premier mobility and battleground support helicopter, were undertaking flight exercises in and around power station infrastructure as part of a statewide training operation.

According to an ADF spokesperson, the exercise provided a realistic test of defence capabilities, by putting pilots and aircrew from the Sydney-based Sixth Aviation Regiment through a range of flying conditions.

Sixth Aviation Regiment executive officer Major David Knaap said prior to the exercise some local residents were informed by a letter drop, however The Express

received a number of curious inquiries about the helicopters on Tuesday.

Morwell resident Craig Gittos said he heard the Black Hawks fly “rather low” over his home at about 9.30pm, in a flyover which “shook the house to the hilt”.

“I wondered what the hell was going on; it was pretty scary for the kids and was a bit of a shock to everybody,” Mr Gittos, a self-described helicopter enthusiast, said. The statewide exercise covered a range of urban and rural environments, including operations at Fiskville, Geelong, the Melbourne central business district, and at HMAS Cerberus.