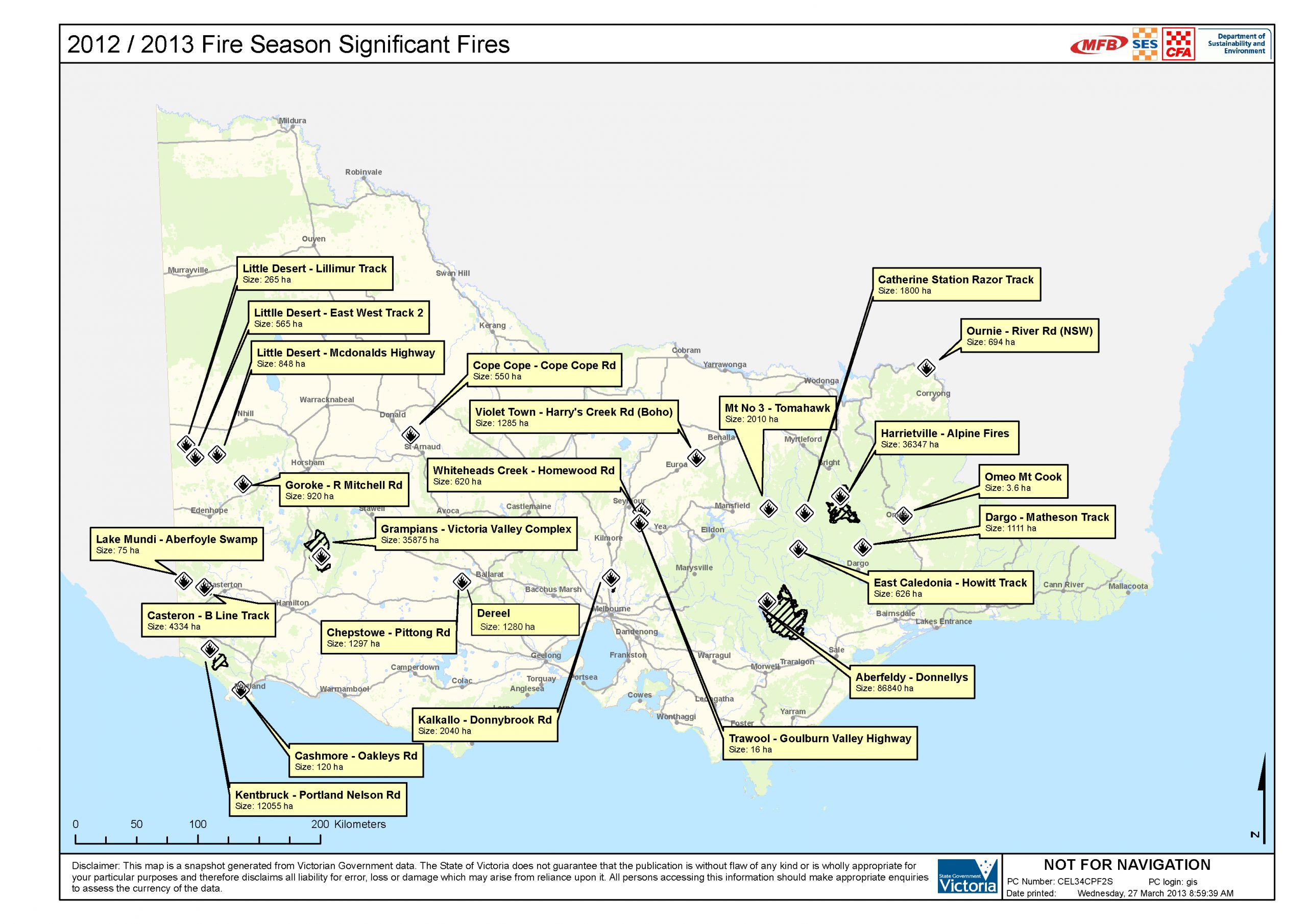 Authorities battled 565 grass and bushfires across Gippsland this summer, during Victoria’s most active fire season in four years.

It was the fourth most active fire region outside Melbourne, with the Hume area recording 776 fires.

Across the state, more than 190,000 hectares of land was burnt between December and March, 46 houses were destroyed and four firefighters lost their lives.

“While it was predicted to be an average fire season, above-average temperatures and dry fuel loads increased the potential for fire activity across Victoria in January and February and resulted in fires that were intense and fast-moving, with fires running through the night,” Fire Services Commissioner Craig Lapsley said.

“Volunteer and career firefighters have done an exceptional job controlling a large number of fires across Victoria quickly.”

The fire danger period ends today across Gippsland, but the Country Fire Authority has reminded residents to check their local laws and the weather forecast before burning off.