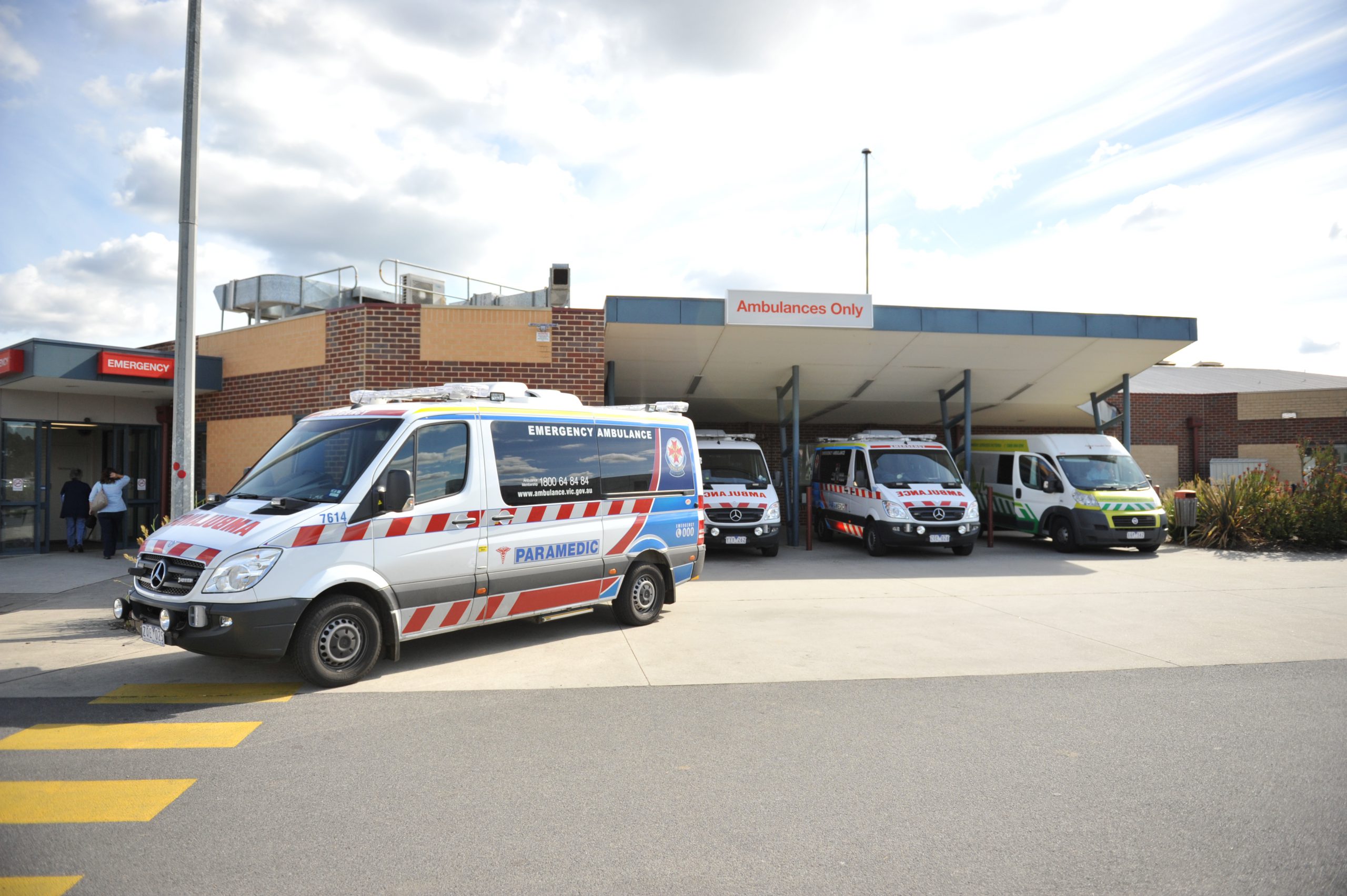 There are claims new data on ambulance ‘ramping’ at Latrobe Regional Hospital are evidence of a “gridlocked” system.

The State Opposition said documents just released by Ambulance Victoria showed a 281 per cent jump in ramping hours at LRH – “the state’s largest percentage jump” – and found in the last six months of 2012 ambulances waited, on average, 198 hours per month outside LRH, up 146 hours since 2010.

LRH chief executive Peter Craighead said, however, the data “did not give an accurate picture of transfer times”.

“It is wrong to look at the total number of hours taken to transfer patients in isolation, because it does not take into account the number of ambulances arriving at LRH or the number of patients that need to be transferred,” Mr Craighead said.

He said the number of ambulances arriving at LRH had “increased exponentially” but the hospital was “exceeding targets” for the transfer of patients.

He said benchmarks required the hospital to have 90 per cent of ambulance patients transferred within 40 minutes of arrival and it currently transferred 97 per cent within that time.

A long-serving local paramedic, who did not want to be named, told The Express ambulance ramping was a genuine problem and “the end product of a lack of forward planning by the former Kennett Government” when it built LRH in place of several former hospitals and failed to plan for “the growth of this area and how a hospital would cater for it”.

“It is a very complex issue but they (ambulances) need to be able to get patients off stretchers, they need the ability to off-load them but LRH doesn’t have that capacity as it needs more space available within the hospital itself.

“It is like traffic congestion in Melbourne, it has evolved because there has been no planning by governments, they have put their heads in the sand and hoped it would go away.

“The solution is spending money, the hospital needs to expand its accident and emergency,” the paramedic said.

“They can talk about statistics until the cows come home, whether they are right or wrong and how quickly patients get off the stretchers, or don’t, but they need to spend money now and plan, not for the capacity for an extra 10 patients, but for the needs of the next 20 years,” he said.

LRH has bid, over the past several years, for $65 million from the Federal Government’s health and hospitals fund for a new emergency department as well as more endoscopy facilities and acute beds but has been unsuccessful.