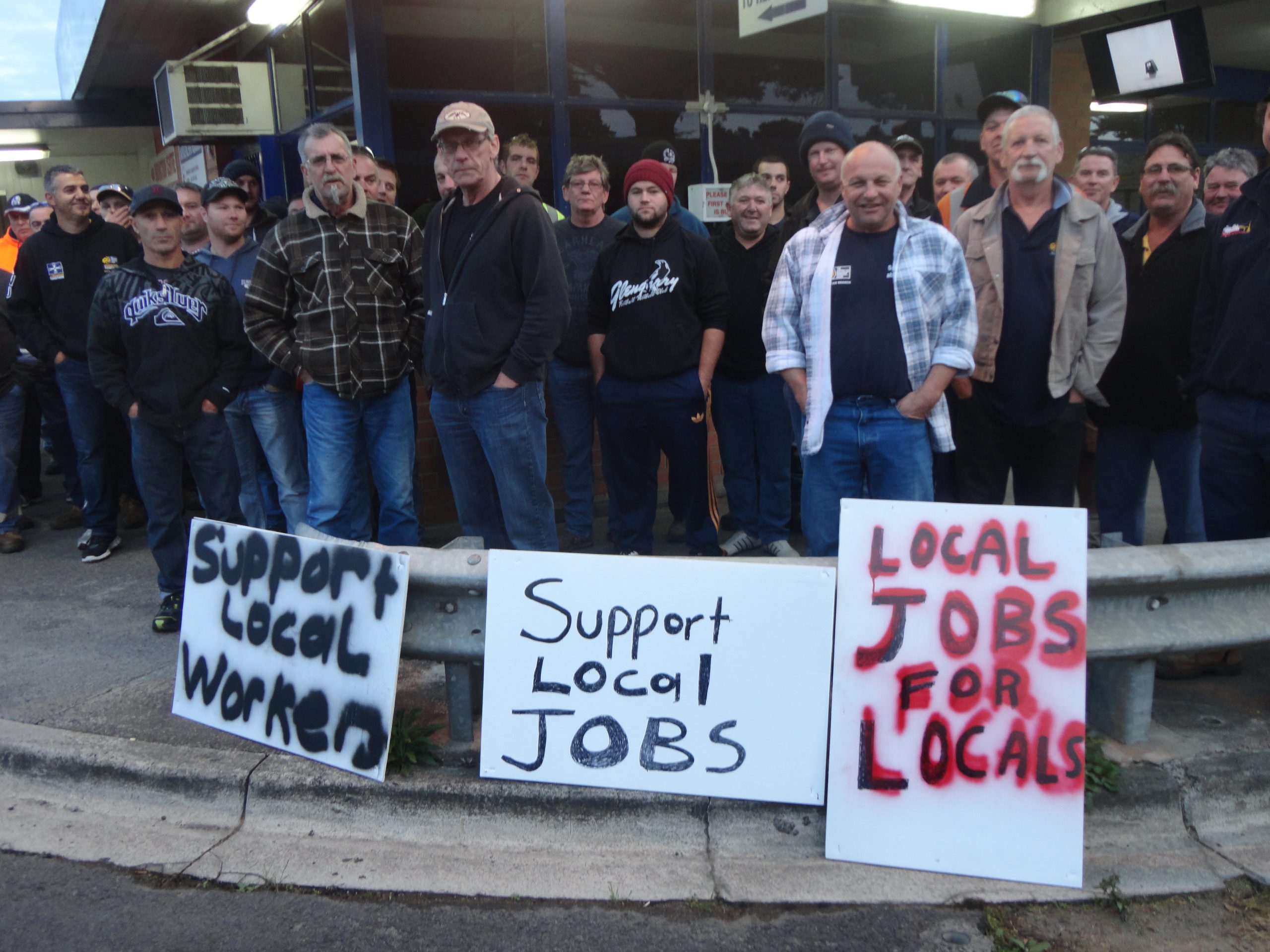 About 70 Latrobe Valley workers from a range of trades this morning called on Australian Paper to focus on local jobs.

Gathered at the entrance to the Maryvale Mill, the workers vowed to continue to campaign for the company to employ locals, after the next phase of a multi-million dollar recycling plant was awarded to Melbourne-based contractor John Beever earlier this month.

While the stage of the project would only require four to five workers, the community fears the trend will continue for the larger portions of construction.

“They’re currently engaging Melbourne-based companies who are using sub-standard EBAs that don’t reflect the wages and conditions that the site unions have been in negotiations (over).”

Australian Paper’s general manager of human resources Mark Nelson did not confirm whether the workers had been sacked, but said they were on “indefinite strike” as part of industrial action over stalled enterprise bargaining negotiations.

“Our response has been to directly hire scaffolders locally,” he said.

Meanwhile, Mr Nelson said more than 50 per cent of workers on the preliminary stages of the recycling project were locals.

“(In the next stages of the project) we are confident the contractors will source a significant amount of work from the local area, but again, the unions have to finalise their EBAs in order to allow that to happen.

“All the contractors know we’re not going to put contractors on that don’t have current and in-force EBAs because it exposes us to potential industrial action.”