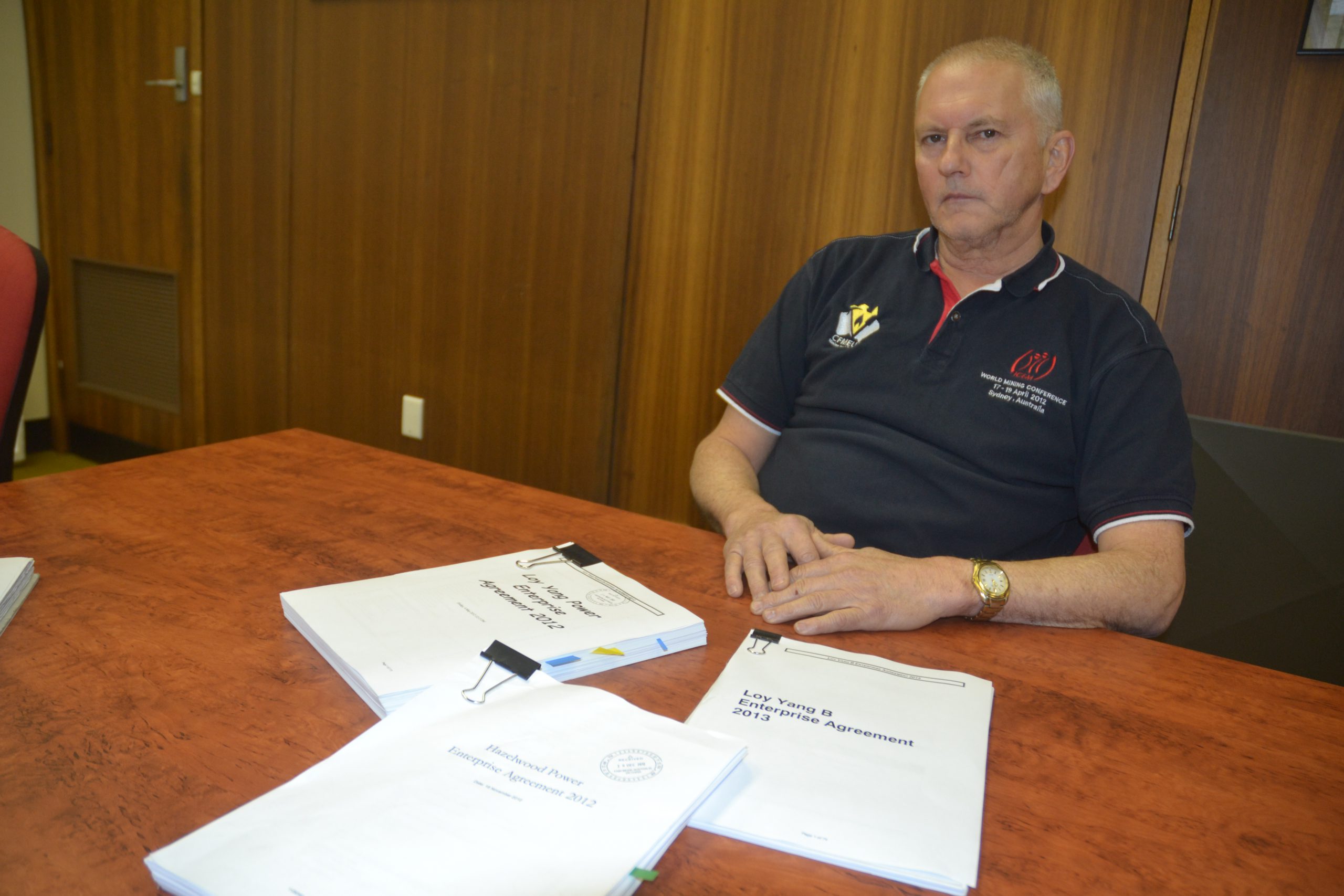 UPDATE: ﻿The period during which workers will vote whether to accept a counter-agreement offered by EnergyAustralia has been pushed forward until next Wednesday.

Latrobe Valley’s most intense industrial dispute in more than a decade has drawn a former federal cabinet minister off the backbench, as the stoush enters a crucial voting period.

Making his first public statement on the industry since resigning from cabinet during the failed leadership challenge fallout in March, former Energy and Resources Minister Martin Ferguson has called for “maturity” in the stalled enterprise bargaining negotiations at Yallourn Power Station.

Mr Ferguson, a former president of the Australian Council of Trade Unions, said with demand for electricity having dropped 4.4 per cent – equivalent to 3000 megawatts or twice Yallourn’s generation output – there was intense competitive pressure on the Valley’s power stations.

“In my 20 years as a union official, I always took a negotiating approach that was mindful of the economic conditions facing employers on the other side of the table. I saw industrial action as a last resort once a genuine effort had been made to find productivity improvements,” Mr Ferguson wrote in a letter published in today’s Express.

“It is important to get the balance right; this includes employers consulting with workers regarding any changes to operations, but let’s be sensible about it: a business has a right to manage its operations to meet the interests of shareholders, as well as employees.”

While EnergyAustralia is offering a 25 per cent pay rise over four years, the impasse has developed over the CFMEU’s demands for conditions ensuring worker security and a consult and agree clause, under which the company would be required to seek the workforce’s approval for major changes at the station.

“Relatively speaking, the Valley power industry has been very quiet industrially; that’s because we have clear guarantees and rights for our workers – a resolution process enshrined and agreed upon,” Mr van der Meulen said.

“Do we want industrial relations to be like they are in construction industry when every time there is a disagreement they have to walk out?”

Mr van der Meulen said without job security clauses in EnergyBrix Power Station’s agreement, workers at the ailing station would have been forced out without entitlements during a major scaling down of operations last year.

“Every single worker left that station voluntarily because of that agreement, which is how it should be,” he said.

Next Wednesday marks the beginning of a two week period during which eligible workers will vote whether to accept a counter-agreement offered by EnergyAustralia, in an attempt by the company to bypass the CFMEU and break the deadlock.

Today marks the beginning of a protection ballot voting period, in which CFMEU members will vote to action a range further forms of industrial action, which could affect power station generation, including further possible walkouts.

However Mr Hardy conceded EnergyAustralia maintained a “significant advantage” in its ability to resist industrial action.

He conceded with only 120 of the 214-strong workforce covered by the EA agreement, there was enough trained operators on hand to keep the station operating during walkouts.

A well-placed industry observer said after a crippling industrial dispute in 2000, which cost the then station operator Yallourn Energy close to $150 million to strip enterprise agreements of “very restrictive work practices”, EnergyAustralia would not relinquish the hard-fought gains.

“They’ve achieved what they have in 2000 and the would certainly be reluctant to go back in time after what it cost them,” the source said.

“Although it’s unclear as to whether they would be able to continue to operate the power station for longer periods of walkouts.”