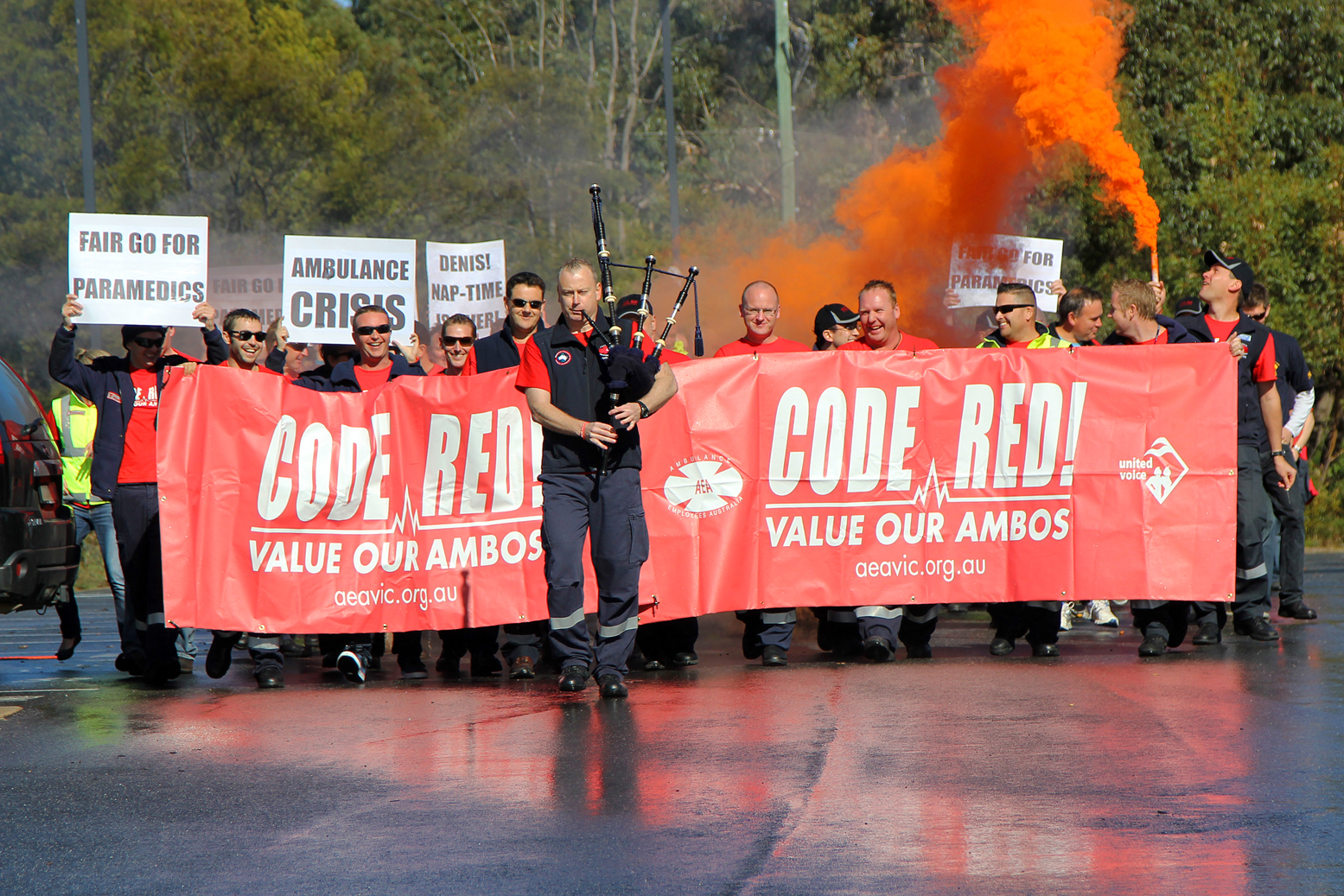 Numerous local incidents reported in past weeks highlighted the widening gap between paramedics’ caseloads and the resources afforded to them, according to union and paramedic sources.

Mr Andrews referred to a man who suffered a serious anaphylactic reaction and waited 34 minutes for an ambulance, but was attended by “a group manager… in his own private vehicle”.

Ambulance Employees Australia Victorian general secretary Steve McGhie confirmed two group managers, in a sedan, had attended the Neerim South man in the absence of any other vehicles being available.

He said the response was “highly unusual” and was “a desperate move by Ambulance Victoria to respond in that way and then transport a patient (to Latrobe Regional Hospital) in such a condition, in a sedan”.

State Parliamentary Secretary for Health Wade Noonan said he understood on the same Sunday night in Gippsland “in an intense 90-minute period there were three code one emergencies to handle and responses took over half an hour” to attend.

“I have lost count of the numbers of people (in Gippsland) who have faced these lengthy delays and I think (the information) is coming to us through a sense of desperation from paramedics carrying the weight of expectation of the community over and above their capacity to deliver,” he said.

Ambulance Victoria failed to respond to The Express’ request for comment on this case.

In response to another claim by local paramedics that a Moe man who suffered a fatal cardiac arrest recently was first sent a ‘single responder’ and a “period of time” lapsed before a two-man MICA crew arrived, Mr McGhie said a cardiac patients’ best chance of survival required a stretchered ambulance to arrive and transfer them quickly to hospital.

Long-serving local paramedic Tony Davis said in another recent local incident the Moe night shift crew was ‘ramped’ at the West Gippsland Hospital in Warragul when they were called to a Drouin incident, but could not attend, “so a group manager again had to attend in a car”.

State Health Minister David Davis said last week the Valley was a “key beneficiary” of its roll-out of additional paramedics, with 40 new paramedics committed to the region, 30 of whom had already commenced.

A boost to MICA resourcing also meant more country people were now within an 80 kilometre radius of a MICA unit.

Mr Davis said, however, that the roll-out had provided ‘spare’ paramedics who were “not being used productively” as they could only be dispatched as single officers and were still required to wait for another ambulance “to become free and transport the patient to hospital”.

A lack of appropriate resources meant paramedics were still “being flogged day and night and the public are waiting or not getting an ambulance at all,” he said.

State Premier Denis Napthine said, in a statement, the latest state budget had increased ambulance service funding by 3.4 per cent, up to $662 million.